Before and During COVID-19; My Depression Kept Me Moving and Still - OC87 Recovery Diaries

Before and During COVID-19; My Depression Kept Me Moving and Still

Listen to Editor in Chief Gabriel Nathan read this story:

In 1999, I had moved with my husband, Pete, to Virginia and found myself without a job or friends in my time zone. Each weekday, at 6.A.M., I got out of bed, had breakfast with my husband, and kissed him goodbye. I nursed my heavily creamed coffee while watching The Today Show in my pajamas. This was my routine.

Seeing Pete return to our apartment each evening represented the conquest of one more day. One evening he asked if I had taken a shower.

I always, always had a shower. I forgot to brush my teeth a few days here and there but, according to my own mental health guidelines, a person didn’t need to see a shrink as long as she could still manage to shower.

Blithely unaware of the transgression he had committed by daring to not adhere to my self-prescribed mental health doctrine, he continued, “Do you need to go shopping for some new clothes?”

I stared at him, hoping he would stop. When he mentioned my pajama bottoms, I could not believe he was calling me out like this after moving cross-country for him.

“I can’t exactly wear my dry-clean-only pants while I’m watching Katie Couric,” I fired back.

We both knew it was a lame excuse. The truth was that I had never been so isolated. To admit I needed help felt like a moral shortcoming. During that first, prolonged bout of depression I learned, among other things, that pants were not optional for my mental health. Still, it took almost two decades before I landed in a psychiatrist’s office. 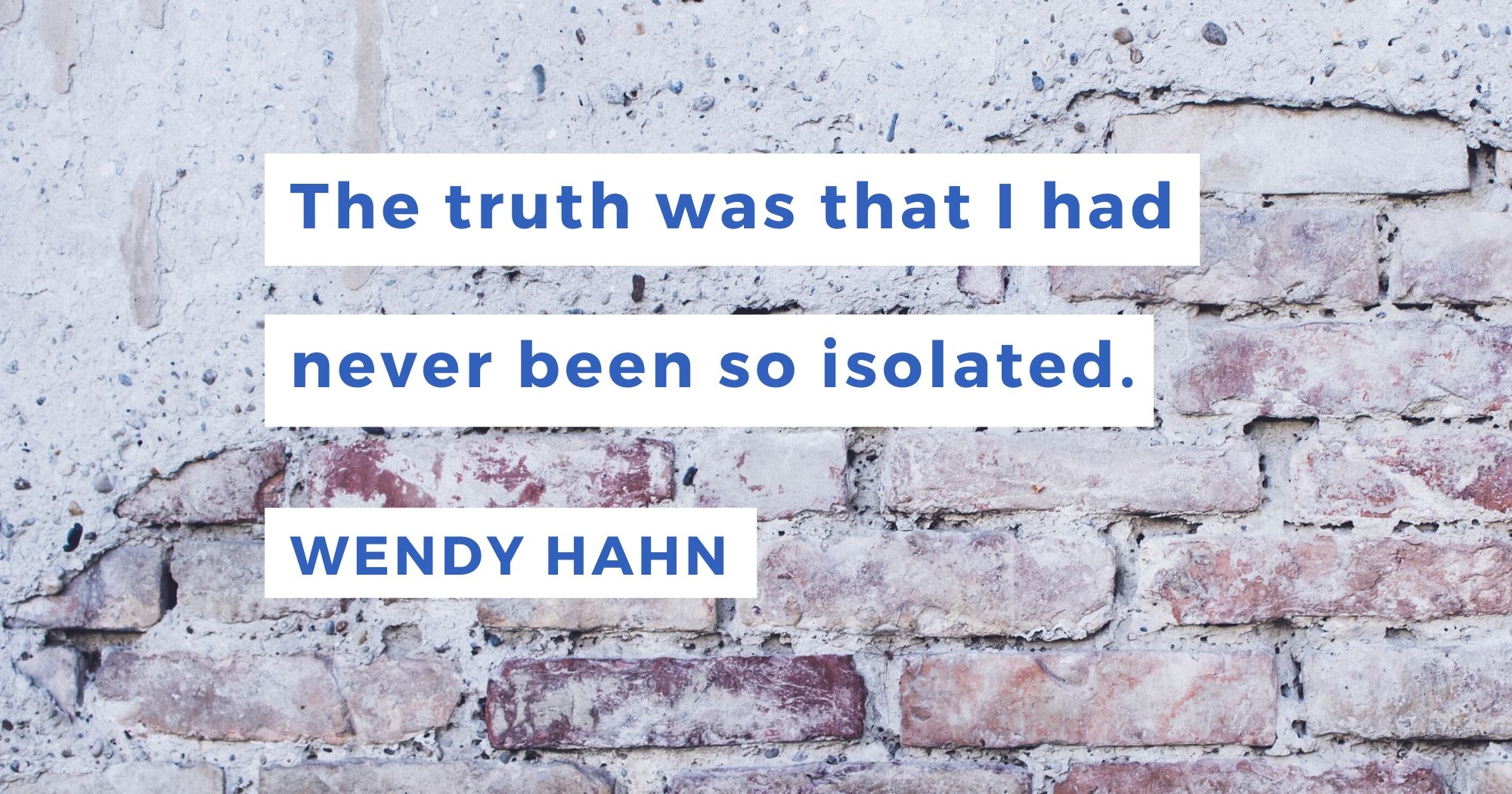 Evening and weekend walks with Pete were a carryover from my previous life that served me well. They forced me out of my pajamas. Having grown up in the high desert region in Utah near the Wasatch Mountains, I studied the new landscape that reminded me of fairy tale forests.

Halfway through this period of daily solitary confinement, my sister also quit her job and moved to a new city with her spouse. She became the one family member who was available to chat at 2P.M. when the day seemed especially long.

As the months ticked by, I shopped for a townhouse instead of renewing our yearly lease. Having a deadline gave me a focus. It became a slingshot of sorts that catapulted me into action. Within three months, I found us an end unit townhome that backed to woods in a sellers’ market, moved us to a neighboring suburb, and took a full-time job. I believed that, if I kept moving, I could outrun my depression.

We publish a new mental health recovery story each week.

Get an email with the link on Thursdays:

We adopted a Golden Retriever puppy, and Pete and I enjoyed daily walks with him. Fresh air and exercise, though, were not enough to help me overcome postpartum depression four years later. Pete’s impending business trip triggered my anxiety about taking care of my daughter alone and led to sobbing phone calls with my mom. During one, she made me promise to schedule a doctor’s appointment. I reluctantly took my first antidepressant medication after that visit.

Following the arrival of my son in 2008, my postpartum depression came roaring back with the complication of having a strong-willed, four-year-old to care for in addition to an infant. For months, I barely managed to shuttle my daughter to and from her Montessori school several blocks away. I felt guilty having her stay in the afternoons, so I could nap when her brother did. 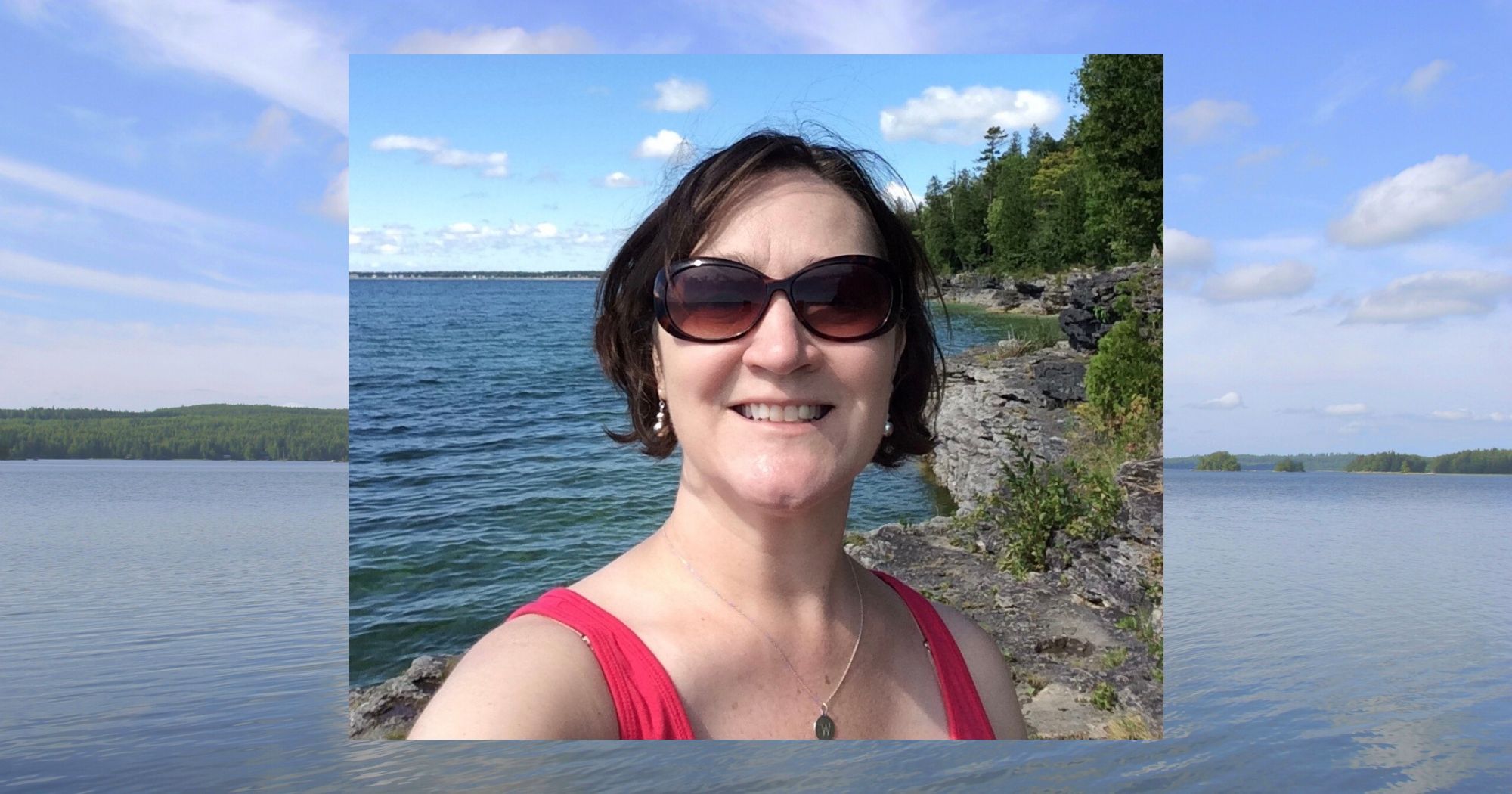 In addition to taking antidepressants, I briefly saw a therapist until the session when the woman chided me about neglecting to walk my aging dog. It felt like an attack, I retreated without engaging in a tough conversation about the depths of my depression. Instead of returning for another session with her, I sought acceptance from two friends during monthly dinners. In the spring of 2009, I plotted a move from our townhouse to a single family to jolt myself out of despair.

Without the hormonal changes associated with pregnancy and childbirth, I managed well on antidepressants until the fall of 2016. My primary care physician switched my antidepressants, which initially helped. I also adopted a rescue dog to walk each day since our Golden Retriever had died in 2011. Even with these therapies, I balled my fists and walked around with my shoulders tight, hunched up near my ears. I picked fights with relatives. With holidays and family gatherings impending, I finally scheduled an appointment with a psychiatrist in November of 2018. 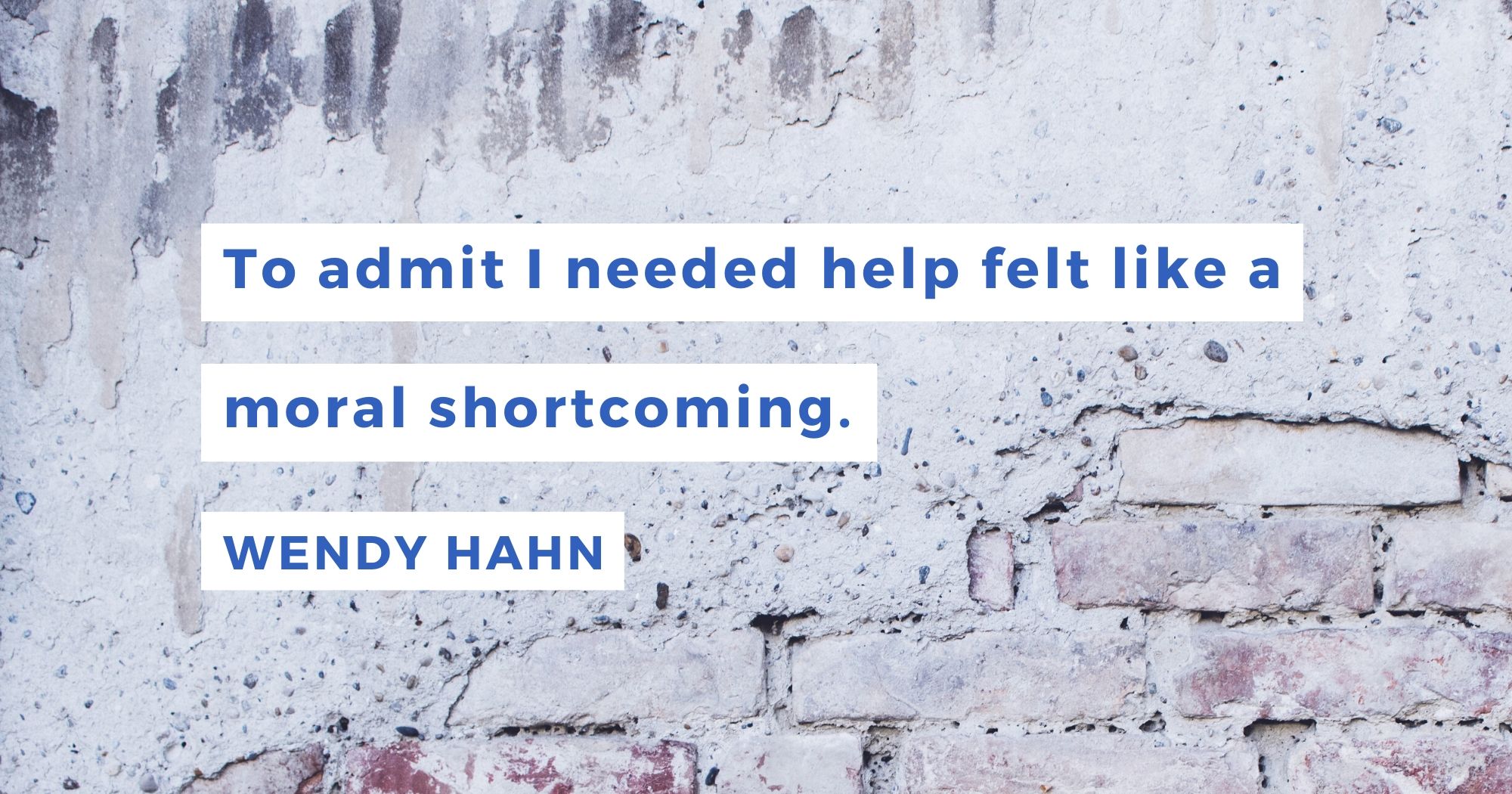 Seeing The Shrink, a solution I’d avoided for so long, brought a twist to the plot. The antipsychotic he prescribed, in addition to my antidepressant, was meant to help with treatment-resistant depression. And, initially, it did. For a couple of months, I relaxed my hands and shoulders. I avoided nastiness with relatives during a weeklong visit.

Sometime mid January 2019, I slipped into a deep depression in reaction to a combination of professional disappointment and a family emergency two thousand miles away. I wore pants each day. I walked my dog. Friends who knew I was struggling called me. I continued my once monthly shrink appointments. These coping strategies barely counterbalanced the extended naps I took midday. I cried so much that I quit wearing eye make up.

I contemplated asking my husband and kids to move cross-country. I designed and printed pamphlets to start a new tutoring business, but only gave out one. The life I’d led back in the apartment almost twenty years earlier seemed aspirational.

Concerned friends presented several options: seek a second opinion or consider an inpatient treatment program. One friend sent me links to mental health professionals. I contacted a practice two miles from my house. 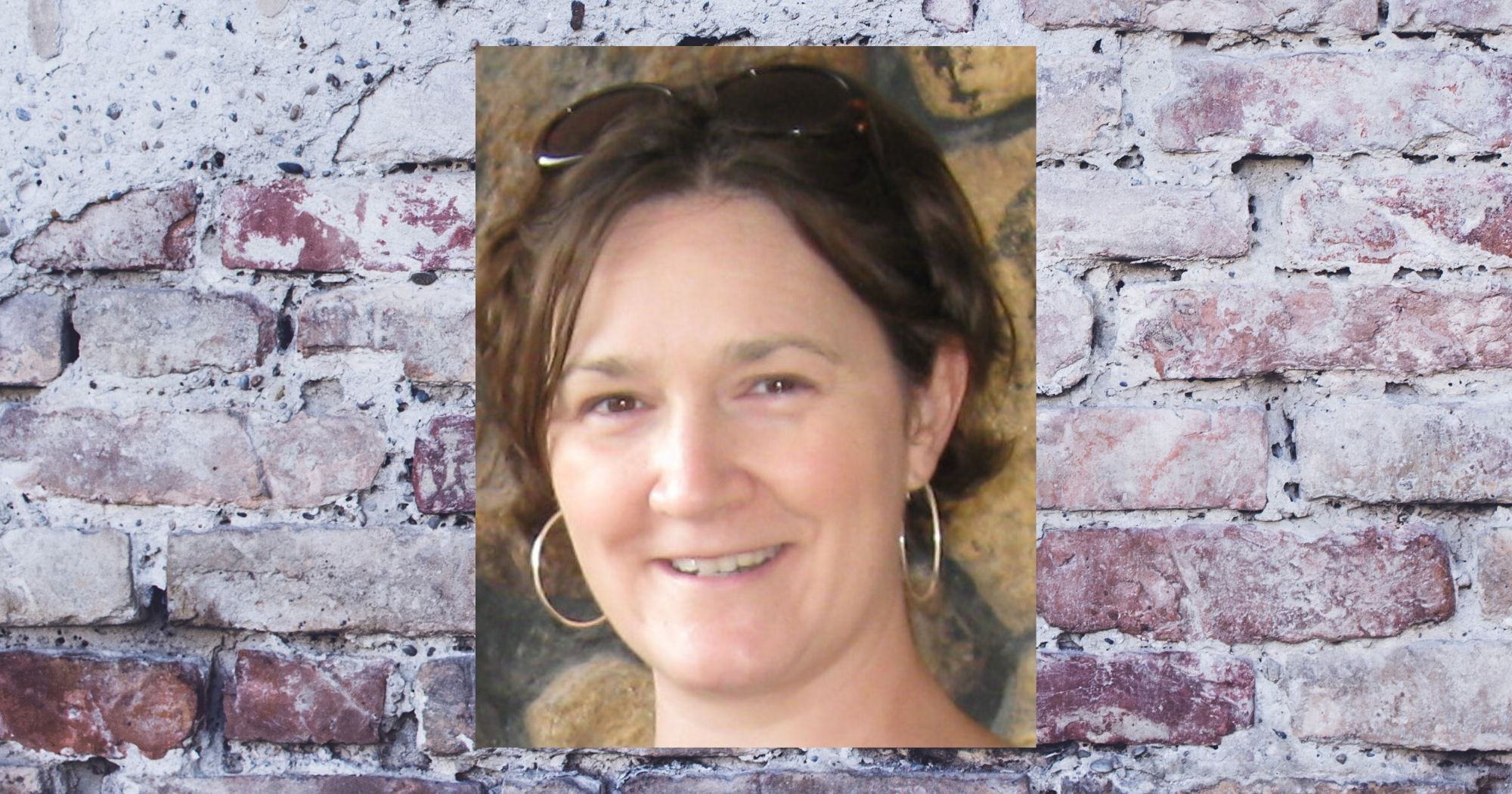 I am one of the lucky ones. Although I lost eight months of my life to the wrong medication, I landed in the correct mental health practice when I reached the point of feeling suicidal. Under a psychiatric mental health nurse practitioner’s care, I stopped the miniscule dose of antipsychotic. The first forty-eight hours after taking the last pill were akin to having an optometrist switch lenses during an eye exam. My mental vision cleared. She followed up with me weekly at first and then monthly as we adjusted medicines. She also scheduled me with a therapist for weekly talk sessions.

Over the course of six months, I became happier and healthier than I had been in years. Proper medication helped stabilize my moods, but talk therapy has taught me to recognize my perfectionism and offer myself some grace. At my therapist’s suggestion, I listened to Eckhart Tolle’s podcast A New Earth. During the hour-long episodes, Oprah interviewed Tolle about a specific chapter from his book of the same title.  I learned from his talks that my thoughts were not the same as my being. On long walks with my dog, I’d practiced monitoring my internal monologue. When a negative thought intruded about how I hadn’t accomplished another byline in a major media outlet, I paused the tape in my head and noticed how my dog’s ears perked up as a cardinal flew near us. Perhaps my “rules for mental health” were part of the problem. 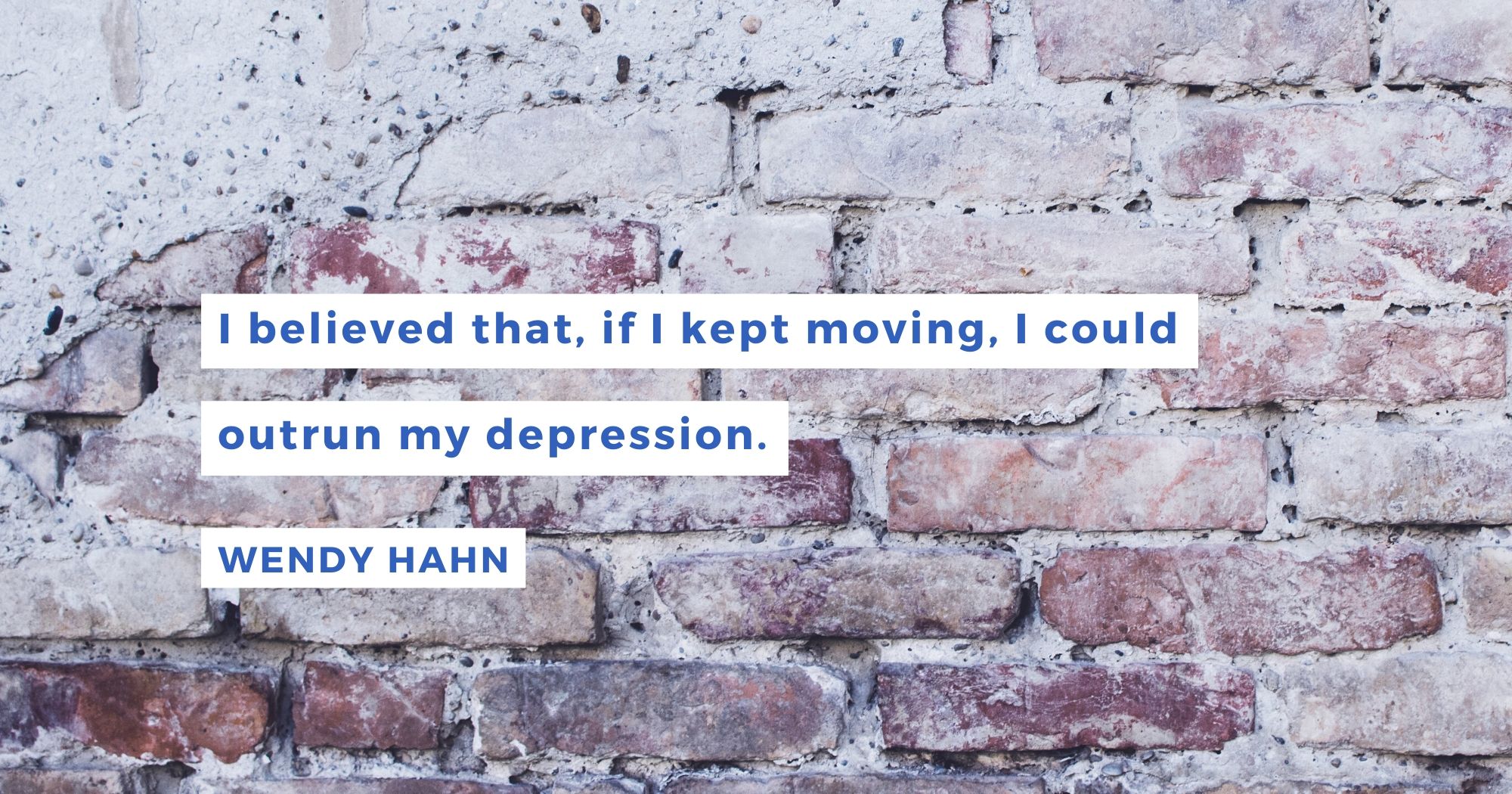 When the text came informing us school was closed for the remainder of the academic year, I felt weirdly calm. I’d spent six month on the proper medications with weekly talk therapy session. I could do this. After all, I’d spent close to eight months trapped inside a depressed mind and found a way out. I could handle a few months with the world turned upside down.

Creating schedules and enforcing them was not my strong suit as a parent, so while I watched moms on social media posting helpful agendas for their kids, I opted for an incremental approach. Checking in with friends, getting exercise, and continuing with piano lessons via video chat were the first objectives. I gradually introduced household chores they were usually too busy to undertake. When I caught them watching a documentary about Mars, I counted the screen time as a “win.”

We publish a new mental health recovery story each week.

Get an email with the link on Thursdays:

A month into quarantine, I cancelled the Easter Bunny. Sunday morning, like every morning, I walked the dog with Pete and showered after we returned. I dressed, put on makeup, and led a virtual chat session for our church’s Adult Forum in my office. After finishing, I headed down to the dining room with my laptop to log on for the live-stream worship service as I had on previous Sundays.

Instead of eagerly awaiting the service, my husband was playing a video game. My son asked if he could make some eggs and bacon for all of us. My teenaged daughter was, evidently, still in bed.  I clenched my teeth as my chest tightened. What was wrong with these people? It was Easter Sunday. Facebook had recently reminded me of pictures dating back seven years earlier when my kids were dressed for church and conducting an Easter egg hunt in our front yard. 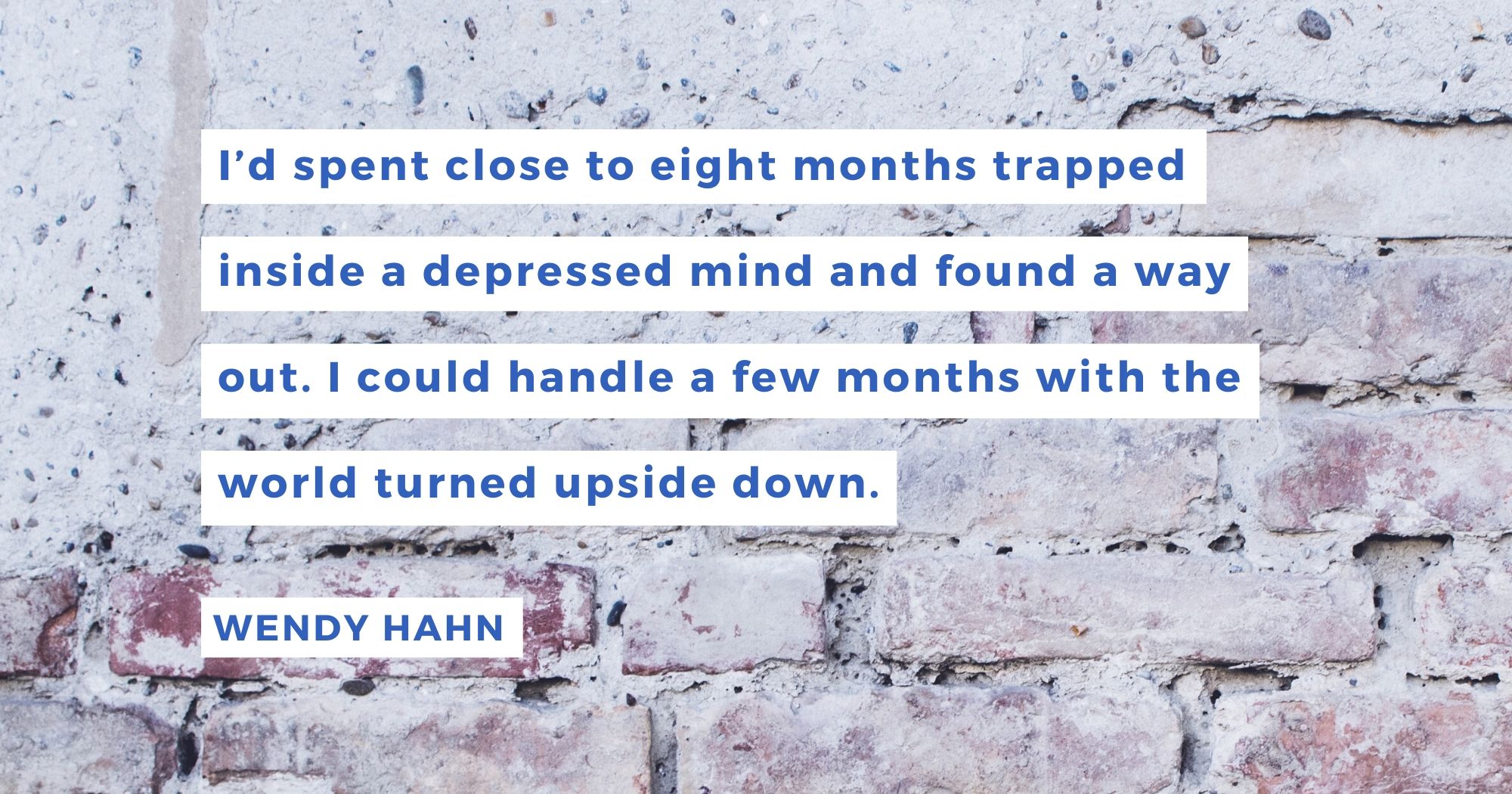 I considered storming upstairs to wake up my daughter, but remained seated; unwilling to give her something to complain to her friends about. Right there, I chose to be the martyr. My son brought breakfast to the table after a few hymns and my daughter joined us still in her pajamas. I seethed through the sermon and by the prayers, I felt tears roll down my checks. When I turned off the computer, the kids scrambled for their rooms. I turned on Pete, accusing him and the kids of ruining Easter before stomping off and leaving him with the preparations for Easter dinner.  Inside my home office, I pulled out a journal and vented about my insensitive family.

It took days to sort out my anger and shame over the morning. Instead of dismissing it as I normally would, I allowed myself to sit with it. Tuesday evening after dinner, I produced the chocolate Easter bunnies I’d bought to give each kid and explained how I’d been angry. Pete “carved” the solid chocolate forms and we shared the decadent treat.

Still the anger and resentment remained. I reported it to my friends and therapist like I would a weather update. Eventually, I wrote about feeling disappointment over a cancelled family vacation to Yosemite the week before Easter and my anxiety about how my kids’ online learning would work the following week. 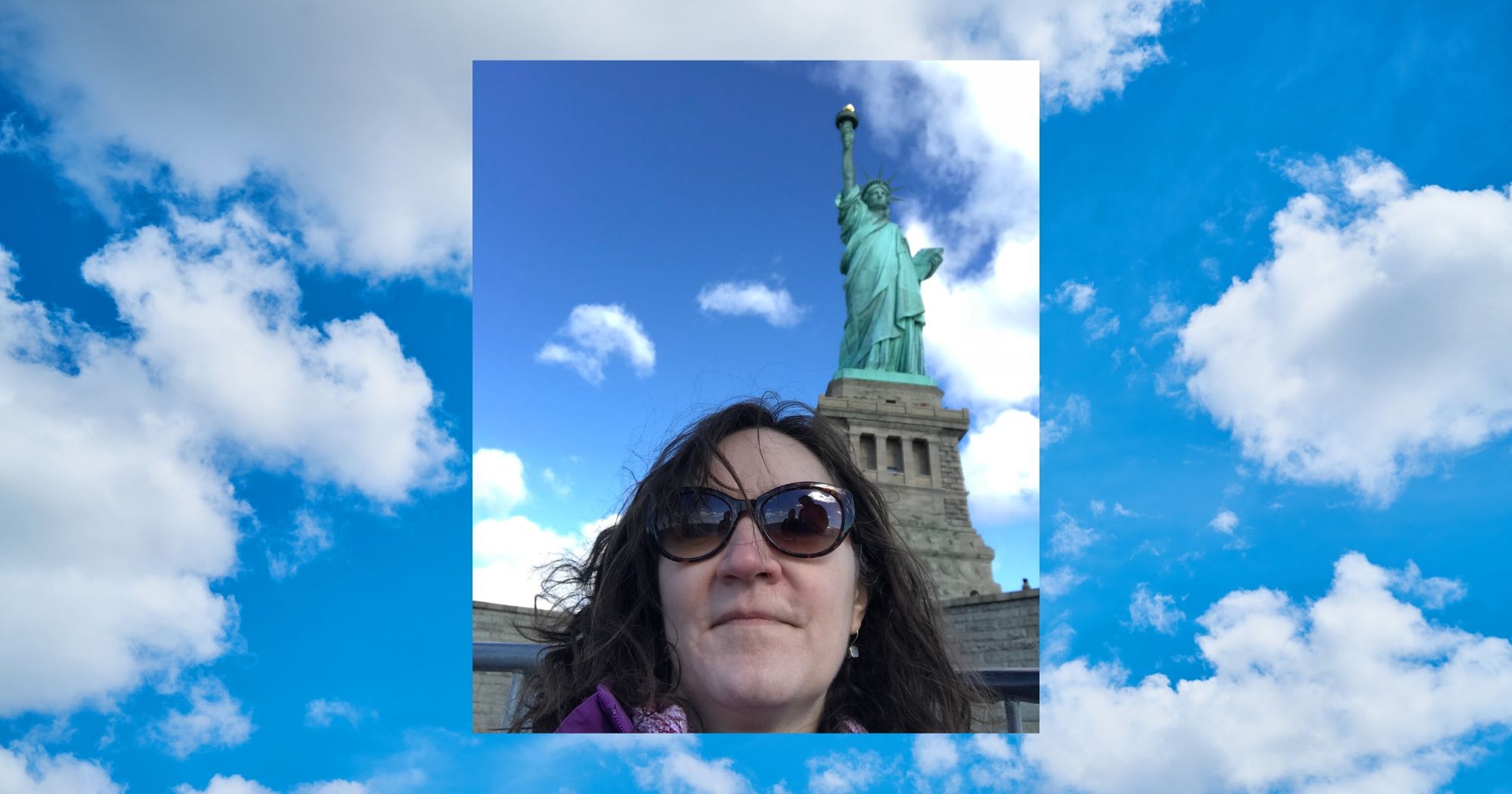 Instead of dismissing my feelings because I was ashamed of them, I’d learned to identify them and probe their origins. I limit my time on social media because I have a propensity for comparing myself to other.  I recognize negative thought patterns about not being talented enough or patient enough and can counter them with small triumphs and gratitude for the little things.

So I’ll keep up my online therapy sessions and take my antidepressants. I’ll walk my dog daily and schedule virtual social dates with friends. And I’ll wear pants and makeup too.

Wendy Besel Hahn is an American writer published in The Washington Post, Scary Mommy, Sojourners, and various literary journals. For more information on her writing, please visit her at www.wendybeselhahn.com. She was first diagnosed with chronic depression in 1991, but spent years trying to avoid treatment. She lives with her husband, two children, and rescue dog in Reston, Virginia.