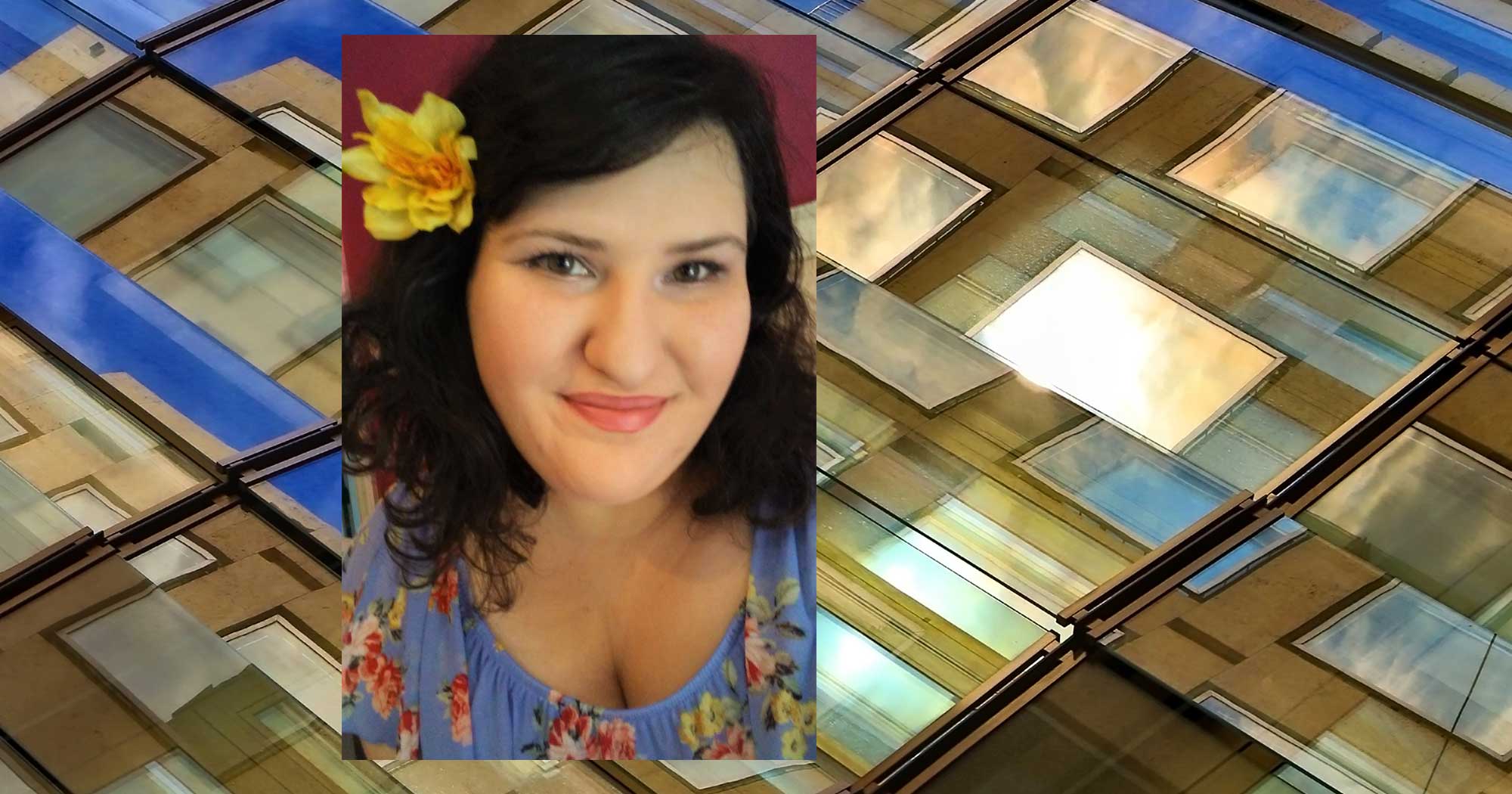 I am what clinicians may refer to as “comorbid,” meaning I experience simultaneous disorders at once. With my history of diagnoses of major depressive, post-traumatic stress, panic, generalized anxiety, illness anxiety, body dysmorphic, and social anxiety disorders, I have had an overwhelming journey. Due to the nature of this being a recovery story, I shall avoid detailing every symptom or negative thought that has plagued me for the past fifteen years; I’m twenty-five as I write this. Instead, I will outline my journey from darkness to light.

Things took a turn when I was ten years old. My father had been recently diagnosed with an aggressive form of acute lymphoblastic leukemia. Suddenly, my family was thrust into the terrifying world of chemotherapy, inpatient oncology wards, radiation treatments, and uncertainty. For two-and-a-half years, I saw my father suffer in agony. When I was twelve, I witnessed his death. I was there in the intensive care unit with him and saw his breathing stop. The terror I felt is difficult to describe. 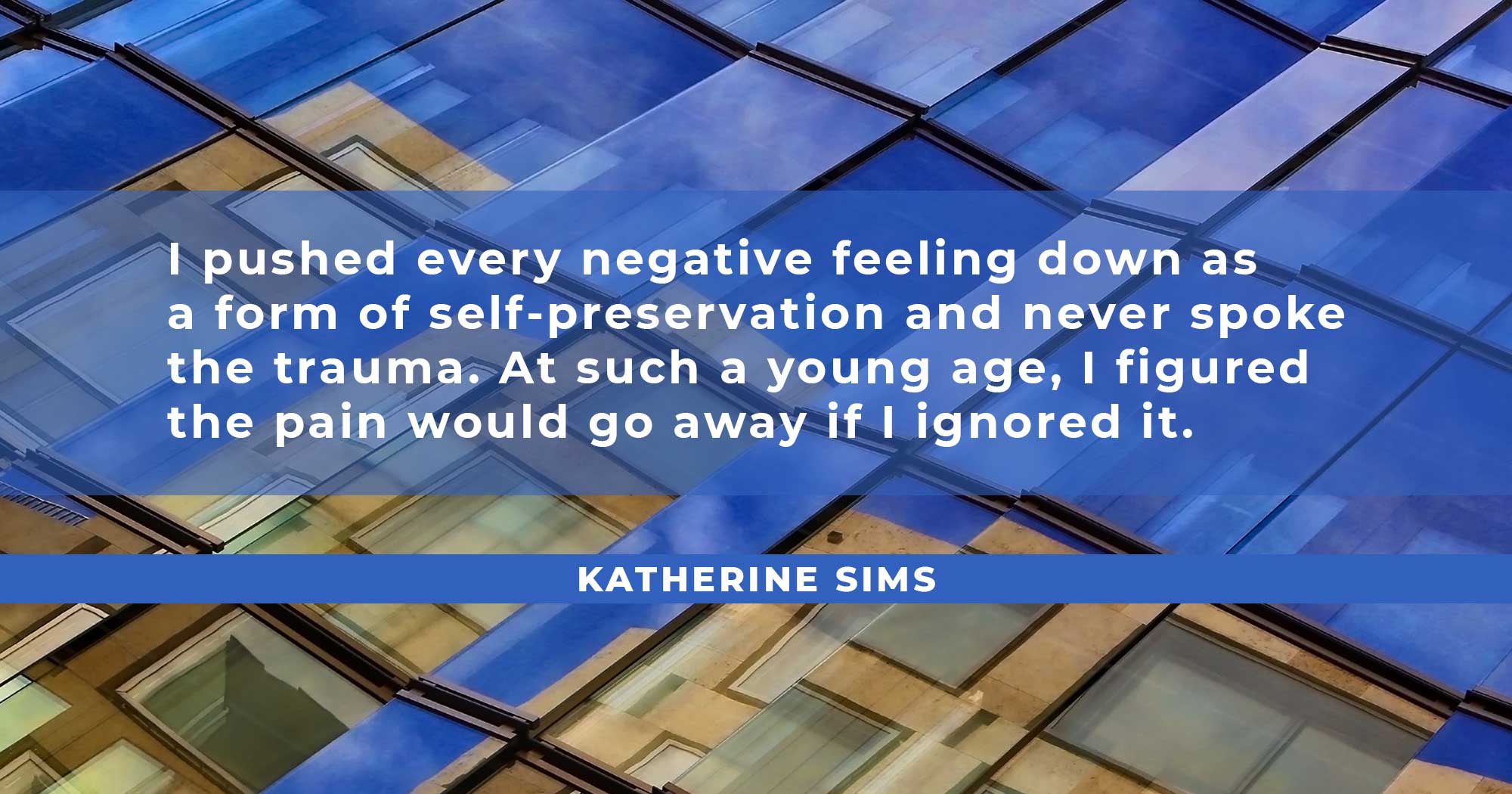 What the rest of the family didn’t witness after his death were constant flashbacks, and an unceasing fear of death. There’s no doubt in my mind that the PTSD began at this time. I also developed depression and severe anxiety. My father’s death wasn’t the only loss I endured as a child, with my two maternal grandparents dying within a year of my father’s death. I wore the same funeral dress for all three services.

My struggle with mental health was also related to being sexually abused by a “friend” during this time. She was younger than I was, but consistently assaulted me over the course of our “friendship.” I pushed every negative feeling down as a form of self-preservation and never spoke the trauma. At such a young age, I figured the pain would go away if I ignored it.

In addition to dealing with unresolved grief, I had an endless onslaught of bullies. At fourteen, I was diagnosed with major depressive, panic, generalized anxiety, and social anxiety disorders. The bullying and abuse I experienced became so debilitating that my mother started homeschooling me. Crying spells, panic attacks, and social anxiety followed me like a dark cloud. The bullying I experienced was mostly psychological in nature with constant verbal assaults, disgusted looks, cruel laughter and many other horrible acts. Body dysmorphic disorder formed in my already damaged psyche, and suicidal thoughts were common. I was constantly aware of my appearance and compulsively trying to “fix” my “flaws”, whether that meant reapplying makeup constantly, running my fingers through my hair to make it smoother, or even standing a certain way to hide bodily “deformities.” I thought I looked like a monster. I would imagine myself dead. That way the pain would go away. The only reason I didn’t end my life was because of my love for my mother and my wish that she didn’t have to deal with another death. 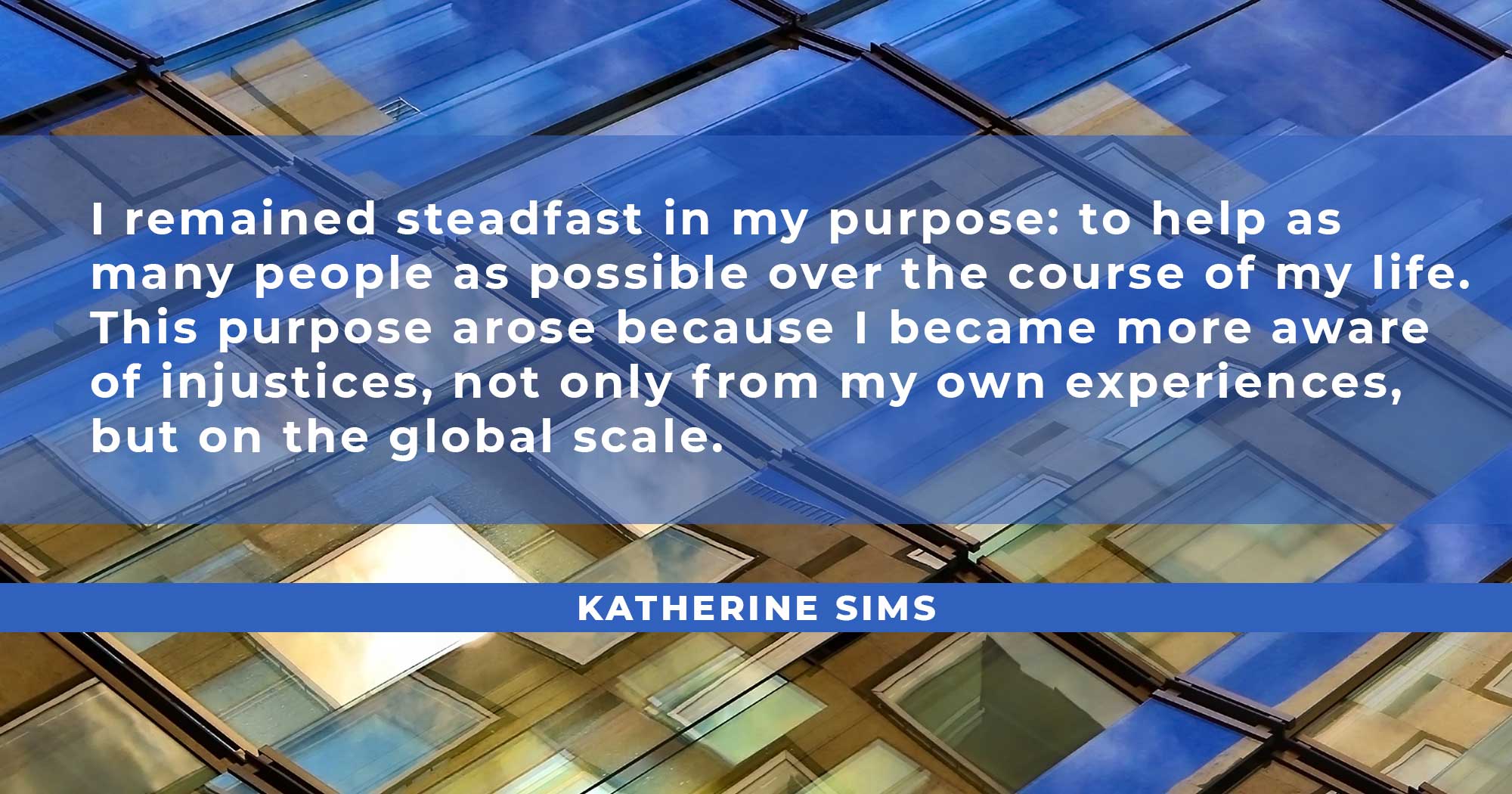 When I came home, my narcissistic brother used me as his verbal target practice. Everything about an individual—every hidden trait, to every physical feature was destroyed by him. He has said my eyes are too small, my nose too big, my style too hideous, and asserted “no one will ever find you attractive.” Regarding my character he has called me “weird, awkward, disgusting, embarrassing to be around, and weak.” Every interaction left me feeling damaged and worthless. Once I was out of the high school hell-hole and at home, my mental health continued to take a relentless beating. It was also at sixteen when I took control and decided to get counseling. Finally, I felt that I had begun to make progress.

Shortly before starting college, I discontinued my therapy, feeling more in control and purposeful because I had goals for my life and could see beyond my struggles. I dedicated my four undergraduate years to academics. This persistence didn’t leave time or mental energy to much else.

My brother continued to abuse me and my mother, when he’d visit us at our home. I was regularly anxious, and my negative outlook on the world persisted. My suicidal thoughts and panic attacks, however, altogether were vanquished, most likely due to my medication and being away from many of my abusers. Due to my complex trauma, I still dealt with triggers and was continually traumatized by more abusive friendships; which led to feelings of abandonment. 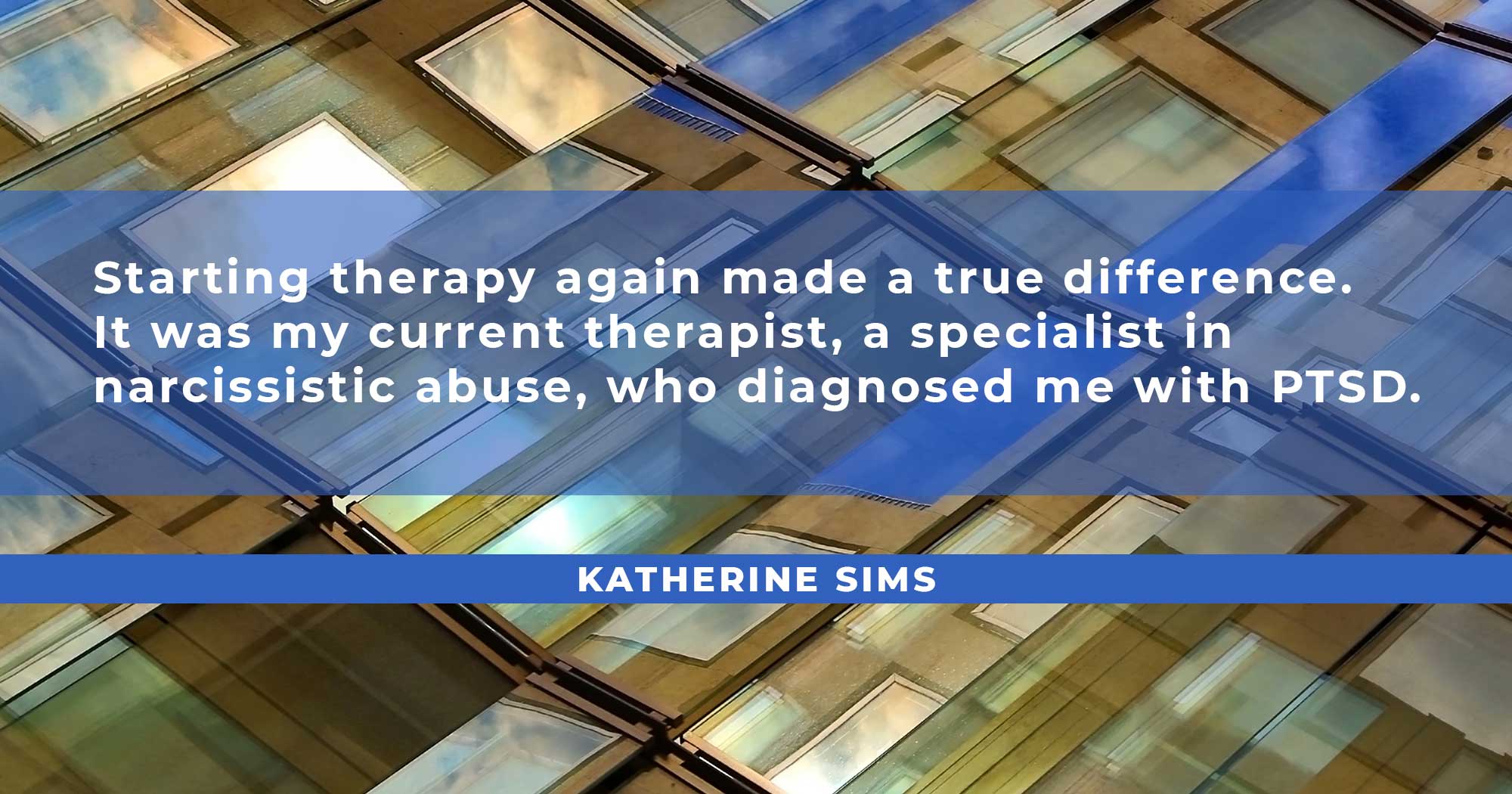 My anxiety and abandonment became more severe after the death of a close family friend to a rare form of breast cancer, a tragedy that took her doctors by surprise. But I remained steadfast in my purpose: to help as many people as possible over the course of my life. This purpose arose because I became more aware of injustices, not only from my own experiences, but on the global scale. Before college, I knew I wanted to help people to some extent, as a form of post-traumatic growth. All the pain I felt became inspiration to want to help as wide a variety of people as possible. After graduating with my Bachelor’s in 2015, I was driven to get a job, save money for graduate school and make it there in a couple years. While my dream was and is to go to graduate school for clinical psychology, I knew I needed to get out of this provincial town of mine and live an adventurous, extraordinary life. This was not to be…at least, not yet.

As I write this, I will have been a college graduate for three years. From then until this very moment I’ll refer to as Chapter four. Due to my self-inflicted perfectionism, the fact that it took me months to find a job, and then having to quit that job due to an unsafe, toxic work environment, my depression came back in full-force.

A few months after graduation, I got a job working in an inpatient psychiatric facility for teenagers. This became a toxic environment for me. I felt purposeless and hopeless. My horrific loneliness may have been the harshest wound. This isolation became more profound after having the epiphany that my brother had in fact, been a textbook narcissistic abuser.

After volunteering as a crisis counselor I started to realize a familiar pattern in the clients’ abusive relationships and how their abusers made them feel. I then connected the dots as to how my brother needlessly made my mother and I feel worthless before, during, and after his visits. I did more research into emotional abuse, and his behavior matched every identifier. He was a textbook case of narcissistic abuse. 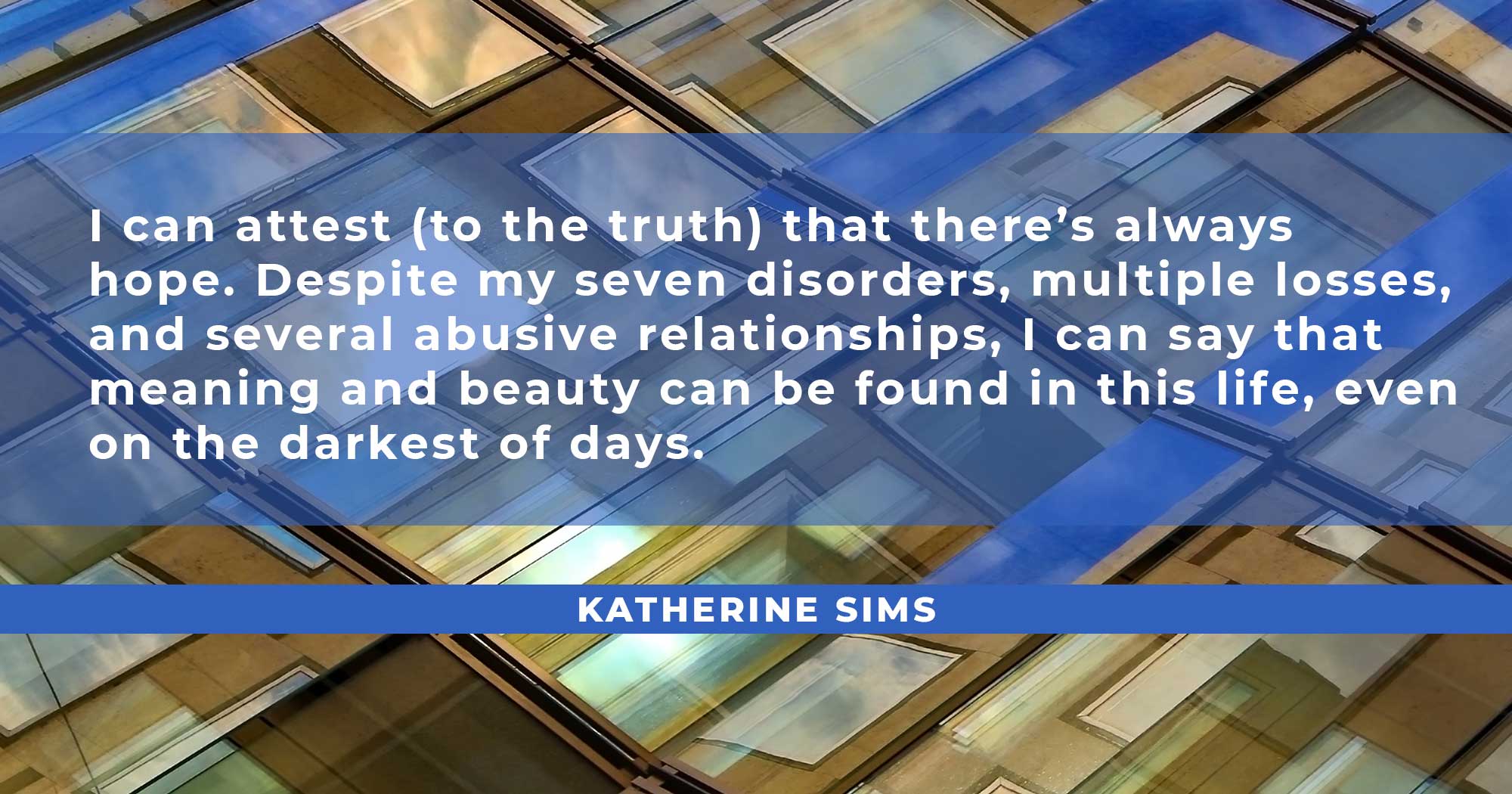 Shortly after making the shocking realization, my remaining grandmother was diagnosed with stage IV breast cancer. I didn’t expect there to be, yet another death caused by this merciless disease, (as she has since died.) Merely one month (after her diagnosis), my mother received a cancer scare of her own, when specialists noticed something strange on her yearly mammogram. This is when I experienced the most horrifying reliving of the trauma I’ve ever endured. I had consistent nightmares about my father’s death and my mother replacing him in the nightmares. The muscle tension in my back was so severe that it felt like knives stabbing me, and I frequently cried and had uncontrollable tremors. The cancer scare was just that: a scare. As terrifying as it was, that incident propelled me to start taking control of my mental health again. I can attest to the truth that recovery is never linear, it ebbs and flows.

Starting therapy again made a true difference. It was my current therapist, a specialist in narcissistic abuse, who diagnosed me with PTSD. Due to her insight, another epiphany was made that nearly every single friendship, except for two when I was very young, were abusive in some form. In fact, I wasn’t recovering from one abusive relationship, but multitudes over the course of my life. One of whom sexually abused me on a regular basis for three years.

I have been undergoing trauma therapy through EMDR, Eye Movement Desensitization Processing, and finding it noticeably helpful. I’ve been reading as much as I can about happiness, optimism, and trauma recovery while exploring new career paths, one of which being freelance writing. Truthfully, the writing of this story is another tool I’m using in my healing journey. 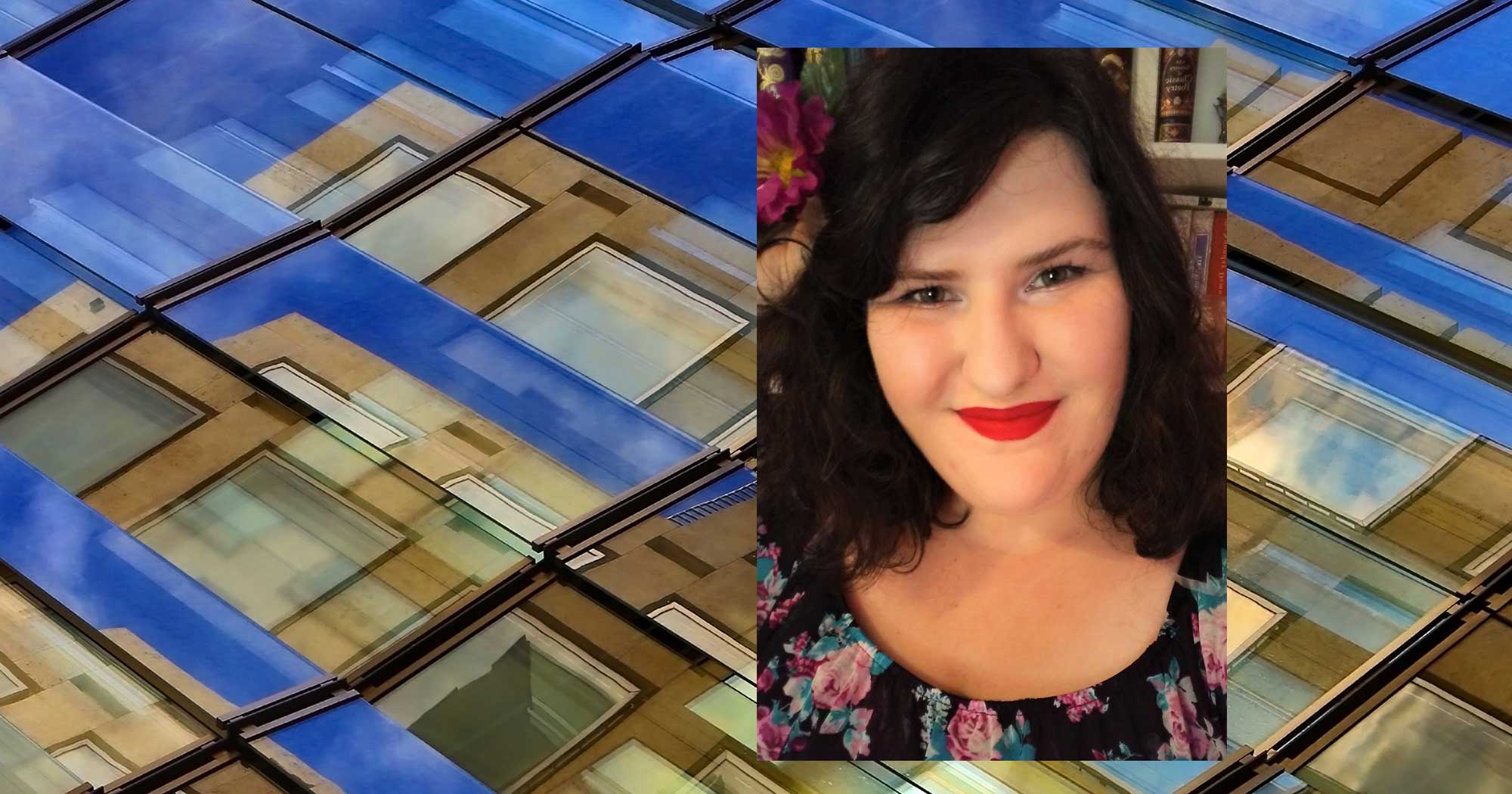 I can attest (to the truth) that there’s always hope. Despite my seven disorders, multiple losses, and several abusive relationships, I can say that meaning and beauty can be found in this life, even on the darkest of days. Life is chaotically beautiful and sometimes terrible. Nevertheless, it’s worth living. Lessons will be learned, love will be given, epiphanies will be made, meaning will be found, and growth will inevitably come.

Katherine is a small-town girl who grew up in Mocksville, North Carolina and has long been a strong advocate for those with mental health struggles. She has had extensive involvement in Crisis Text Line as a Crisis Counselor, and while she plans to obtain a PhD in clinical psychology, she is also a professional advocate for abuse survivors and those with mental illnesses. This is her first published piece, but she has always yearned to be a writer, healer, and advocate for those without a voice. Katherine hopes to have many more publications to come and experiences great fulfillment in sharing her story. When she is not studying for her Graduate Reentry Examination, she is writing poetry, delving into the arts, reading inspirational books about resilience, and dedicating her time to helping others and herself.

We have a strong marriage but with our multiple diagnoses there are challenges that most would not understand—like going to the grocery store or out to eat.