Bulimia: Look into Her Greedy Eyes and Destroy Her! - OC87 Recovery Diaries 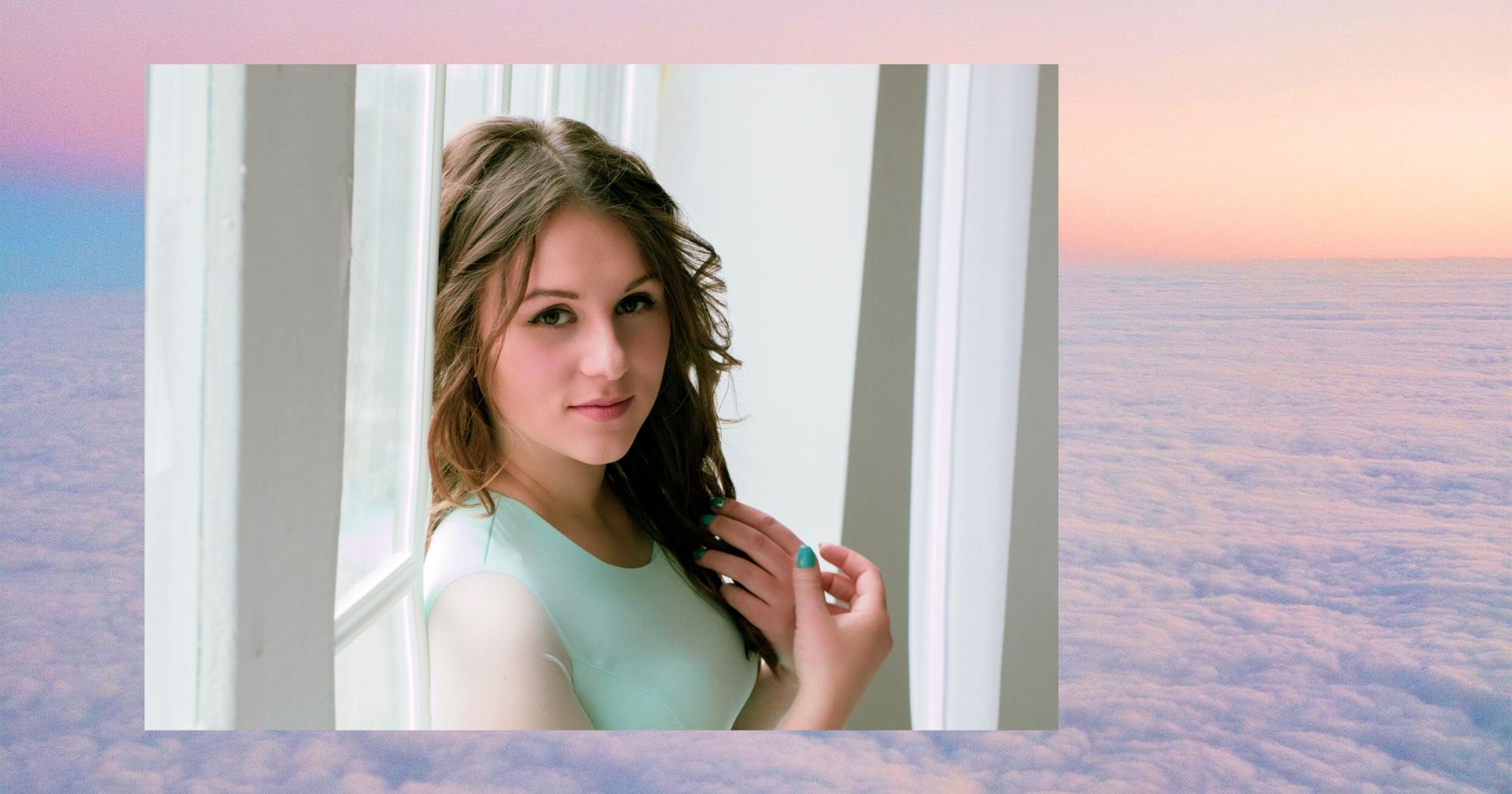 Bulimia: Look into Her Greedy Eyes and Destroy Her!

​Hell hath no fury like a woman scorned or, in my case, a woman starving herself for the fourth day in a row. I don’t remember a particular day when it started—there wasn’t a moment where I woke up and decided I was going to pick at my food and criticize my looks. The disease doesn’t let you do that. It doesn’t let you think about the cause and effect—or consider the pros and cons of your choice. I do not remember the exact date or the impetus of my disorder, but the gloomy reality invaded me with its impenetrable darkness.

Bulimia crept up on me like a cold. Bearable at first—and then enveloping me all at once—numbing my fingers, it made me, on the one hand, too picky about every crumb on my plate, and on the other hand, able to devour large amounts of food in anticipation of sticking two fingers down my throat after I’d finished. It started first occasionally; a way to regulate my overeating and avoid putting on weight, but then my disordered thinking began to spiral. 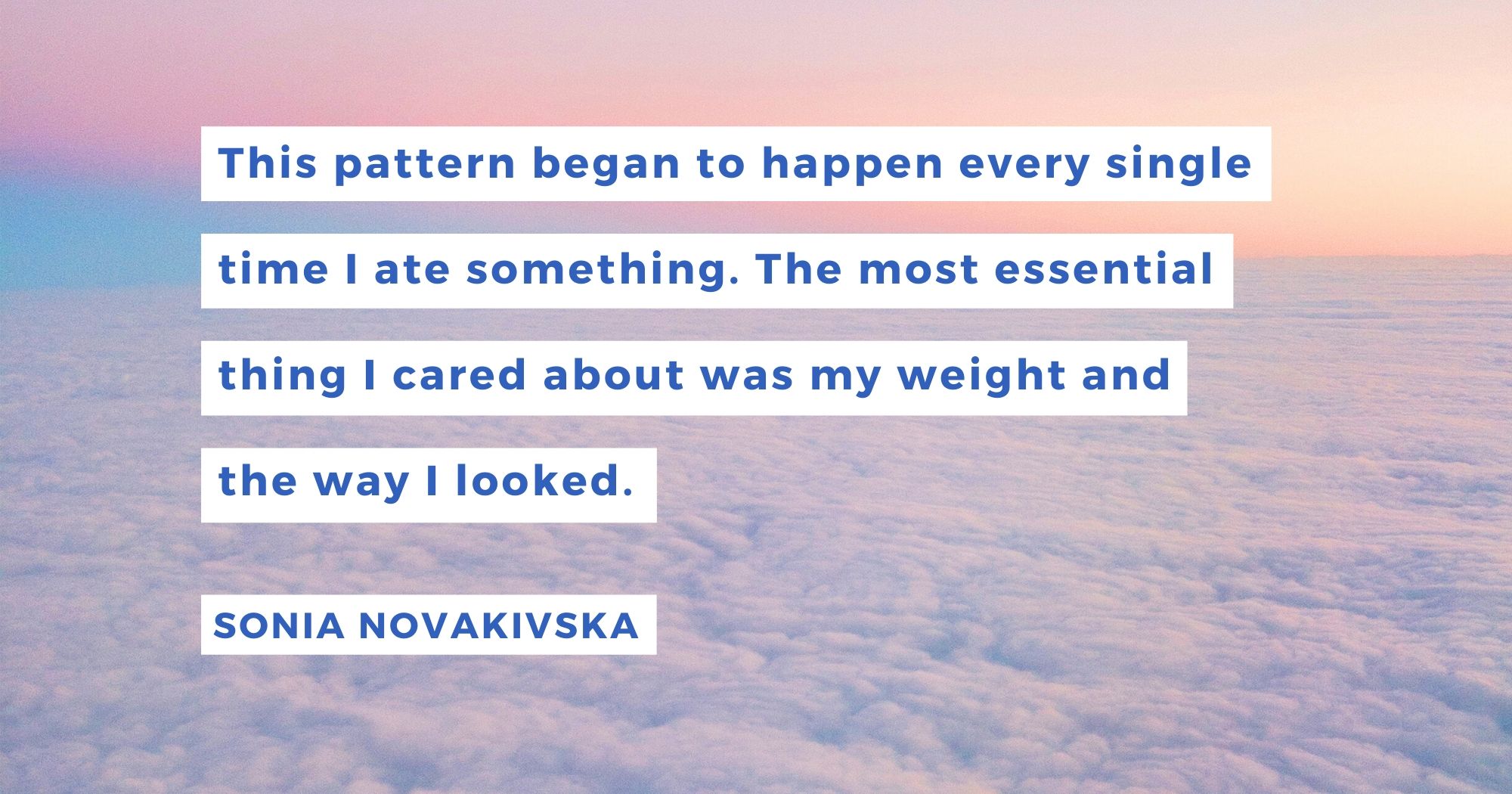 I was about sixteen when it all started. I was attending my cousin’s wedding party. Guests draped in beautiful attire began what felt like endless speeches to wish the new couple happiness. I felt bored, and there was no one to talk to. So I began eating, all those sandwiches and snacks, all the biscuits and sweet… and at the end of the day, I felt awful, my stomach ached. Moreover, I was frustrated by the potential of putting on more weight. So, I went to the bathroom and made myself throw up, for the first time in my life. It helped: I started feeling better, happier, and even went back to the wedding and started dancing.

This pattern began to happen every single time I ate something. The most essential thing I cared about was my weight and the way I looked. My teeth became dark and started aching, my hair was falling out in strands, and my sunken cheeks no longer held color.

In my teen years, I wished I was old enough to sign all the papers that stood in the way of me and the body I wanted from the plastic surgeons on TV. When I was twenty-one, I cried in my ex-boyfriend’s car as he drove me home after breaking up with me. I kept blaming myself. I kept thinking, “Maybe if I looked this way,” then maybe the circumstances wouldn’t have been so terrible for me.

Looking back, I can recognize that my problem started much earlier. It may have been the moment when I was ten, and one of my new classmates commented something like “that newbie fatso, oh, she isn’t fit for our cheer team.” I was not fat, just pleasantly plump, cheerful and quite good at active games. Despite this, I felt awful after the careless remark. I came home crying, looked at myself in the mirror and realized for the first time in my life how improperly stout I was. Ever since then, I hated looking in the dressing glass. Was this the first impulse for my disorder? 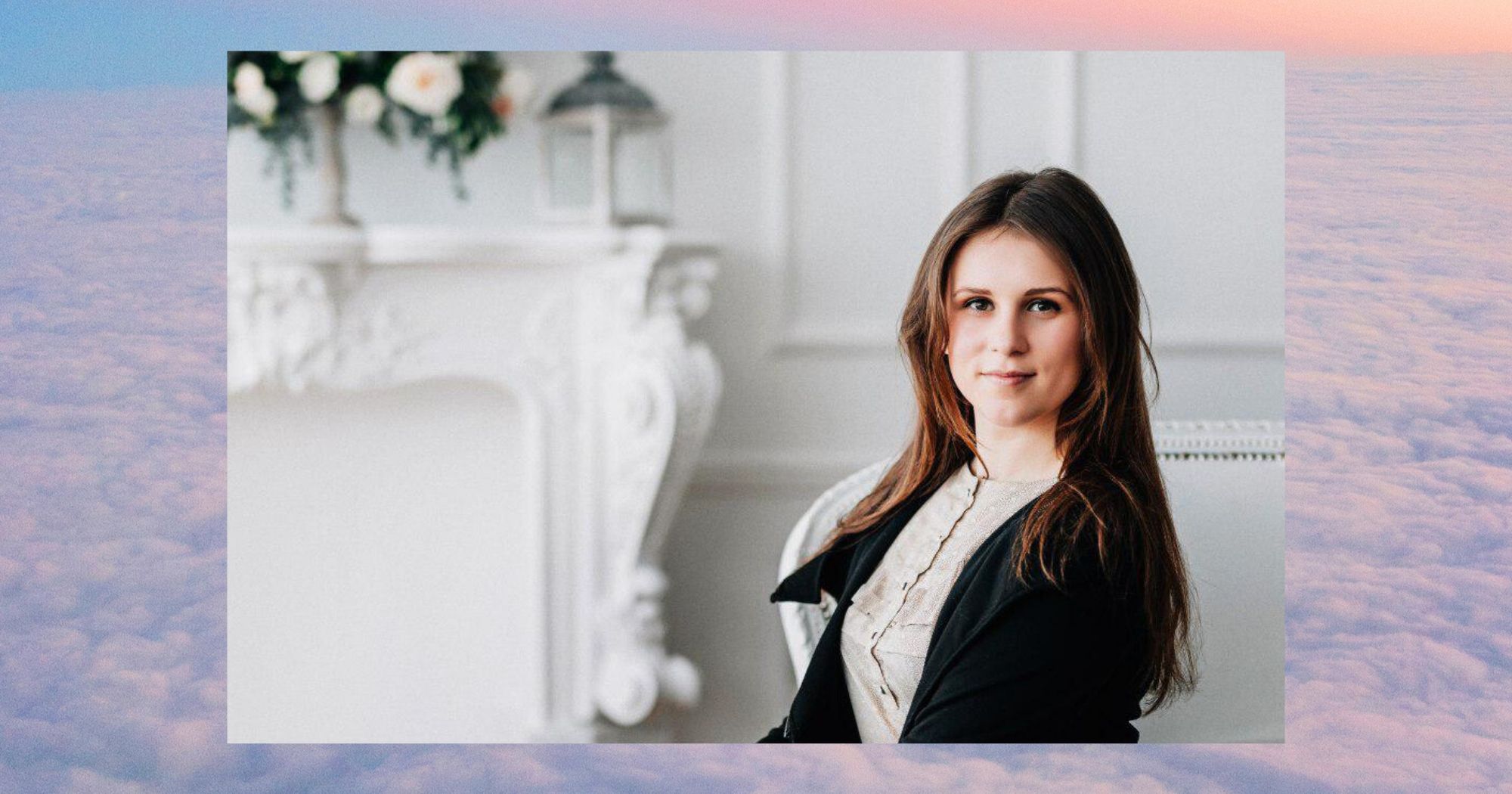 Maybe it’s because of all those commercials on TV showing slim and happy people living their glamorous lives on yachts and tennis courts. Perhaps it’s because I have never been a model-thin girl, one of those perfect beauties I was worshiping so eagerly. I remember having to give up everything delicious because I talked myself into thinking that fitting into a size two would be worth that choice. Intrusive thoughts about my imperfections invaded my mind. It got so bad that I wanted to cut my fingers and my face with something sharp, to eliminate my ugly body completely.

I was always shy and unwilling to discuss my problem even after I realized what it was. My sister introduced me to a friend, he was just five years older than me, and I later found out he was a psychologist, working with girls and women who were diagnosed with bulimia. He knew everything about this matter and gave me the contact information for his former professor and colleague. Together they guided support group for people like me. 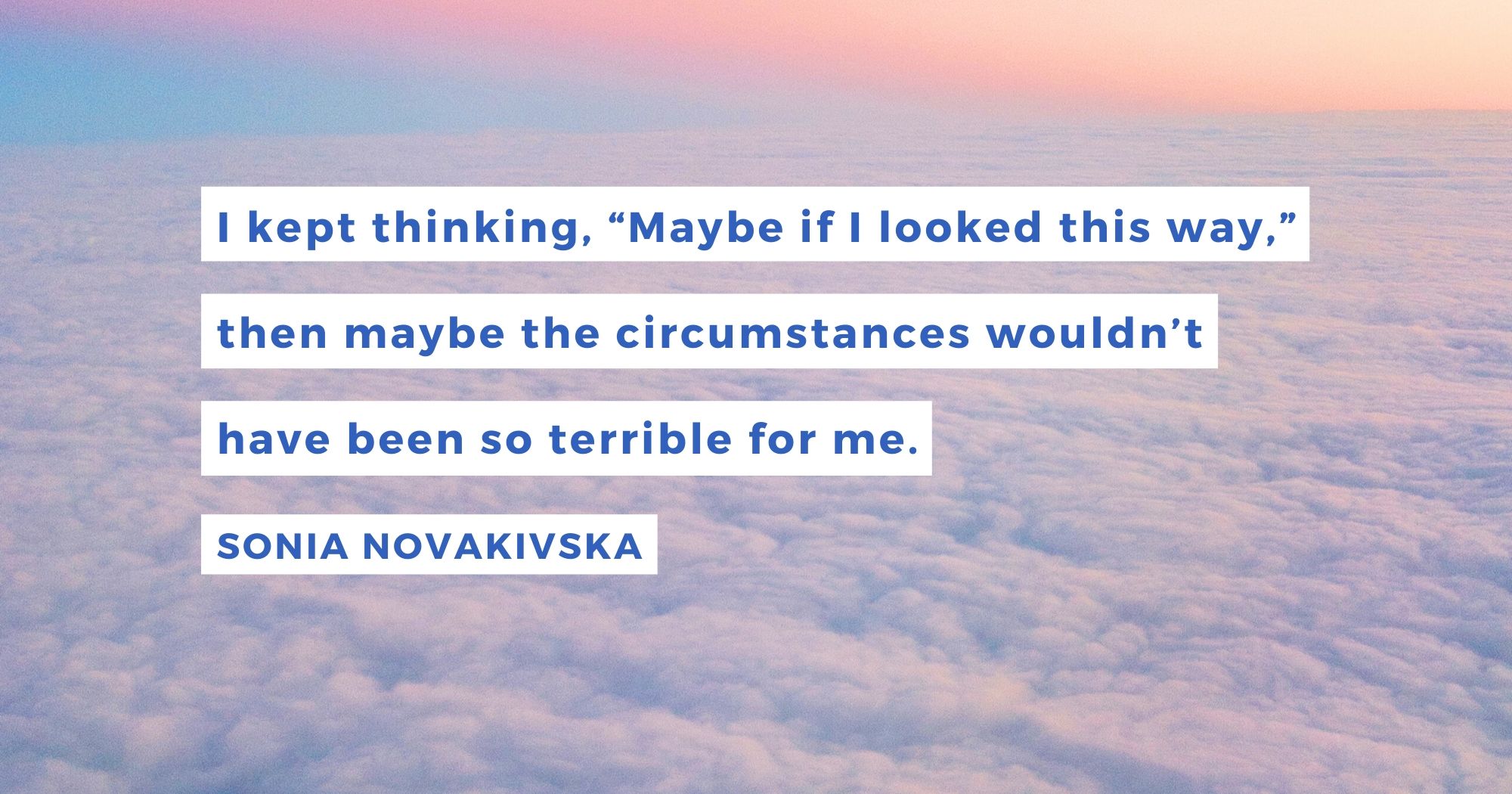 My friends brought me home one night after I had fallen into a dead faint, and I did not become fully conscious for several hours. My parents were confused and distraught, considering drugs as the cause for my condition. When they saw my depressed reaction and my downcast mood, they didn’t know what to do. Their inability to accept the seriousness of my disorder clouded their minds. They didn’t know what was wrong with me. They were unable to talk openly about what was going on. Yes, they were suffering, and how selfish I was to torture my family like that; I was ignorant of the fact that I was hurting myself and the people I loved. It didn’t matter. As long as I was getting thinner, I felt that nothing else was important.

The mood swings were by far the worst part of my disorder. I recall being out with friends, trying to have a great time, only to feel sick to stomach at the sight of the food they were consuming. I was irritated that they could stuff their faces with grease. I remember feeling sorry for them. I remember feeling disgusted. Then I remember feeling jealous and terrified by what I was thinking.

Once, at a student social in college, I felt an urgency to leave since all the snacks, greasy food and fizzy drinks were taunting me. I went out into the backyard, a male student followed me, perhaps, intending to put the moves on me. He started asking me silly questions about how I felt, what I thought, blah-blah-blah, and suddenly I broke into tears. I felt so sick and needed a bathroom immediately. He couldn’t see my desperation to leave and I threw up, just at his feet. 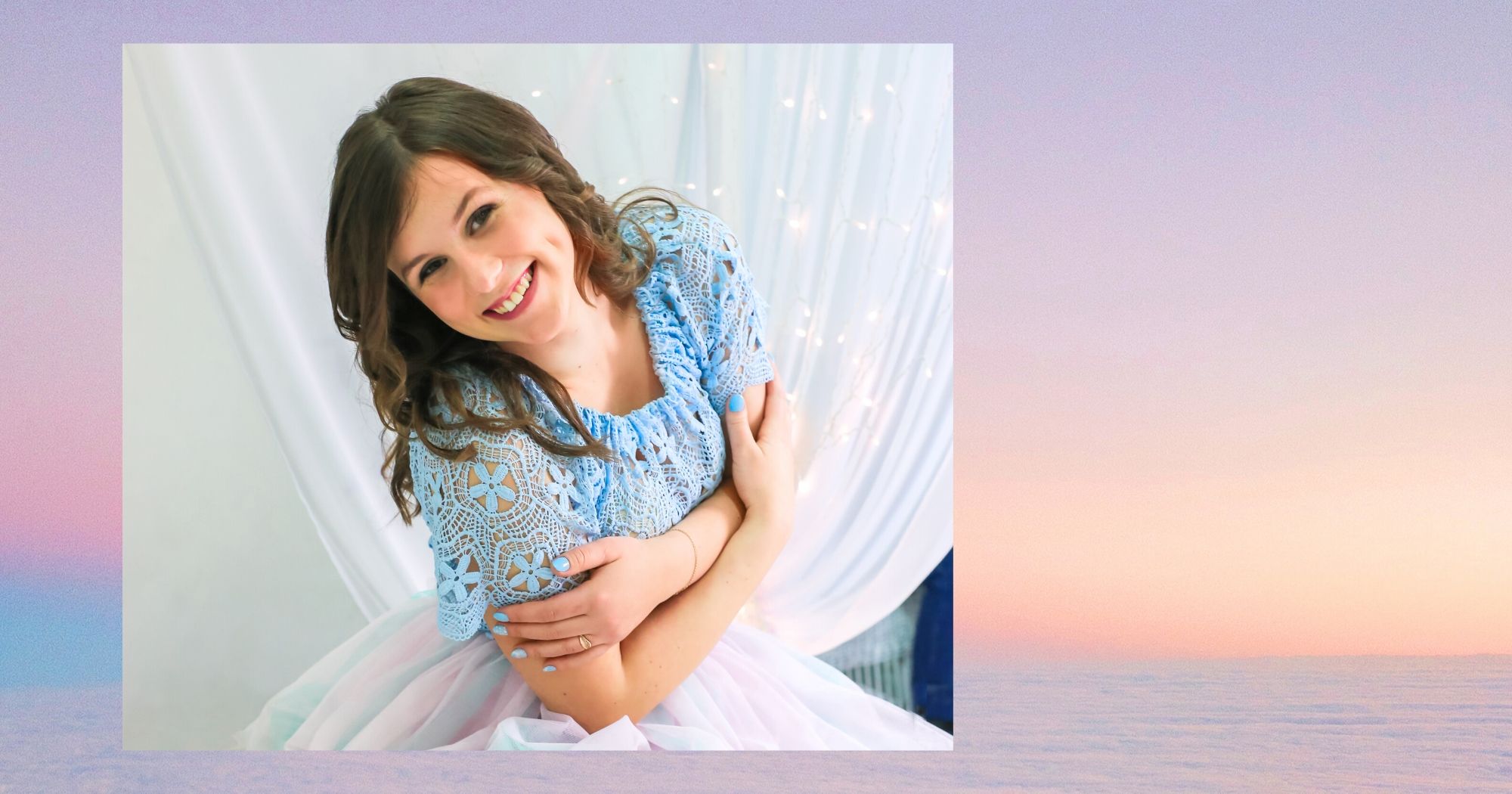 In spite of everything, I believed that if I was stressed out I deserved to eat whatever it was I wanted. Sometimes, when at a meal with other people, in the school cafeteria, I’d catch astonished glances cast at me as I overloaded and then emptied my plate. I imagined what they were whispering about me. I felt denuded under the unfamiliar people’s glances, as if I were a lab rat.

With time, I started avoiding big parties and crowded places with delicious food. The last straw was my cousin’s birthday. She invited a fellow from the college football team, Charlie. He was a golden dream of many girls, handsome and bright, broad-shouldered, blue-eyed, with a thick bush of curly blond hair. Being aware of his attractiveness, he told funny stories, enjoying the attention. He suddenly looked at me, sitting on the opposite side of the table with my bank-full plate. Immediately, he remembered some story about an extremely stout and greedy woman who ended up in the almshouse. I sprang to my feet and rushed to the bathroom. 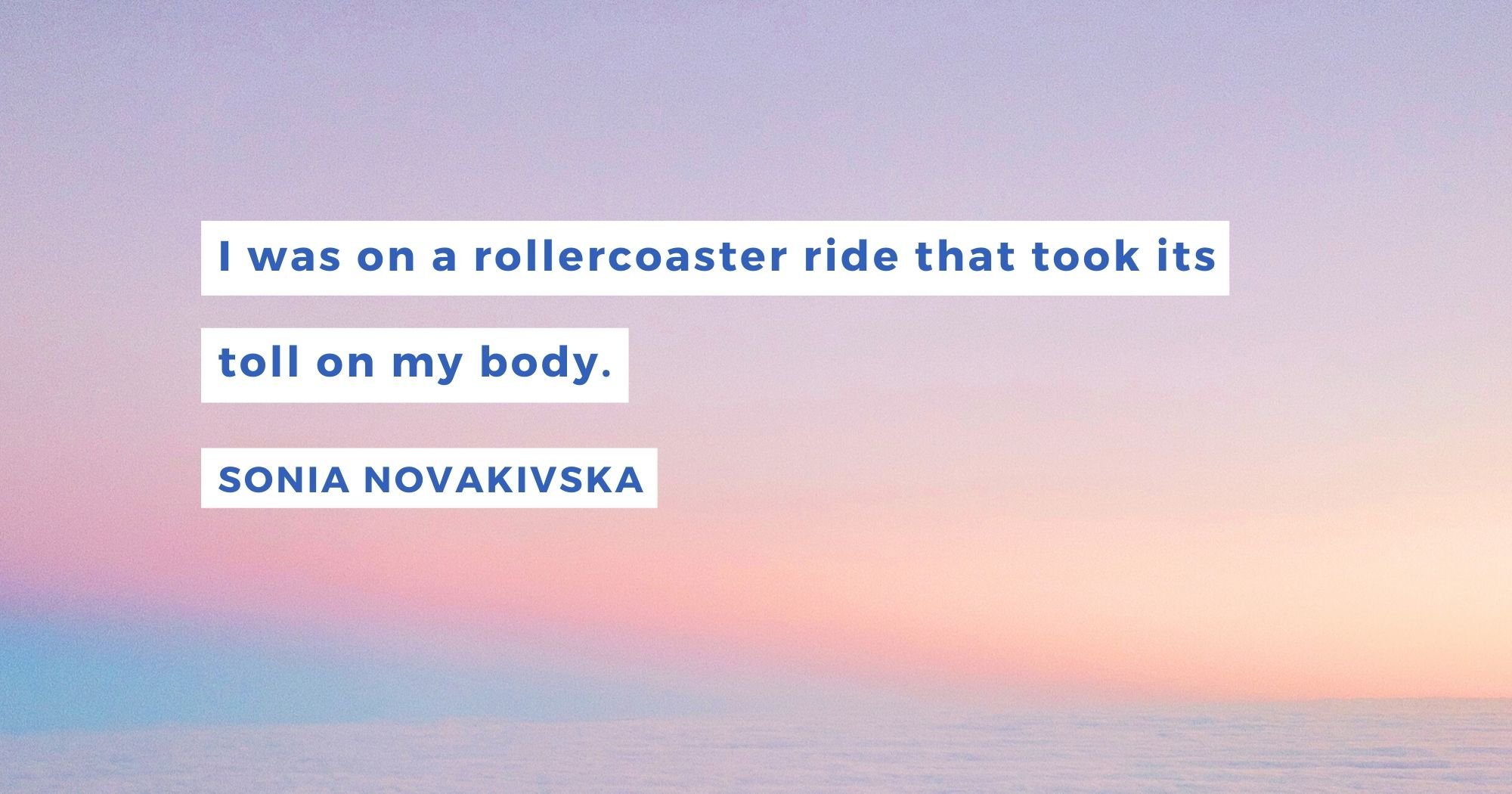 I was on a roller coaster ride that took its toll on my body. Bulimia doesn’t come dressed as the dreadful ailment it is. It comes strutting in the room dressed as your fantasy, and this fantasy? Well, it was telling me to binge eat and weep and binge eat and starve and repeat. It was a cycle that wore me down to the bone (literally) and then putting on weight.

After several episodes of binge eating, I noticed my body becoming rounder. I felt I needed all those rolls and buns, hotdogs and hamburgers. It was not the idea of the perfect body any more. I hated my body. It was just enticing to be in these patterns. At first, it felt like some sort of euphoria and then—indifference. What an awful awakening I experienced! It brought with it still more hatred towards my body, and more self-destructive behaviors.  I became indifferent to the things I had once been interested in—social media, movies, painting, going out and fashion. It was even difficult to make myself take a shower or comb my hair. I could sit still, motionless,  staring at one point for hours without understanding where I was or what I was about to do. 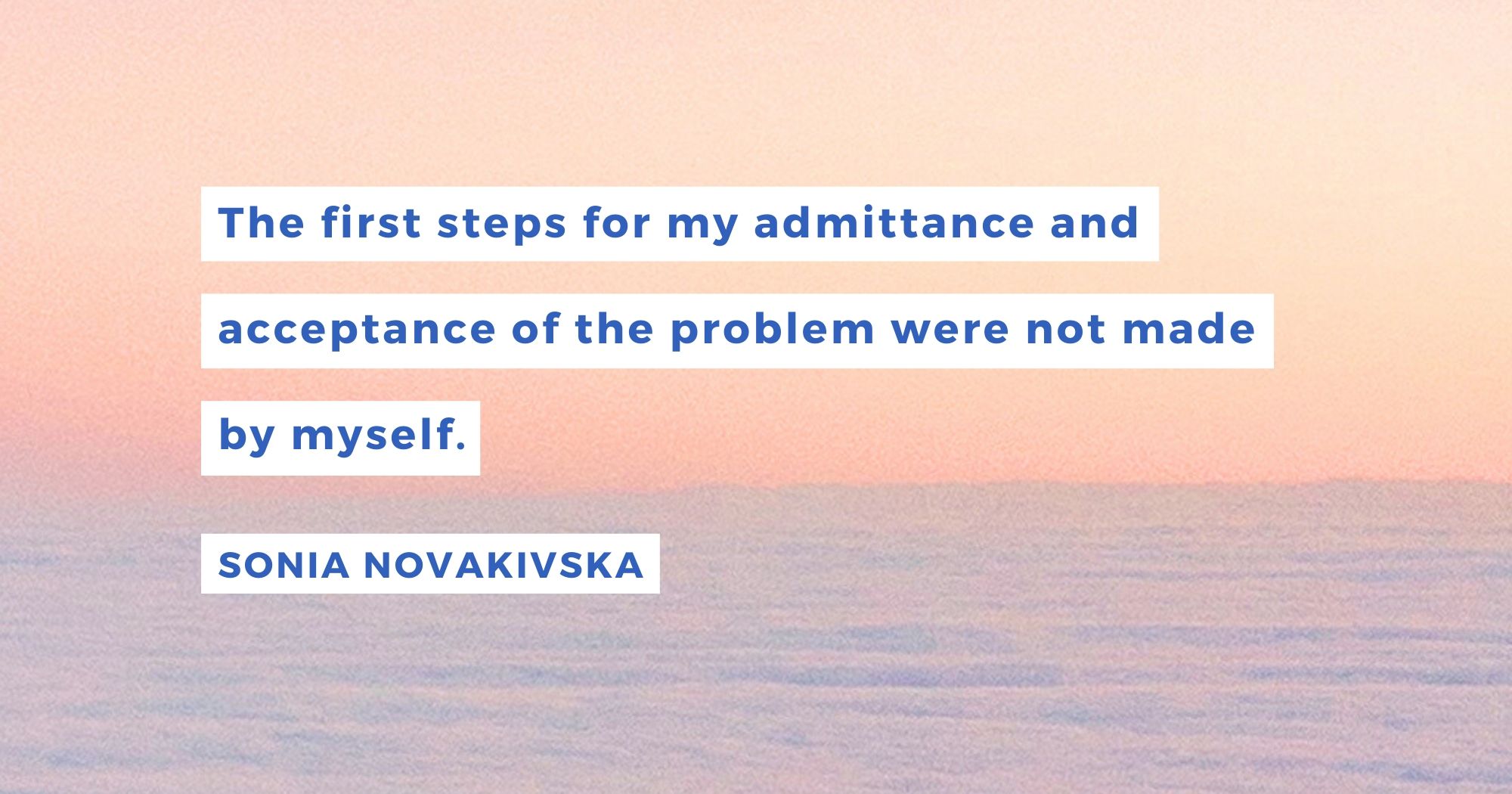 The first steps for my admittance and acceptance of the problem were not made by myself. It was my sister who announced it at our family dinner table, ‘Look! She is deadly sick. I have read about this issue on the Net!’ Oh, how furious I was at first! I broke my dinner plate flopping it heartily on the floor. I ran out of the dining room slamming the door behind me. I even intended to smash my computer to pieces, but something inside me urged me to enter that terrible word, ‘bulimia’ into the search tab. And then, after spending almost six hours on the Internet, I realized that I was in danger, but that I was not alone. My perception was completely changed. Step by step, I started communicating my situation onto forums and asking questions to find out more information and possibilities to heal. The people on the web were friendly and eager to share their experiences, at last, I felt comfortable sharing

The first step to healing is acceptance. For me, when I accepted my disorder, I was able to heal myself. Now, I knew that I was not well. I realized the harm my disorder caused. There was sudden enlightenment when I looked in the mirror one morning and saw how pale, exhausted, and miserable I was with my dull and clotted hair, sunken cheeks, and haunted eye expression. I remember that it was a beautiful sunny morning the next day after my research on the Internet. I knew I needed help to move towards the next steps in healing. 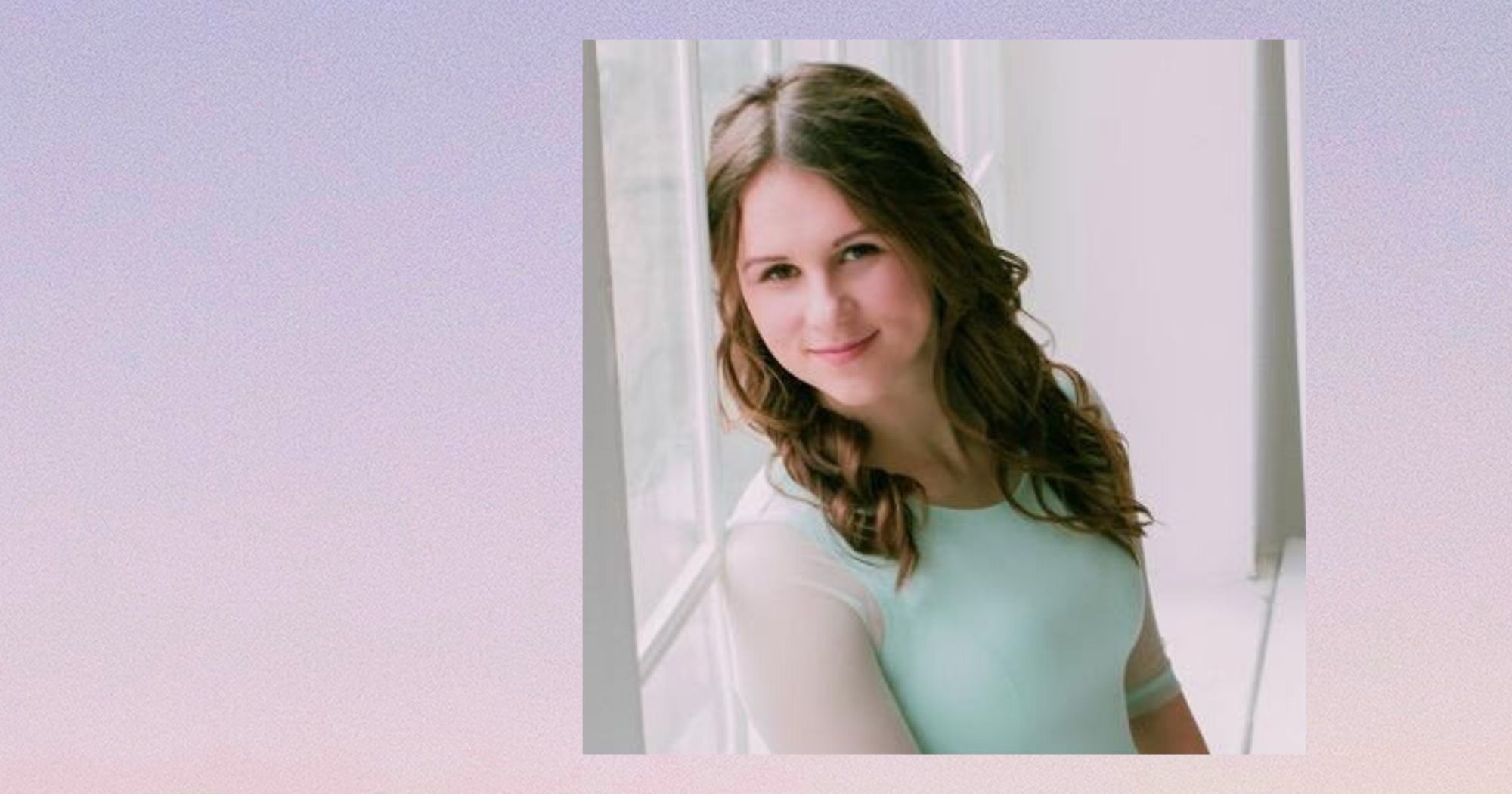 Together with my family, some close friends and the anonymous support group I joined, I began my road to recovery. It is not yet complete, but I feel like a different person now. I have graduated from college with honors, and I am about to start working for a big company. Last month, when at my friend’s party, I met a nice guy whom I liked at first sight. We are going out together now, and I do not care whether he likes my body shape or not because, perhaps for the first time in my life; I do.

Sonia Novakivska is a twenty-three years old woman, who is experiencing her first year free of mental illness. Now she can surely say that she was ill, but only a few years ago she believed her thoughts and goals were normal. She felt certain that every woman had the same intrusive thoughts she was having; she now knows that these thoughts were not healthy and her desire for the perfect body was not real.

Carol Blake writes her anxieties, joys, depressive thoughts, and words of gratefulness on physical paper to see her thoughts with objective eyes.