What Comes After a Brother’s Death? PTSD, Depression, Anxiety; & Hope 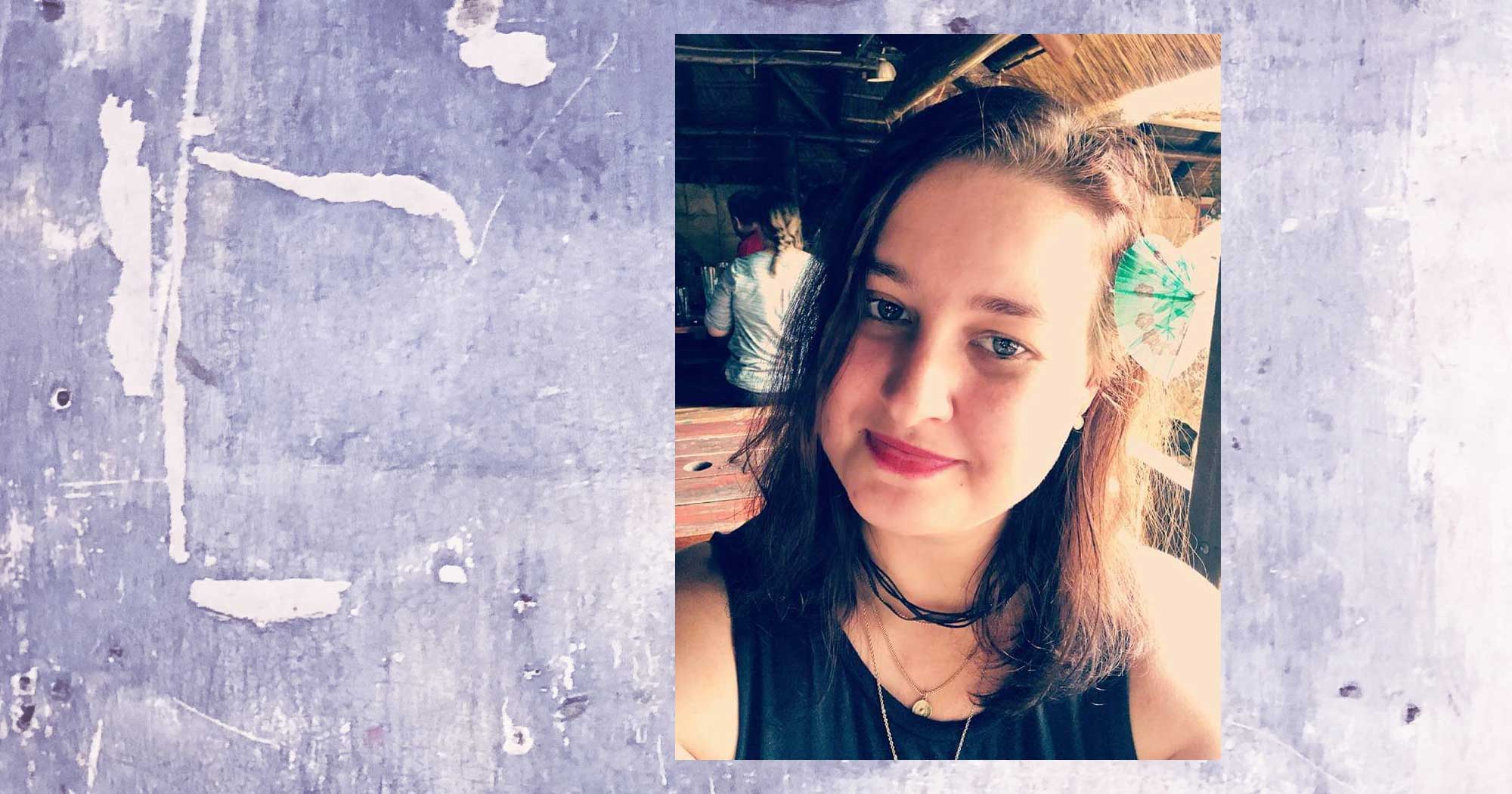 What Comes After a Brother’s Death? PTSD, Depression, Anxiety; and Hope

It was the canary yellow couches that tipped me off. Those stupid couches that my sister and I were never allowed to sit on, per instruction by my mother and her second husband. Those yellow, fluffy abominations caused stress and panic for years and yet, in that moment, we sat on them like it was normal. Like any of it was normal.

“Jade’s dead,” my older brother choked out. They say death doesn’t happen to the person who has died, it happens to the people who are left behind in the wreckage. I know this to be true.

Jade was everything to me, and I don’t mean that in the rose-tinted glasses kind of way that death seems to fog, I mean I knew what he meant to me in the exact moment he was being my guardian, my father figure and, most importantly, my best friend. We had inside jokes; we had music that we sang along with, off key, at the top of our lungs in his car. 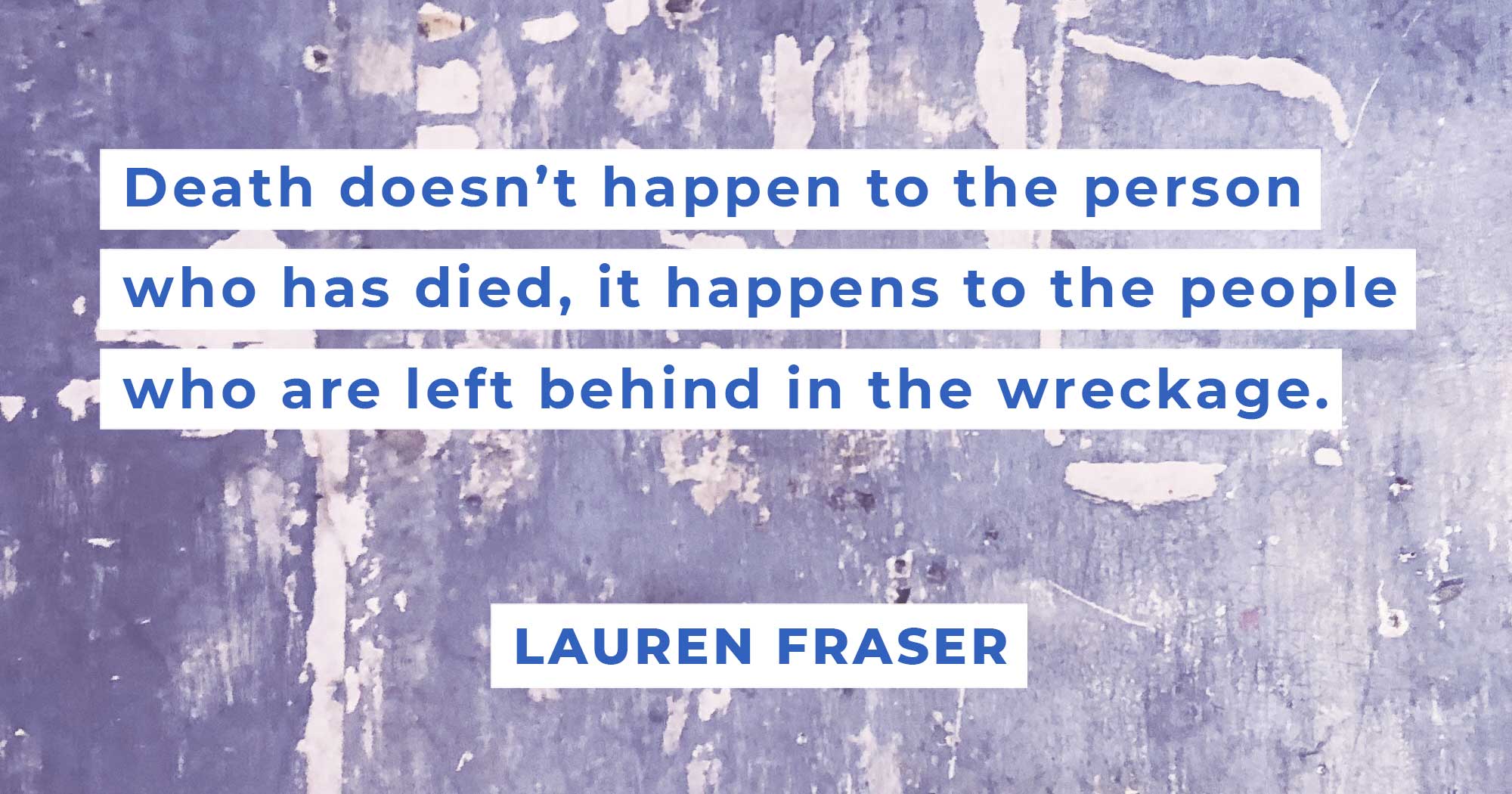 He protected me from my mother who had a habit she couldn’t break and a daughter she had broken. But that never mattered, not at the time, not to me. None of it mattered because Jade was my mountain, he stood between me and the world around my peripheral eye. He fought for me; to have a life, to be the kind of woman he knew I’d grow up to be. He fought my family, he physically dragged me away from my mother and condemned her to the life she was leading, but not his sister. Not me.

My brother? Not my brother. Not him. He was my hero and I lost him. I lost everything that day sitting on those perpetually forbidden couches, the very core of my existence shifted and tilted on its axis and in the ashes of that wreckage arose something else, someone I barely recognised.

He died when he was 25. I was 14; too young to stand on my own without him. I couldn’t cope without him. I grew harder, more detached. I changed fundamentally—after the tears, after the gut-wrenching grief that I never got over. I was something dark and tarnished. I pushed people away. I tried to kill the part of me that I saw as weakness, that was soft and squishy. That part of me that loved people, that part that would get hurt when those people I loved inevitably left. It was also the first time I cut myself to feel something other than loss and anguish; a pattern that wouldn’t stop for years.

Four months after Jade died, I watched my mother die in front of my eyes. At this point, I was too numb to feel anything other than relief. My tormenter had died. It didn’t matter that she was human. It didn’t matter that she was depressed. All that mattered was that she, the woman who was supposed to love me unconditionally, once fell into a bathtub. 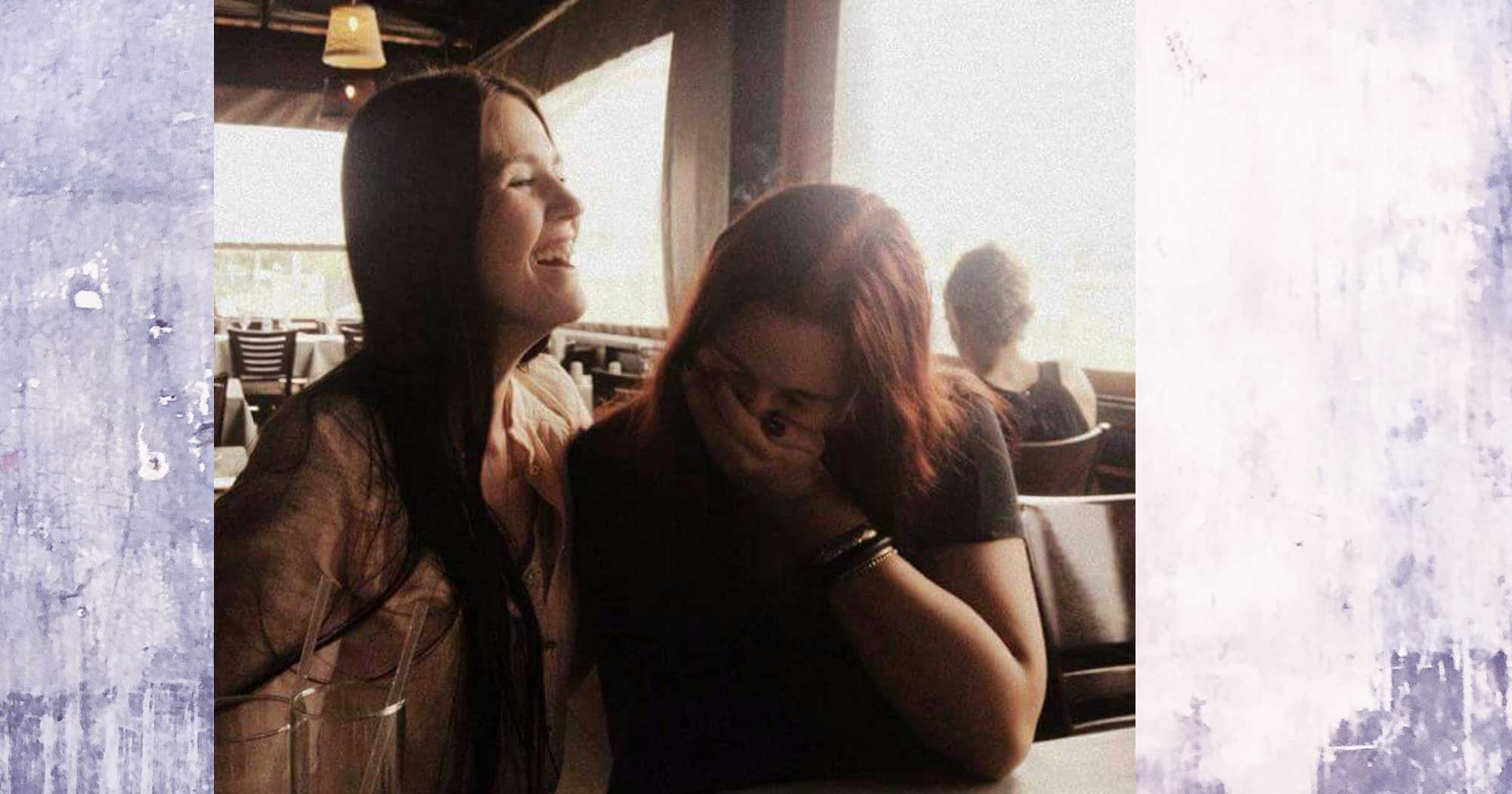 The blood lining the procaine and her screams made my heart race, and legs ache from how fast I pushed them to get to her. And when I did? Her drunken mumblings were incoherent, her head cut open from a candle stick. And as I gripped her blood-soaked body, as I failed to get her out of it then I could hear the words clearly as if she spoke directly into my ear. “You did this, you pushed me.”

My depression came over me like a hurricane and never left me. I’m not sure if I always had it, or if it was just a shadow looming over me until trauma struck, maybe it was just the aftershocks of that trauma. I don’t really know and I don’t think it matters at this point. 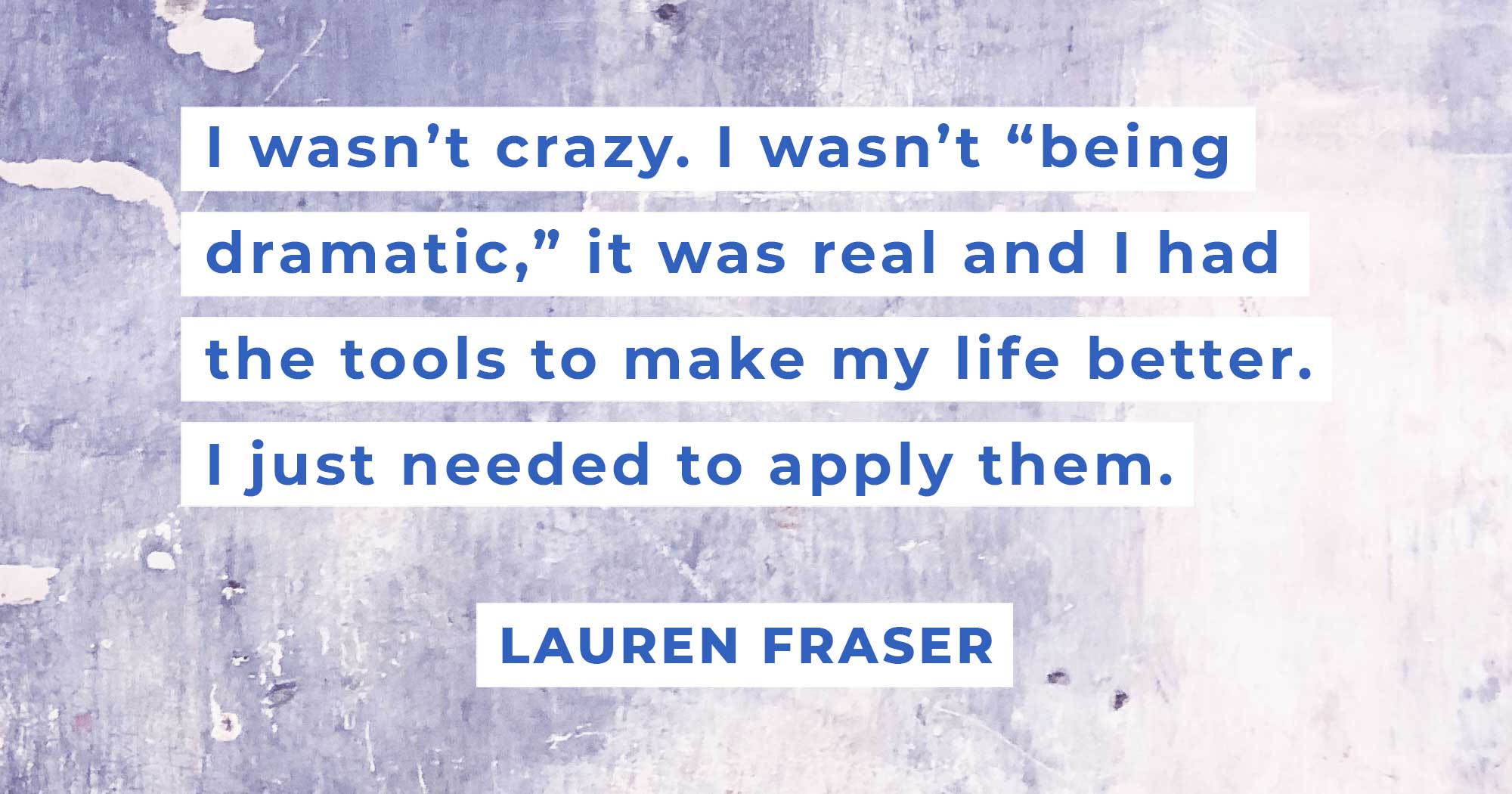 My depression was crippling at times. I had a revelation at some point; I was suicidal. I wanted death but not at my family’s expense, not after what they had experienced from the deaths in our family. So I laid in bed, dusk till dawn and did…nothing. I didn’t work, I didn’t go out, I didn’t bathe. I didn’t have hope, and let me tell you that’s a powerful thing. Without hope, without a purpose? I was a walking corpse and I was exhausted of just living.

But this story, my story, does have that hope I longed for, it just took eleven years and spare change for me to get help. Not without a brutal kind of cosmic intervention though.

I had been living on my own for a couple of months when I finally broke down into a panic attack so strong it brought me to my knees, I couldn’t breathe, I could function properly, it was like every bottled emotion I had ever had released in that moment and it was overwhelming and then finally I felt absolutely nothing. 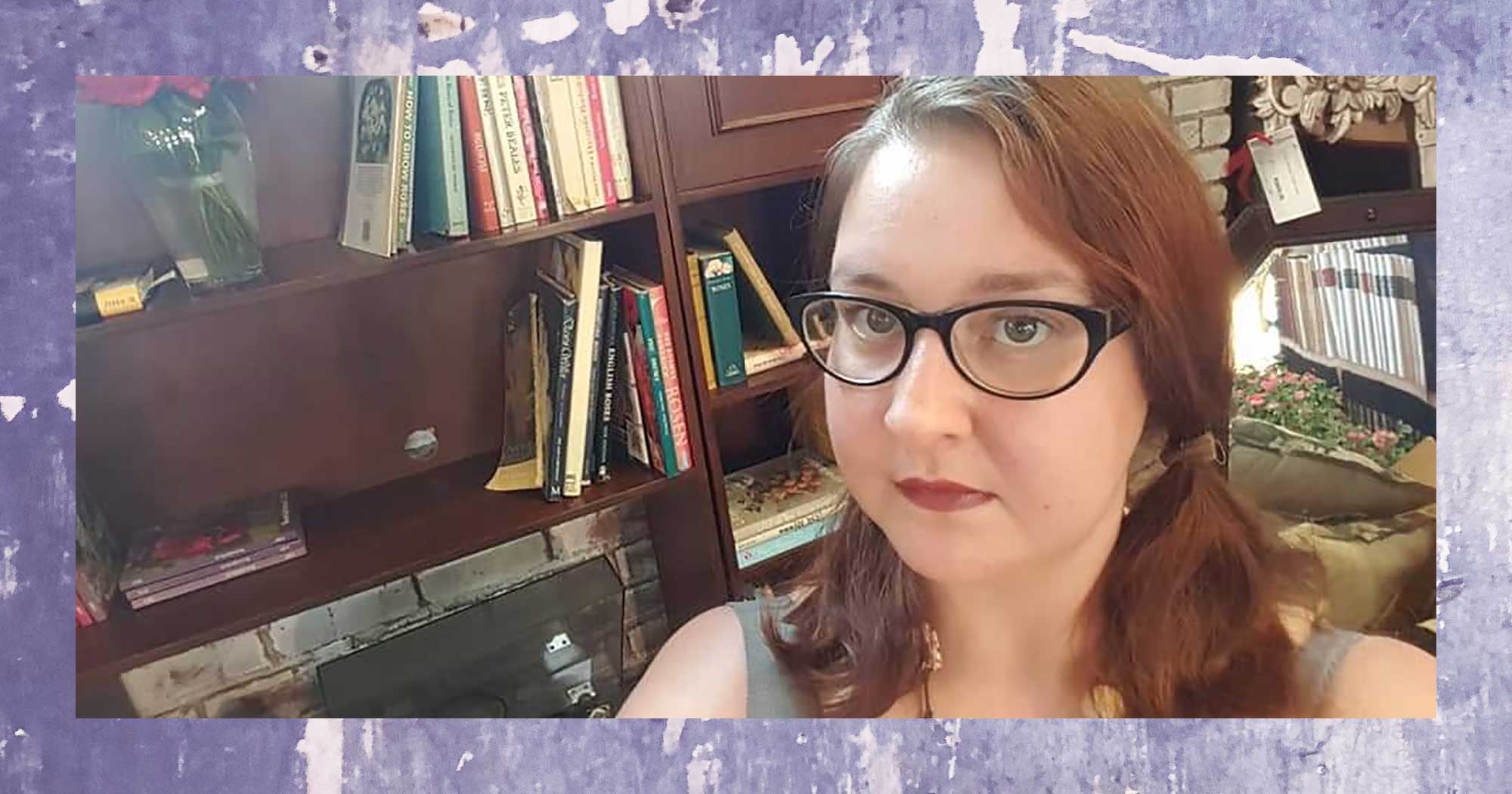 Once the stress and anxiety overrode my body, I finally reached my long held goal. I had become numb to the world, I felt no pain, no happiness, just nothing. That’s what the depression held for me at the end, just a black void sending me adrift. I had some sort of epiphany in the moments that followed. That feeling? The absolute absence of emotion? It was inherently wrong. It scared me to the point that I knew I had to do something.

So, with my family and friends loving support, I booked myself into a psychiatric ward and got the help I needed. I was diagnosed with PTSD, depression, and anxiety. It was like a balm for my wrung out nerves. I wasn’t crazy. I wasn’t “being dramatic,” it was real and I had the tools to make my life better. I just needed to apply them. 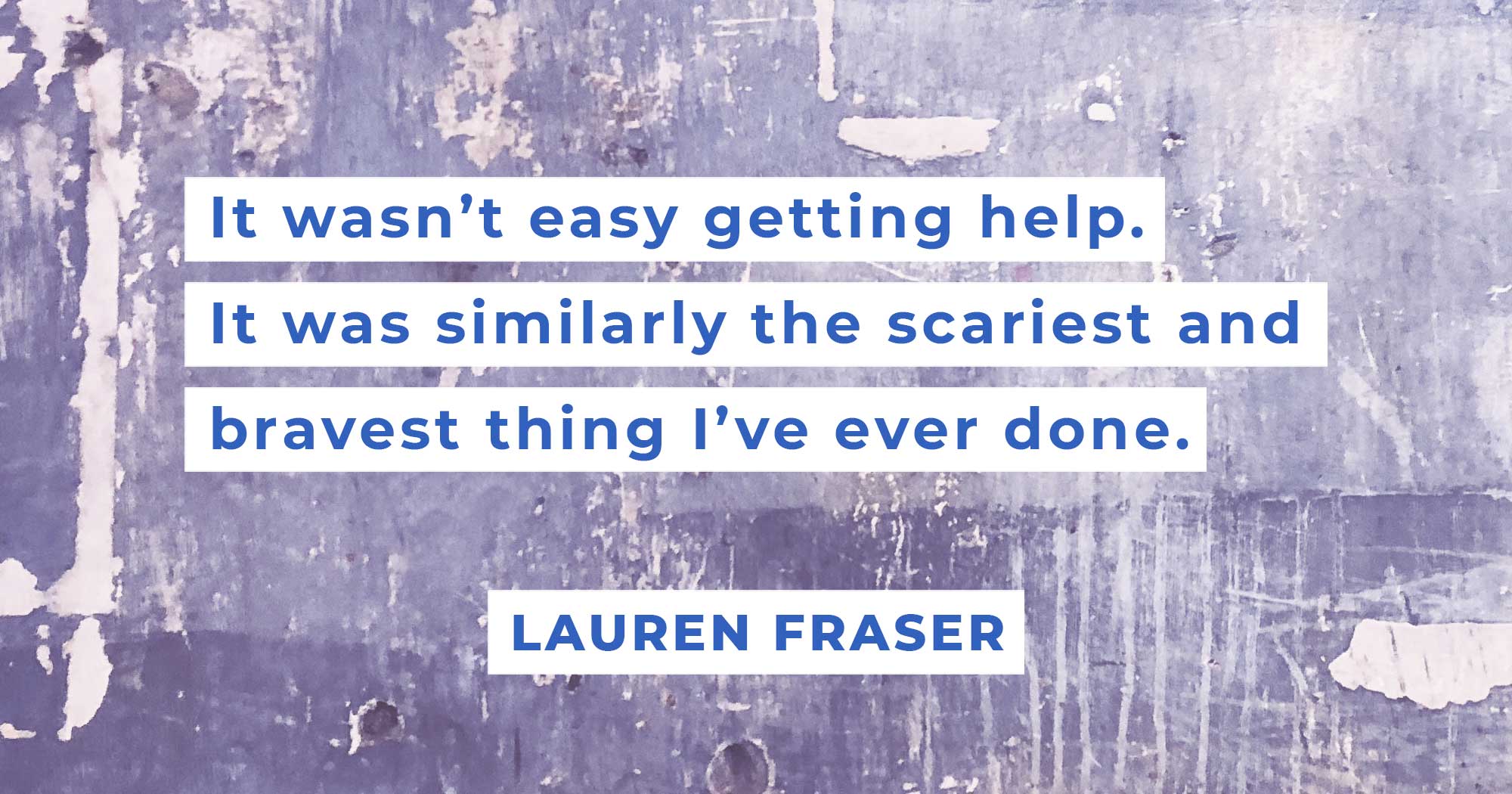 I met some wonderful people in the two weeks I stayed at the hospital. Something that still baffles me is the stigma that depression equals selfishness. It isn’t that we’re selfish, we care deeply. It’s ourselves we don’t care much for and meeting those people, looking them in the eyes and seeing what wonderful souls they have lead me to wonder; If I can look at them and wonder how they don’t see their beauty, do they look at me and wonder the same?

These are the things I’ve learnt:

My mother tried her best. She was a woman who needed help she didn’t get. Her life could have become my own legacy but I refuse to be that version of myself any longer. I work on it day by day and it’s not easy, rewiring my brain to think positively and not drown in darkness, but it’s worth it. I have happiness as a part of my life now and not some far reaching goal. I don’t take much for granted anymore, I have such a good support system, I’m living with people who care and a family that regularly checks in. It’s okay to take a day for myself, it’s when those days bleed together that I know I have a problem.

Meditation is a big help to me, sitting quietly and breathing in the air around me and trying to centre myself often leads to me having a sense of peace and not an overwhelming experience of panic. I take my medication every day and have steeled myself with knowing I’ll probably be on it for the rest of my life. 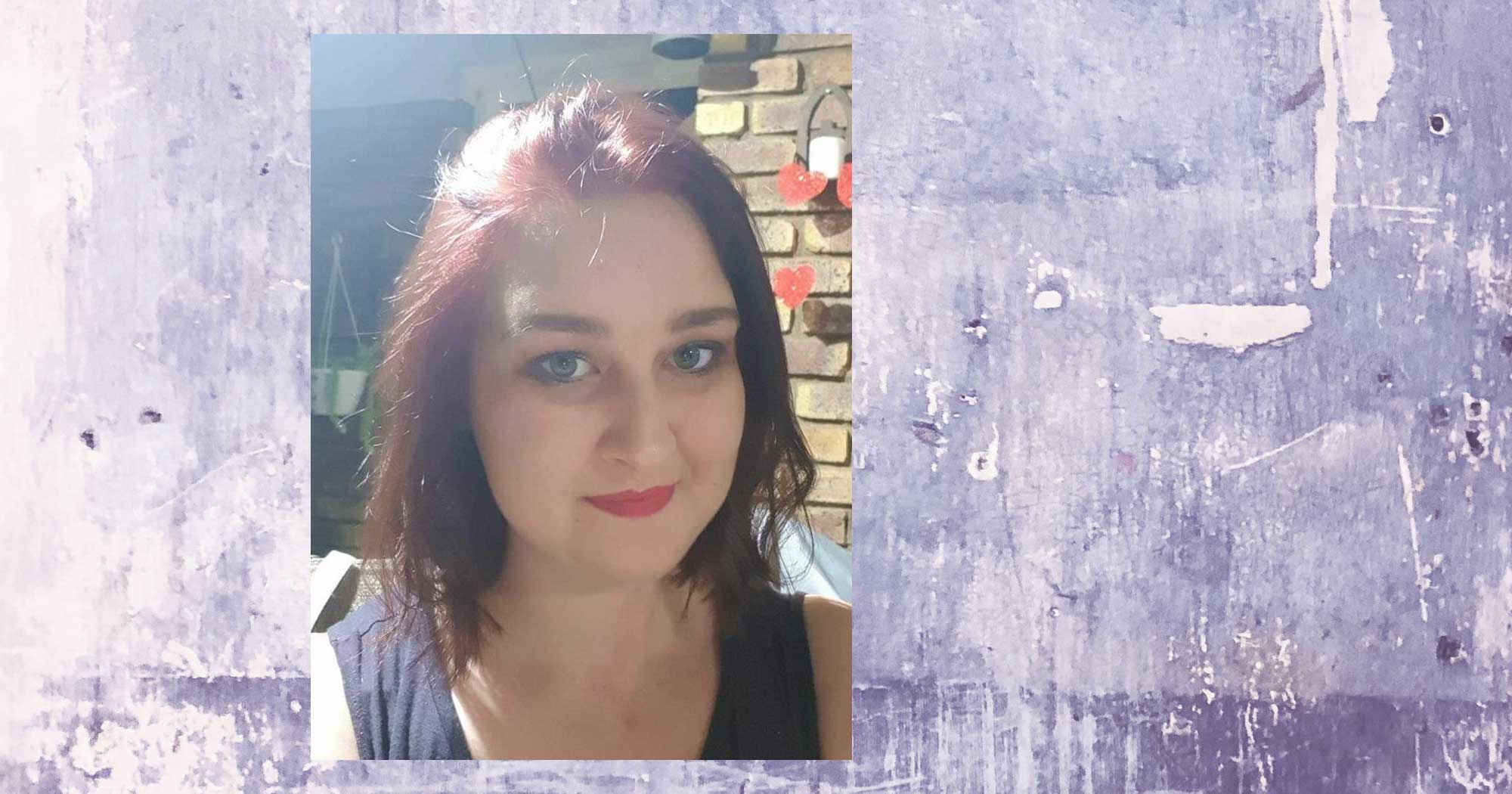 I still miss my brother every day and lately even my mother (and also have found that I’ve forgiven her), I don’t think that will ever go away but the pain of missing them isn’t crippling anymore. I loved them, even with my mother’s flaws. Death is just a part of life, a sad often devastating part of life. But I can’t keep dwelling on the past so much that’ll it influence my future. That’s not what they would have wanted and it’s not what I want.

It wasn’t easy getting help. It was similarly the scariest and bravest thing I’ve ever done. I think Jade would be proud of the woman I’ve become, but maybe it’s alright to just be proud of myself. To know I did the right thing for me. To wake up every day and have a plan. To mediate when it gets stressful, to take a walk and take in the beauty around me, to laugh at silly things, to love without hesitation.

Lauren Fraser is a young writer living in South Africa. She writes about her life and the journey she has been on. While she does this, you can almost be sure that she has a cup of coffee within reach. When she is not writing, she is curled up with her cat and a good book. Although her life has brought forth many obstacles, she has prevailed and is now living towards her hopes and dreams. Currently, she plans to finish her novel and try to see more of the world.