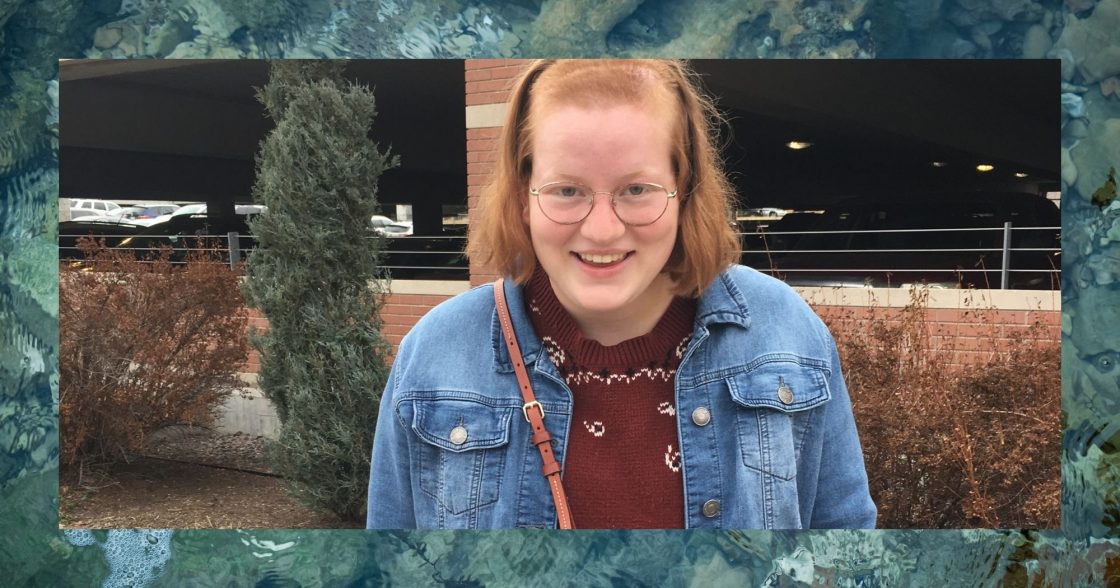 Going to bed started with eleven layers of chapstick and a thorough search with a flashlight to make sure no one was in my room. I could not go to bed when the clock was on a multiple of thirteen and had eleven seconds to turn on my left side when the clock was on a so-called “good” number. On that eleventh second, I would say “Goodnight, I love you” to my guinea pig three times, and take one last breath, covering my neck with the blanket. When the second of thirteen arrived, I could not breathe nor move, because if I were to be stabbed, that would be the second on which it would happen. I then had eleven seconds to turn onto my other side and complete the same rituals, but in increments of eleven. Hello, I am Harper Hanson, and I have obsessive compulsive disorder.

My OCD developed when I was four-years-old after witnessing my father’s first seizure. It began with chairs and the thought that I had to sit in a specific seat to prevent his seizures from happening.

As I grew older, my disorder worsened and by the time I entered high school, I was barely functioning. I went from a 4.0 honor roll student to a student who was failing almost every class. I had become suicidal and lost all hope and will to live. 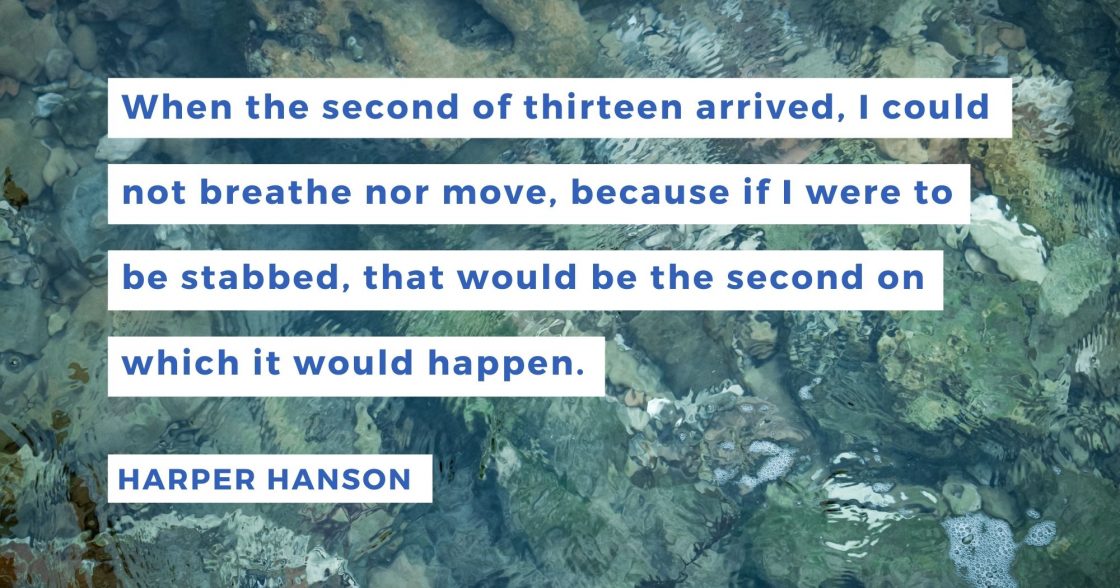 I started seeing a therapist at the end of eighth grade, who would encourage my self-harm and plan for suicide. It was in one of my darkest moments, when I told her I was thinking about suicide, and she told me how her brother hid a loaded gun under his pillow hoping it would go off in his sleep, pressing the idea on me I needed to do something that I wouldn’t survive. Her words would ring strong in my head: That I was pathetic, a burden, a hopeless case. It got to the point that in almost every appointment I would have crippling panic attacks and withdraw into myself, silent and paralyzed. During these attacks she would begin massaging my hands, eventually adding lotion and working her way further up my arms.

After spending a year and a half in this abusive cycle with her, I finally gained the courage to leave after she called my mother “a bitch,” but this is when OCD regained its grip over my depression and my barely-functioning self lost even more functioning. I went from a kind, hopeful person to a person so caught up in their thoughts that I couldn’t even recognize myself.

No one was oblivious to what was happening. Everyone could see I was suffering, so at age sixteen I was brought to my first partial hospitalization program where I would spend six weeks at a treatment center spending eight hours every weekday doing therapy. It was here that I learned to live again by doing Exposure and Response Prevention Therapy (ERP). ERP is the standard treatment for OCD, in which you expose yourself to your fear while resisting compulsions until your anxiety has habituated. After you do this over and over again, your initial anxiety to your trigger will not be as overwhelming. For the first time in ten years, I got some relief. 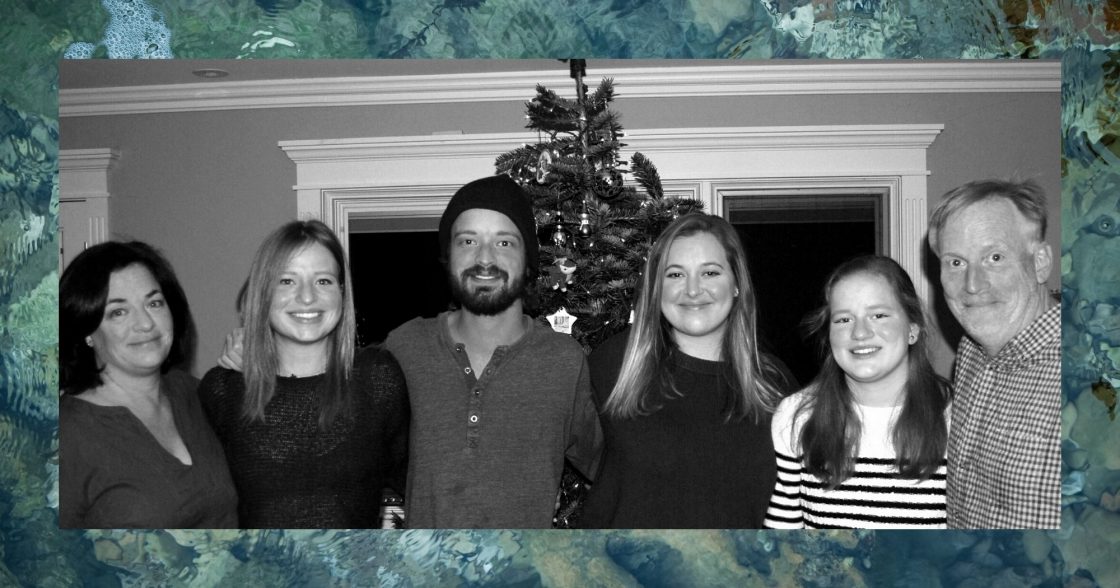 Take my knife obsession as an example: I had the fear of stabbing a person. My first knife exposure was sitting with a butter knife six feet away from me. As my anxiety lessened with the butter knife getting closer, it was changed to a chef’s knife, and as time went on the chef’s knife got easy too, so we upped the ante and went back to the butter knife, this time holding it to my therapist’s back. My final knife exposure was walking down the hallway with a chef’s knife to my therapist’s back saying “I might kill you.”

After the trauma I had endured at the hands of my abusive therapist, memories I’d been suppressing for years began to resurface, so I went back to treatment for my second time. This was the first time I started to display symptoms of PTSD and would be triggered by anything related to my old therapist. 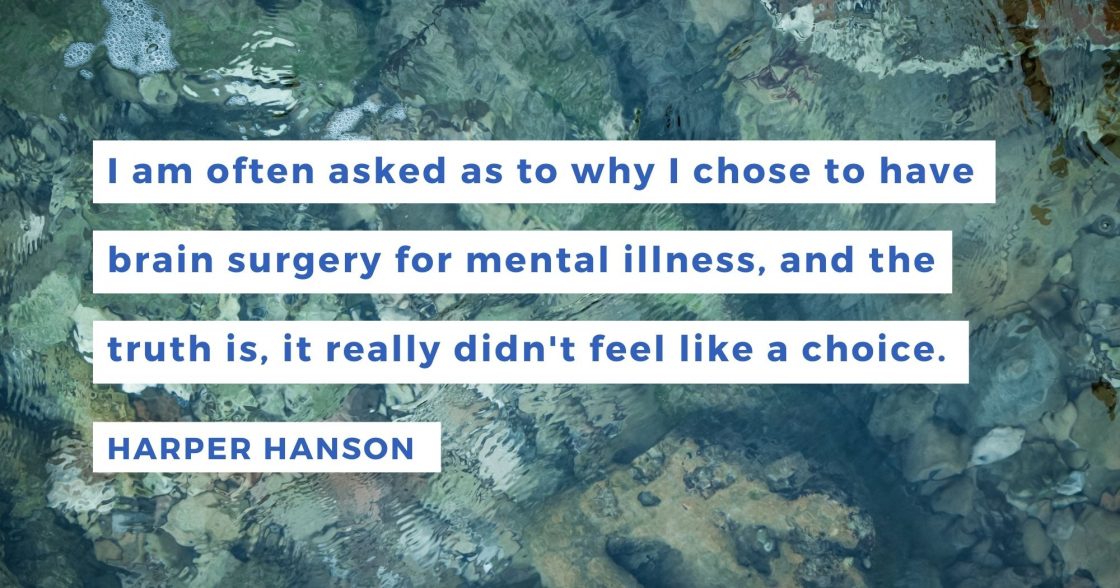 As I remembered the abuse I endured, OCD began to grip onto certain aspects of it to protect me. In turn, I could no longer see a Honda CRV 2012 or 2016 model without doing a painful compulsion in which I threw my head backwards and tensed the muscles in my neck eleven times. I could not see a blonde person who was overweight without counting and tapping. I could not go on my old therapist’s street. I could not look at or touch certain board games or objects that reminded me of her, I could not read, write, or say her name, I could not see pictures of her, and more.

I then ended up in partial hospitalization one more time after OCD made me fear certain foods. I was scared I would contract cancer from M&M’s, ringworm from fruit, tapeworm from red meat, and anaphylaxis from peanut butter. I also lost my ability to touch paper, use pencils, pens, and computers, making school very difficult.

​After leaving, I became aware that I was in a percentage of people with treatment-refractory OCD in which standard treatments did not work with great success or any success at all. This was a huge moment for me in which I realized this was why my OCD always came back stronger when I went to intensive treatments. That treatment only helped to an extent. No matter how much ERP and how many medications I tried, these treatments would never help to the point of getting me back to a functional point.

In December of 2018, I met with a doctor who was programming patient’s deep brain stimulation (DBS) devices. Within eight months of this appointment, I would become a candidate for DBS Surgery for OCD, this would include two surgeries to implant a device that would send electrical impulses into my brain constantly to help with the symptoms of my OCD. 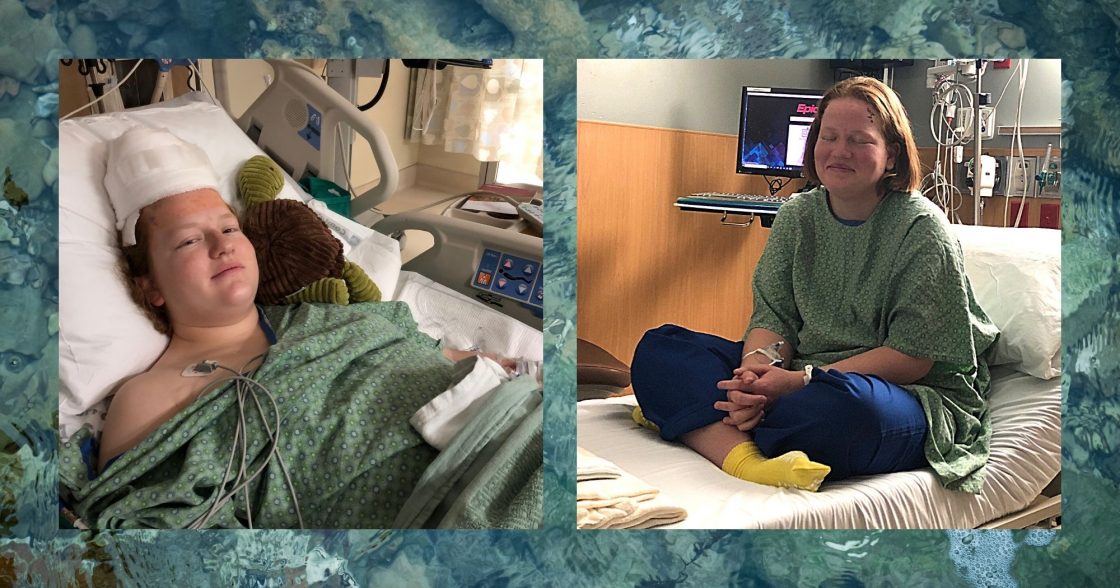 I remember when I got the email telling me I was a candidate: I was sitting at dinner with my family and looking down and just smiling. When I told my family, I felt a mix of anxiety and hope. Hope was the main emotion I felt, hope that I might actually get some relief from the Hell I was living in.

I am often asked as to why I chose to have brain surgery for mental illness, and the truth is, it really didn’t feel like a choice. I had lived with this illness for so long and had been incapacitated by it for more than eight years—it wasn’t a choice. It became a fact. If I ever want to serve a functioning role in society, brain surgery would be my only option. 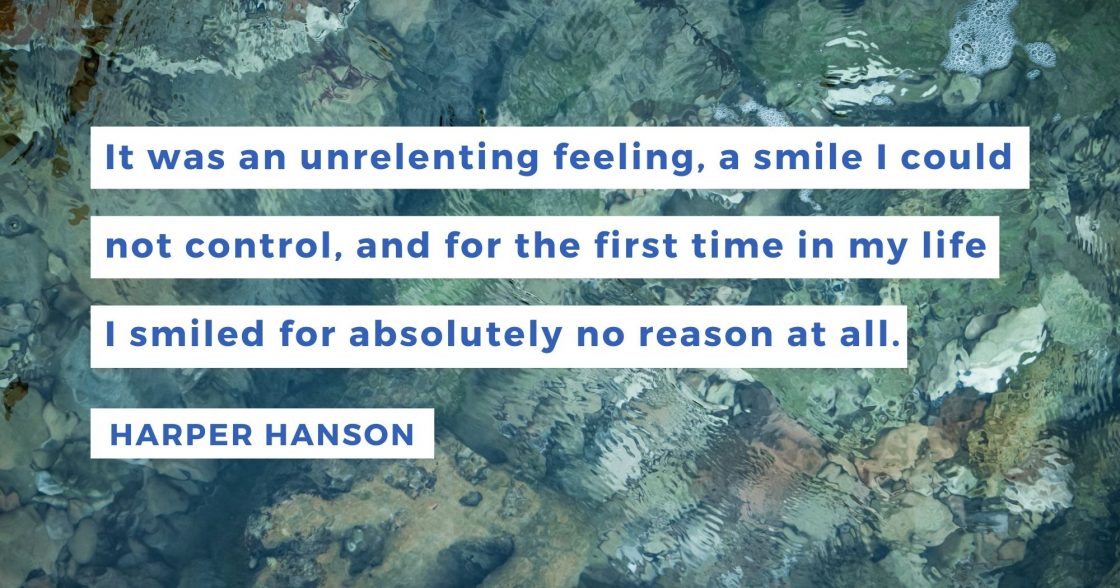 I wasn’t nervous for the actual surgeries. What I was nervous for was when my device would be turned on. I had two wait three weeks after my final surgery to turn on my device, and I was panicked. I had myself convinced that I would be a dud case in which no stimulation would help me, and this came true—the first time they turned it on, I felt nothing, but it turns out when you turn on the device you don’t always feel a change on the first setting. It was after the first adjustment to the settings that I did feel something; I felt a jolt in my stomach and then I just started smiling. It was an unrelenting feeling, a smile I could not control, and for the first time in my life I smiled for absolutely no reason at all.

​As my doctor adjusted the setting, my mood and smiles fluctuated, but I had a positive response (which means my surgeon hit the target in my brain spot on) on almost every setting. I can’t even express how strange it was to smile so randomly and how badly I wanted to smile; it was truly incredible, and something I will never forget.

After having my device on for almost seven months, my life has changed. I am now spending three hours or less a day dealing with my obsessions and compulsions, compared to the fourteen to sixteen hours a day I was before surgery. I am able to do my school work and the things I enjoy without being caught up in the anxiety of each individual task and am actually able to see a future for myself whereas before, any thought of the future was torture. For the first time in my life, I can say I am genuinely happy and thankful to be alive. 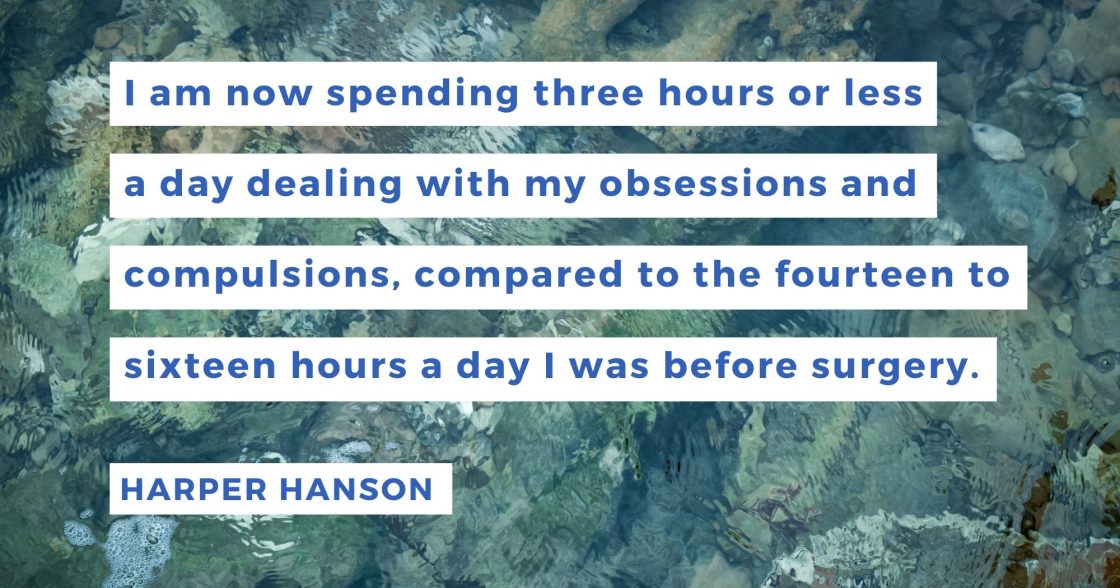 As I entered all my treatments and surgeries, I found myself terrified for the possibility of recovery because it left my future uncertain, but then it occurred to me that without trying something different, I would remain the exact same and would doom myself to a miserable future no matter what.

So, as I write this today, I am proud, not only of myself, but of you. You are reading this because you may feel lost and anxious, but I can assure you, you are not alone. Your treatment journey is not going to be an easy one, but I hope you are able to find some peace. So as you finish reading this, I really do wish you all the best: I wish you a journey you want to travel, because after all you have been through, you deserve it. You deserve help. You deserve to get better. You deserve to be happy and do the things that make you happy. You deserve to live your life without your mental illness dictating your every move, and most of all, you deserve to love yourself because you are an amazing human who wakes up to fight a battle every single day, and that bravery makes you worthy. Your now is not your forever, but you have to choose that; you have to choose to fight. 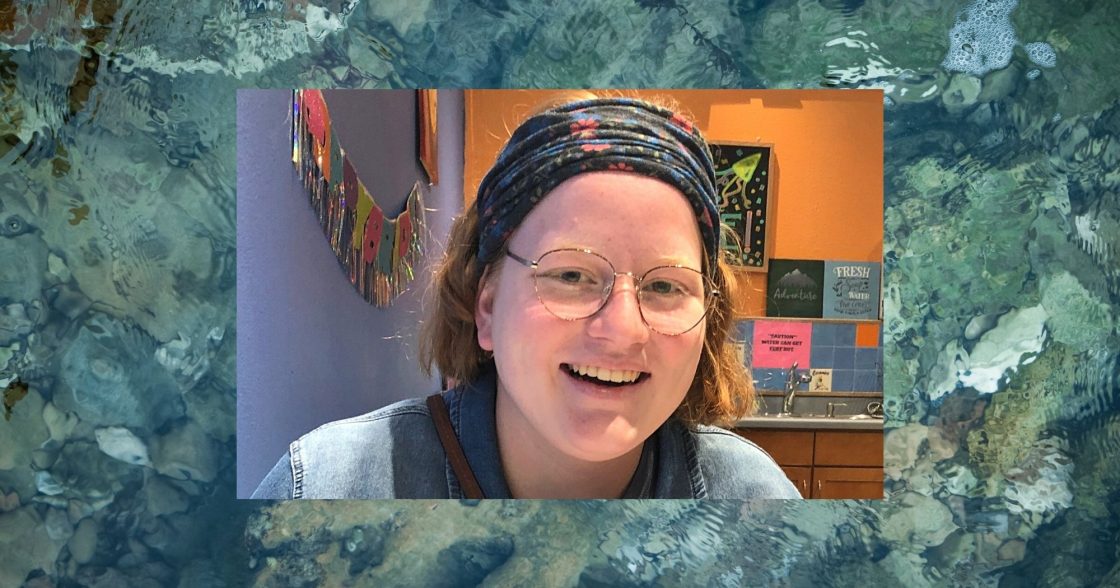 Harper Hanson is a writer, artist, and mental health advocate from Denver, Colorado. She is currently an art student with hopes of becoming an art teacher or art therapist, while also pursuing speaking on her experience with mental illness. Harper is pursuing opening a non-profit that writes letters to psychiatric patients in treatment (cranesforchange.com) with the hopes of bringing some hope into the world. Harper also advocates on Instagram with her page at instagram.com/harpers_hope_page and has shared her story on platforms such as The Mighty, Unstuck: OCD Kids Speak Out, and Scholastic Choices Magazine.

Thomas Duliban loves to share with people; but what’s acceptable to share of his autism, his OCD, his bipolar diagnoses?