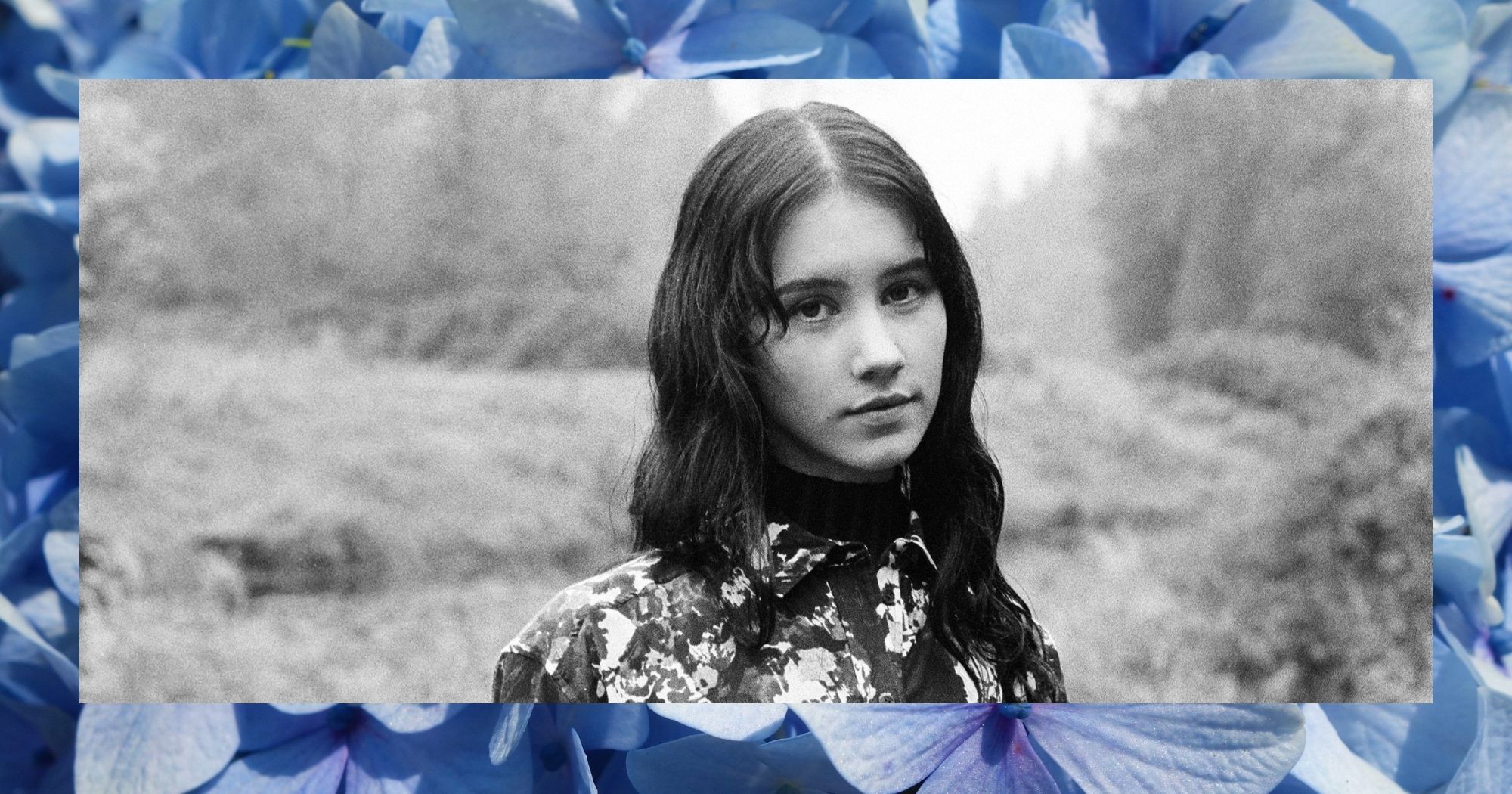 Labeling Abuse in a Borderline Relationship

​Quickly search “how to navigate a breakup with borderline” and nearly every result that turns up writes from a neurotypical perspective. Open up a few articles and you soon realize how strong a stigma the personality disorder still holds, considered, at best, a complex burden for the other partner and, at worst, a dangerous fuse.

What hurts the most, however, is after reading these articles finding that most ring painfully true: the fear of rejection resulting in icing out my partner mid-argument, or running away at the slightest provocation, the emotional spirals that turn the most casual disagreement into a cold tantrum that might last from hours to days, and the sky-high expectations demanding a level of communication near to mind-reading, a ride-or-die level of commitment and religiously unconditional adoration that leaves me oscillating between obsession and utter disgust with my partner. 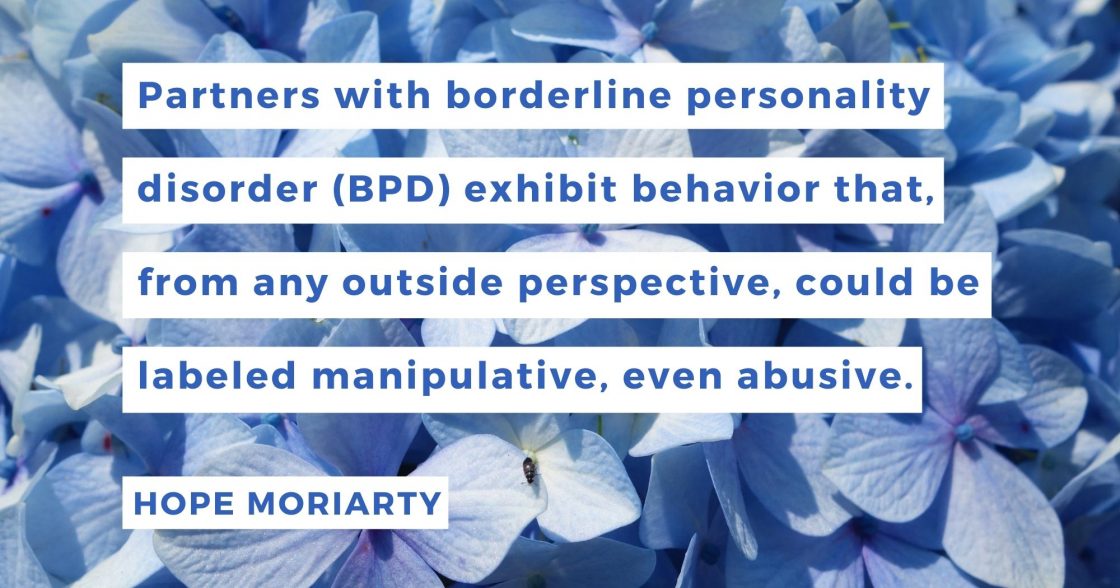 Partners with borderline personality disorder (BPD) exhibit behavior that, from any outside perspective, could be labeled manipulative, even abusive. So what happens then when both partners have been diagnosed?

Characterized by interpersonal hypersensitivity, BPD can lead to both hyper-idealization of a person on one end and extreme distrust and paranoia on the other. Emotions this intense can drive a person to a range of desperate measures, though psychologists have tentatively organized four different subtypes of behavior.

My diagnosis came in as quiet BPD, a subtype more common in women, characterized by the same intense emotions but reactions turned inward. Rather than exploding on the people around them, people with quiet BPD bottle up feelings of anger and hurt as shame and guilt, often resorting to self-harm, isolation, or simply running away.

After going through a range of medications and diagnoses from depression, to generalized anxiety disorder to trauma-induced panic, the BPD diagnosis to me was a complete relief. Finally, I found a small community of people experiencing not only a range of symptoms but the same internal tumult that had for so long left me feeling strange and isolated. One support group, in particular, gave me warm fuzzies like a door to a new reality was opening for me. Venting in times of intense emotion, relating over common experiences, and sharing healthy coping mechanisms. But that door hadn’t opened while I was still in my relationship.

My boyfriend at the time hadn’t been diagnosed yet either, or he had been misdiagnosed with bipolar. While I was silently imploding, he was exploding fireworks. He was the supernova to my black hole. The two of us created our own complete galaxy: beautiful and, at some moments, almost serene, but always chaotic. 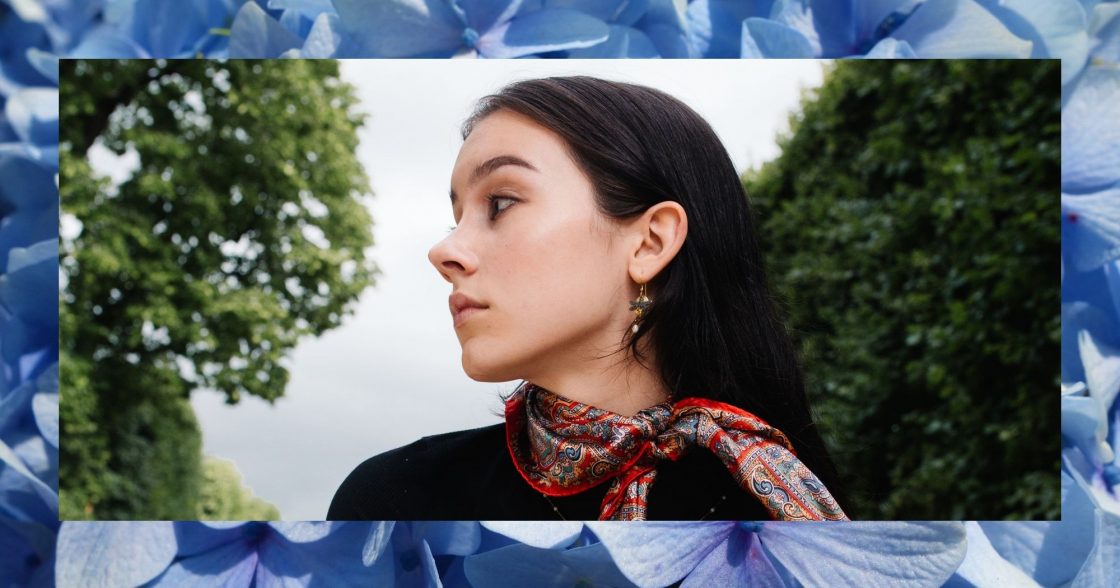 The first month we stayed out almost every night till early morning in the streets of Portland after the death of George Floyd. He armed us and shielded me from flashbang blasts while I flushed the teargas from his eyes and ran off to serve food to protesters.

The second month we were living together and moving between four different homes and apartments, at one point homeless, before I quit my job and we drove across the country, camping outside and eating cheap but well. 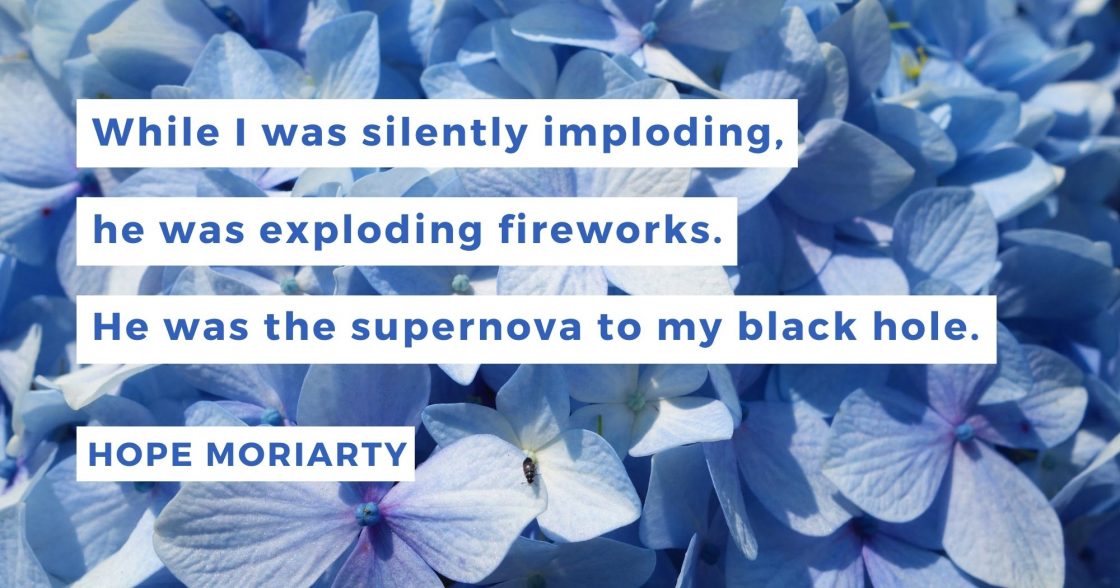 In a neurotypical relationship, a breakup usually signifies an end, after both partners have considered the relationship at a dead-end, or somehow unfixable. In my past relationships, I had always been the one to initiate the breakup, most often out of boredom, finding the relationship too slow or casual, in other words, moving at a healthy pace as we got to know each other, but I had no patience. Borderline relationships, after all, are often marked by early breakups. My boyfriend and I were no exception but when both people have BPD a breakup becomes near impossible to sustain, even the threat of one triggering in the other an abandonment trauma-response.

After my first attempt to break up was met with his full force of rage and pain, I was stunned. Never before had I experienced such an unhinged and desperate plea to get back together. I fell completely head-over-heels. Not with him but this indestructible bond we had forged. Unlike ever before I’d found a relationship that demanded my complete devotion, every ounce of strength, and my last drop of stamina. In return for everything, we could rely on each other completely. My self-esteem, my happiness, and my sense of security quickly became completely dependent on the stability of the relationship.

Before classes started in September, we’d survived our first breakup, but not the last. Far from it, they became part of a regular interval in the week, sometimes—but not always—consisting of screaming matches that lasted until the morning, throwing belongings out the second-story window, breaking jewelry and tearing up love letters, me running away in the middle of the night, him chasing me through streets and cornering me in rooms, me blocking and icing him out while he spammed me with phone calls and texted all my friends, him threatening over and over again to break my motorcycle while I drank myself to blackout and tore up my arms with my fingernails, him threatening to take a plane to Los Angeles or New York City and me demanding he book it for the same day, blackmail, suicide pacts, marriage proposals… Through it all we talked about the rest of our lives, imagined ourselves married, raising a family, and retiring together. Our friends expressed concern for both of us. But we knew we were right. None of them could possibly understand that we’d found it. 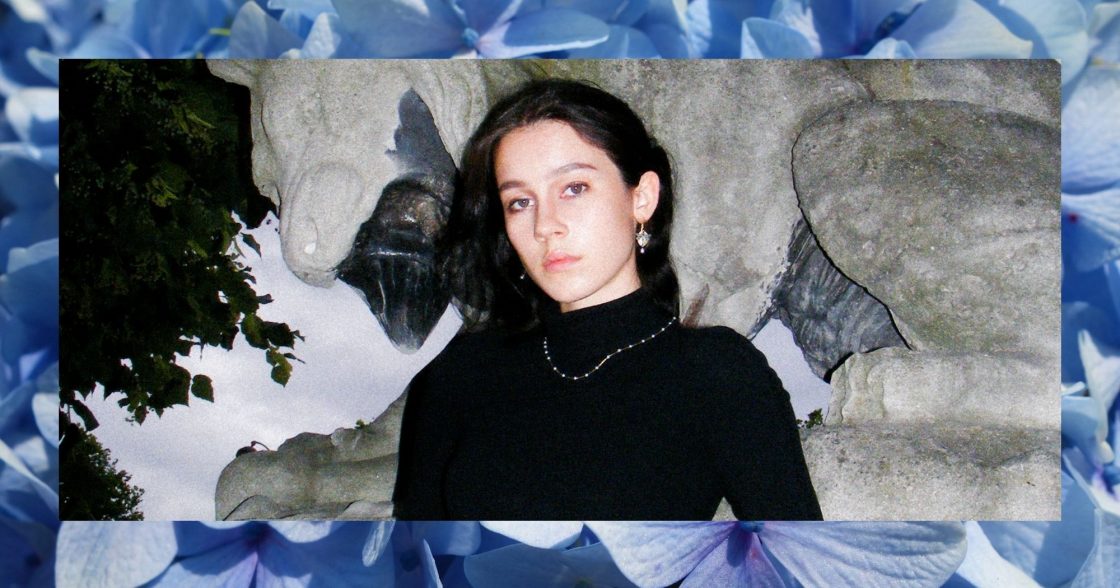 It took me months alone to realize what I had found with him was far from a relationship but a hollow addiction. Regardless of whether he’d been an abusive partner, the treatment I experienced was inarguable abuse. After so many attempted interventions by friends, therapists, and even strangers, however, the word to me feels almost meaningless.

I know why he hated the word because the label undermined the rules of our relationship. By the logic of our relationship, any action by him was acceptable because it came from a place of love. When that love felt threatened and turned to fear, anxiety, or paranoia, no action—no matter how explosive or violently destructive—could fully express the intensity he felt. 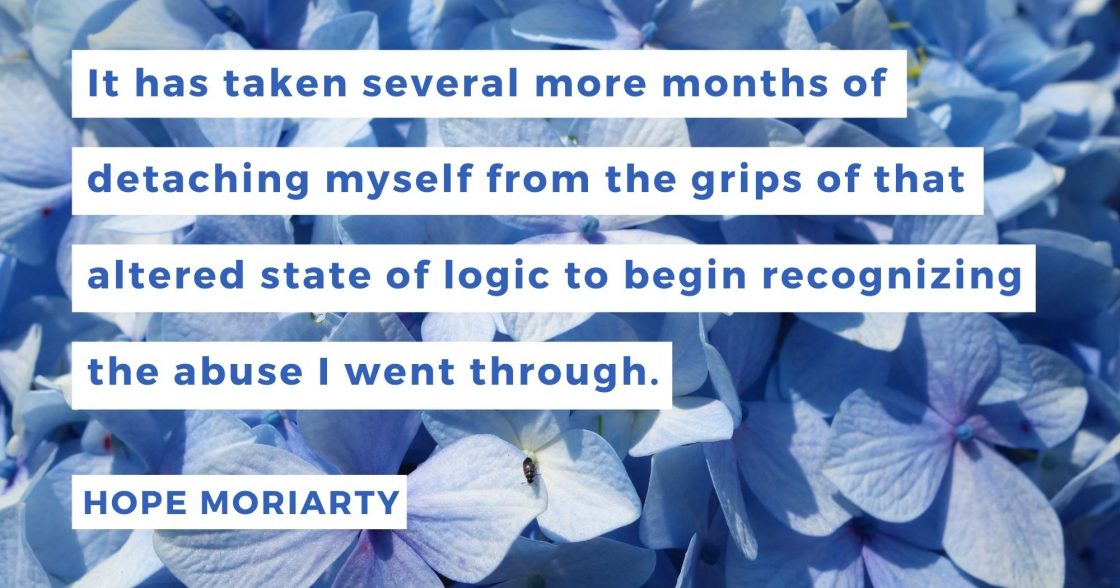 During our first big fight on campus, several other students came up to me after, as I tried to hide red eyes and shaking limbs, and asked me if I felt unsafe or needed help. I could have answered yes but by then I’d so normalized our dysfunction that such a word tasted like betrayal.

​It took six months to realize I’d never been in love. It took me another six to finally cut him off, block him his number, and all his social media. He found other ways, of course, to contact me. Emails, international calls, the good-old-fashioned knocking on the window at three a.m. after the rest of the house had fallen asleep and I lay awake paralyzed in fear that he’d find a way to unlock the window from the outside.

It has taken several more months of detaching myself from the grips of that altered state of logic to begin recognizing the abuse I went through. Even so, my relationship with that word remains complicated and confused. I can’t explain or attempt to define it for any other relationship. For myself, however, the word represents one emotion, in particular, one emotion that validates the brain fog of relying on one person’s interpretation of your world, allowing them to explain to you every detail down to your emotional reactions and hazy memories as you suppress your own intuition, and sense of self.

Even if it means doing so as if from outside myself, processing my abuse has meant feeling in full force my sense of injustice return. Like rainstorms in springtime, I’m learning to welcome these waves of rage that come over me as painful memories return to me with just a little more clarity.

I still struggle with blaming him, with directing my anger toward this person who for so long I accepted unconditionally and forgave completely as the better part of myself. Rather, I can recognize the abuse, feel the injustice at those actions and the situation, and demand justice for myself. 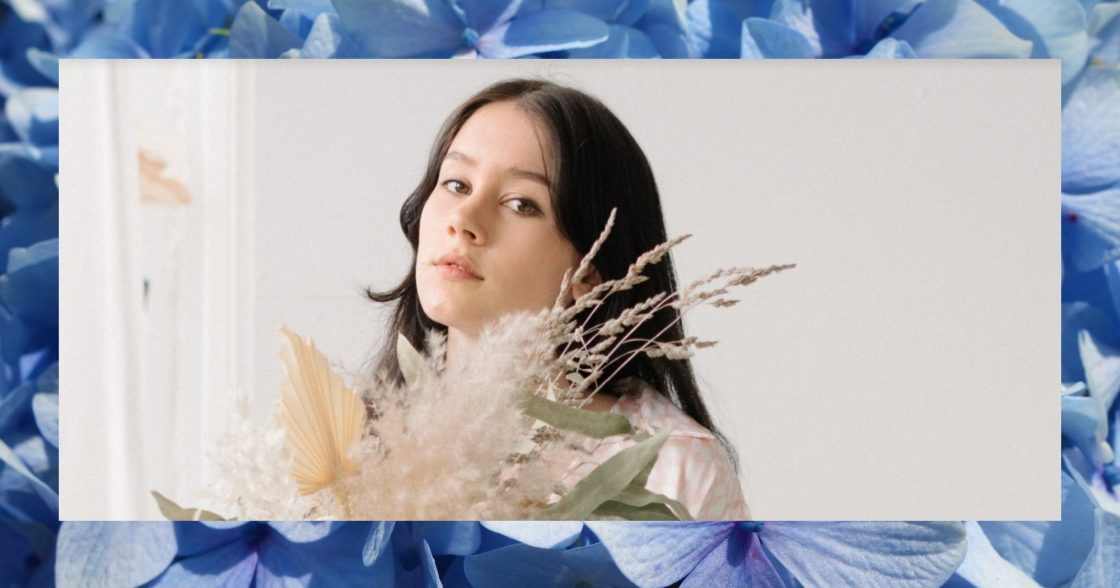 Justice for me has meant reaching out to my closest friends for love and support, rebuilding relationships I neglected for so long, prioritizing my own health and hobbies, pursuing my career across oceans to new countries where I’m resetting my system with all new experiences, relationships, and perspectives.

Hope Moriarty is a writer, and artist based in the Pacific Northwest where she works as a seamstress and volunteers as a literary editor. Her fiction has been published in Seven Days, Affinity, and The Wellesley Review. Her paintings have been exhibited in fashion pop-ups, and galleries such as the Waking Windows music festival. Hope is currently studying Russian and French literature as an undergrad.