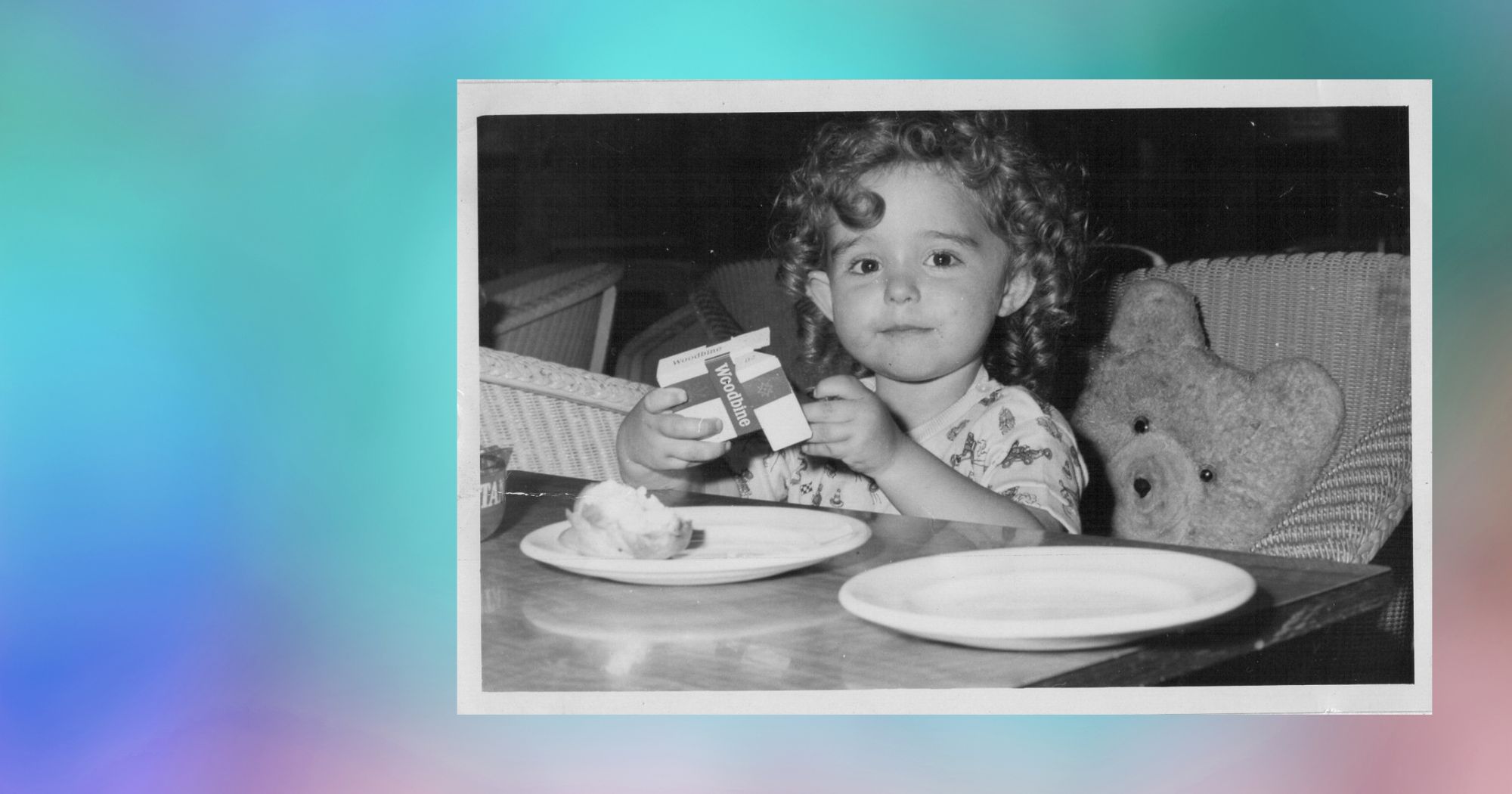 Bipolar Disorder, Independence, and Living in the 21st Century as a 20th Century Woman

As a child I lived the first twelve years of my life surrounded by what were then called, bluntly, “Mental Hospitals.” Many of my father’s generation would have called them lunatic asylums, a throwback to the Victorian era.

No one ever openly mentioned mental health in my family, or in any other family I knew of, for that matter. This was the early 70s and many of us had parents, grandparents, and uncles that had experienced the horrors of both WW1 and WW2 themselves.

Never did they speak of those experiences. One of my Uncles on my mother’s side had been in Burma. The only thing that would give the game away to an adult was his absolute hatred of curry, even the smell. And he would hold his hands up defensively towards me as if to deflect the smell when I bounced up to him to say hello on a Saturday morning after a curry on a Friday night.

I remember him as an eccentric character. “Mad as a hatter” was the only allusion to his mental health that any of the adults made. Now of course as an adult I realize he was traumatized from those experiences in Burma.

The “Mental Homes” and their unhappy residents of my neighborhood, a rather sleepy and leafy suburb of Surrey, England, did not stop us from playing in the street as children. The only times we were really reminded of the nearby institutions were when an old air raid siren would sound out to warn that a potentially dangerous resident had escaped. And even then, we would merely pause our games for a few seconds to listen to the sound and then continue to play. 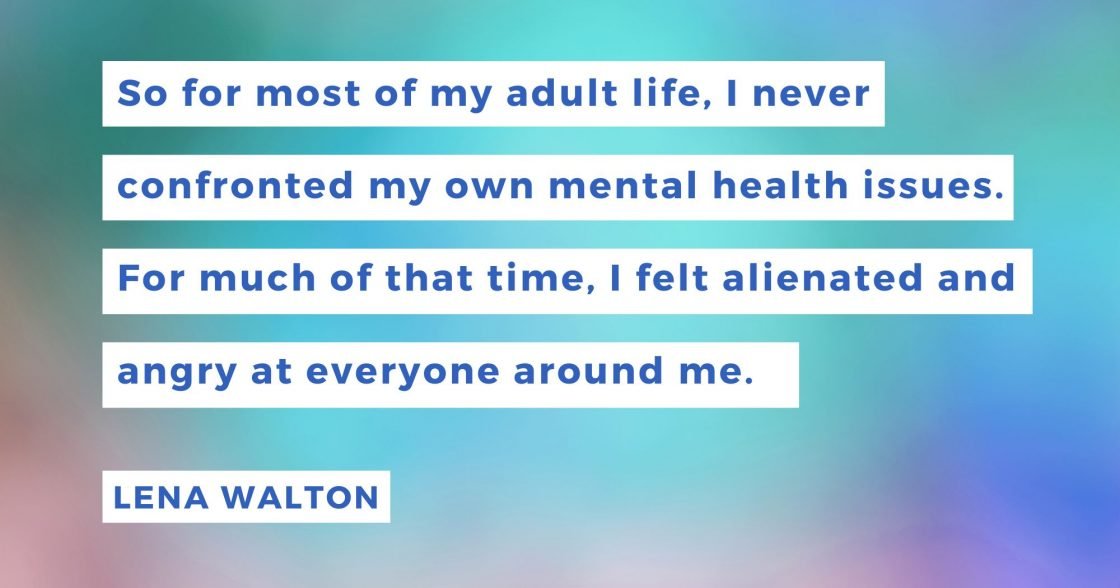 No one ever mentioned mental health, ever.

It did not help that from an early age I did not interact very well with my peers. Precocious and awkward were two words often bandied around to describe me. As I grew up, my isolation was made worse by the fact I made a conscious decision not to marry and not to have children.

So for most of my adult life, I never confronted my own mental health issues. For much of that time, I felt alienated and angry at everyone around me. There was always a sense that I was almost just born awkward.

I still don’t openly discuss these issues in my place of work. I have never been one to open up about my fears and discuss my, what would be to many, strange behavior. At best, people seem to describe my behavior as “not the norm” and at worst, “unacceptable.” An inability to lie, to flatter, or not show my dislike of someone. Extreme swings of emotion. My outspokenness coming across as rude. My preference for solitude, or the company of animals.

I can now recognize that holding things in has not helped in the long run. Or had I just forgotten, my constant rage at the world, my feelings of never being good enough, my sister always being treated differently than me, my grandmother’s unfair treatment of me. I’m trying more and more to communicate with others about these feelings.

Since pandemic started, I’ve talked to so many young people who have struggled through lockdown mentally. I never felt I had the luxury of being heard when I was younger. For me, this has been a good way to learn to listen to what people in the modern world are experiencing and how they are dealing with it.

Taking mental health seriously is not the same as “feeling sorry for yourself.” How many times have I heard the tough love speeches?  “Pull your socks up. Get on with it. There are people out there far worse off than you.” 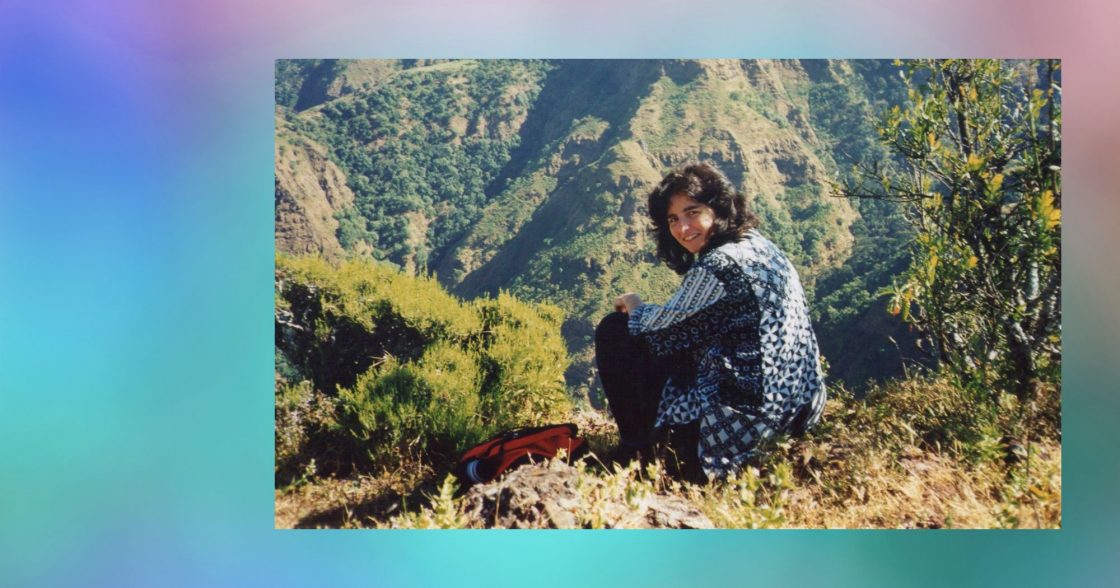 There is a thin line between genuinely struggling emotionally and mentally and just feeling sorry for yourself. I spent years not being able to differentiate between the two, believing that if I showed any sign of weakness I was being spoiled or doing it for attention.

So then my strangeness was compounded by becoming a virtual social outcast by my own choice. Society can be unforgiving; many women dismissed me as selfish, too selfish to have children. It never occurred to them that it was in fact the opposite.

My sexuality was constantly questioned by people who barely knew me. And then of course came the inevitable response if I ever suggested I had a problem or that I was struggling emotionally: “You have nothing to complain about. You don’t have children.” One woman I worked with even told me one day. “You are not a proper woman, you haven’t given birth.” 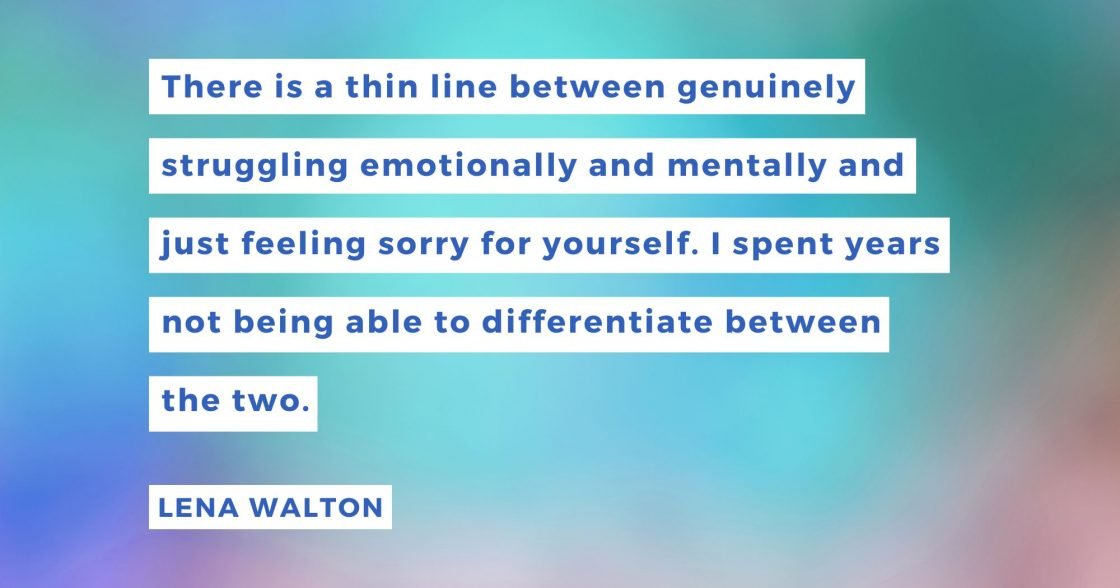 As a young woman it was easy to deflect all this bigotry. I traveled the world and was having life experiences that most people could only read in books. But as old age crept up I had to settle down and this meant staying in one place. And that meant becoming the white elephant in the room: The unmarried childless woman in the office of grandmothers and working mums.

What’s more, I had violent mood swings that people dismissed as a nasty temper. I had nightmares that despite my mother being told by the doctor I would grow out of I never did. People I didn’t like I never even bothered to pretend to. Unable to flatter people and unable to show any empathy towards a person’s situation. And an inability to listen to bullshit without showing my contempt for the person dishing it out. Bottom line was: I wasn’t liked.

​The list of my faults became longer and longer. And I could see nothing in myself that was worthy.

I just closed down and became more isolated with work colleagues. I worked in accounts and it was easy to pretend to be engrossed in numbers not feelings. They all seemed so composed, so happy. I felt they saw me as odd, no husband, no children for me to talk to them about. I was different, every woman I worked with was either a working mum or a proud grandmother. I had nothing to contribute in their eyes. And unfortunately many women saw and still do see a woman of my status as second class.

I often imagined myself as one of those weird reflections in the fairground hall of mirrors. Strangely normal one second and grotesquely distorted the next. 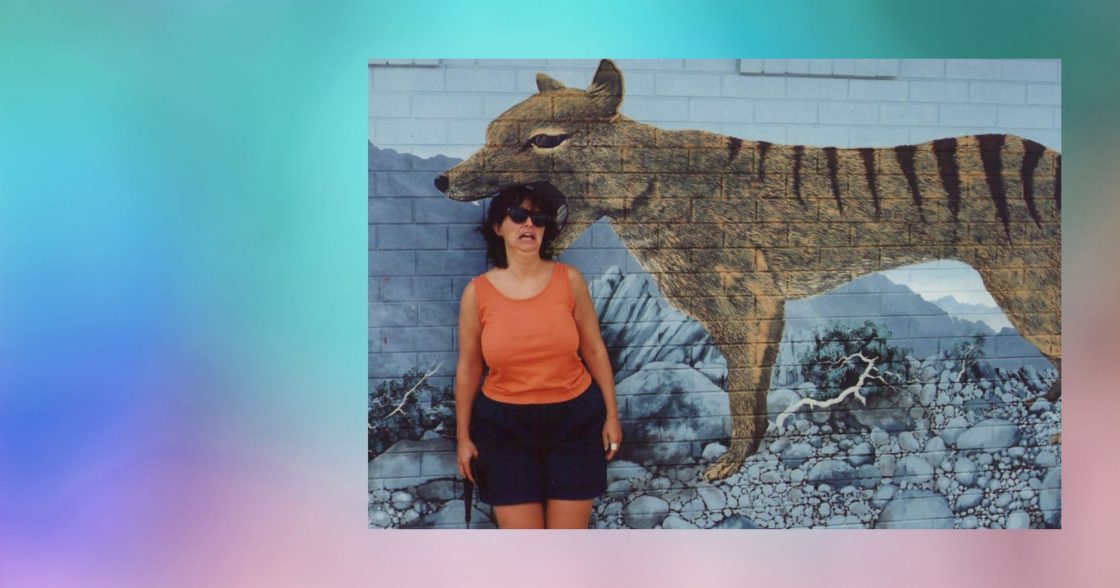 It wasn’t until I got older and I began to read some mental health blogs. I was surprised at how open people were about their problems.

By then I was, in retrospect, heading for a full spiral descent toward a mental breakdown. And the cold hard truth was I needed help. I was embarking on relationships that inevitably were ending with violence, either to me or by me to another. There were days when I barely functioned at work. My performance began to suffer. One day I had to leave work because my hangover was so bad I couldn’t stop vomiting.

Slowly, the cracks appeared. I started drinking heavily. Found myself gravitating to damaged people. I guess subconsciously finding similar ground with them. 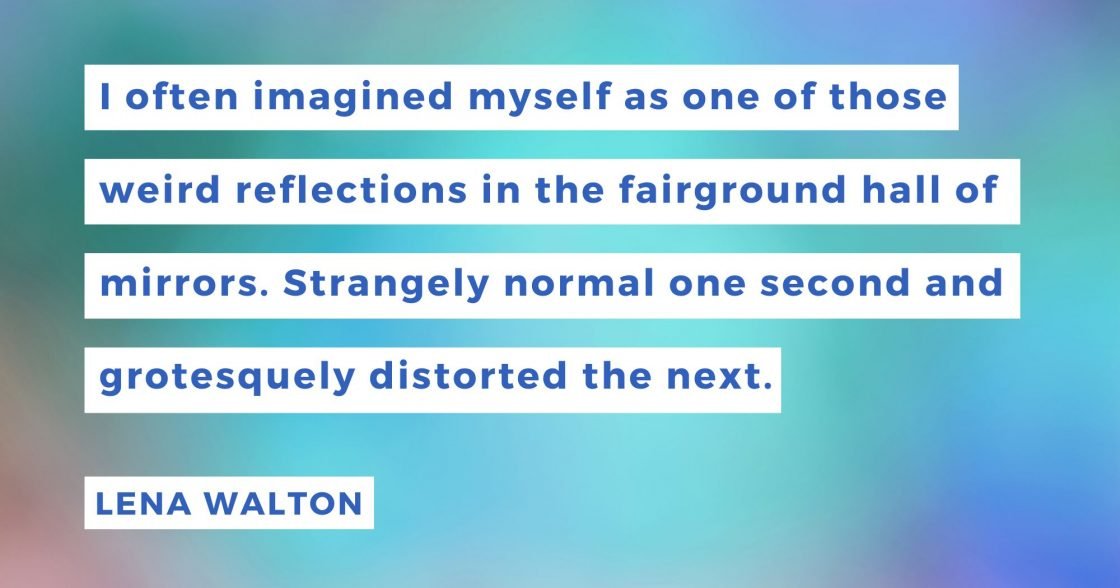 On one occasion on a rainy summer’s day I found myself in a squat. I still don’t know how or why I was there. I had a bag of groceries and remember being mesmerized at how the occupants of the squat devoured my food, and a little bit disheartened when one lady drank my bottle of wine in a few brief minutes.

My behavior became more and more erratic. Dangerous on occasions for myself and others. But finally my actions sent me toward too many introductions with the police.

And strangely it was the police that actually gave me the life line needed to get myself help. I had been arrested on a “Grievous Bodily Harm” charge and fortunately after careful consideration of the facts, they retracted the charge and suggested therapy. I grasped at the chance if only to ensure I kept my job and didn’t add a criminal record to my list of ever increasing misdemeanors.

​I realized my job was at risk and that scared me. I contacted the NHS and began CBT therapy and now am also in a 26-week one-to-one therapy session to work through some of my issues.

But I managed on the whole to meander through life, working hard, traveling and the friendships I had were and are still long lasting. Which suggests I had redeeming features all along.

But I was to the outside world an annoying independent strong woman. One of my Uncles, the same one who survived Burma, used to say “Lena doesn’t need anyone. She is strong enough on her own.”

And for years that could be said to be true. But, “No man is an Island”. Humans are, by nature, social creatures. 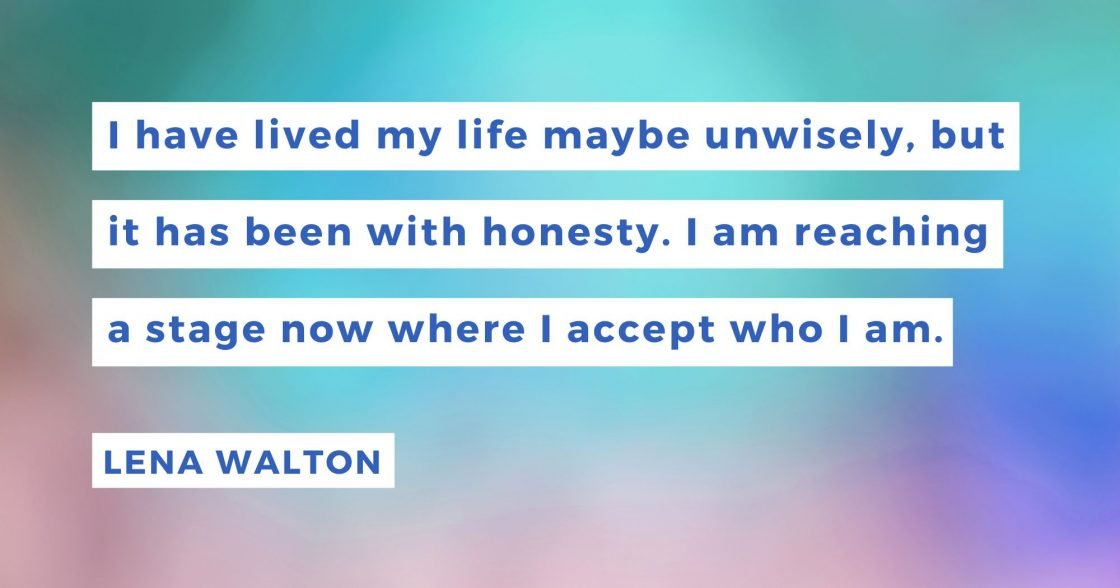 I was actually only diagnosed with a personality disorder when I was in my 50s. I had struggled through half a century before I realized I did have a diagnosable mental health issue.

There’s a song by the band, The Cars, the lyrics of which have haunted me for so long, especially that line, “Who’s gonna plug their ears when you scream.”

“Everyone” was the answer it seemed to me back in my youth. 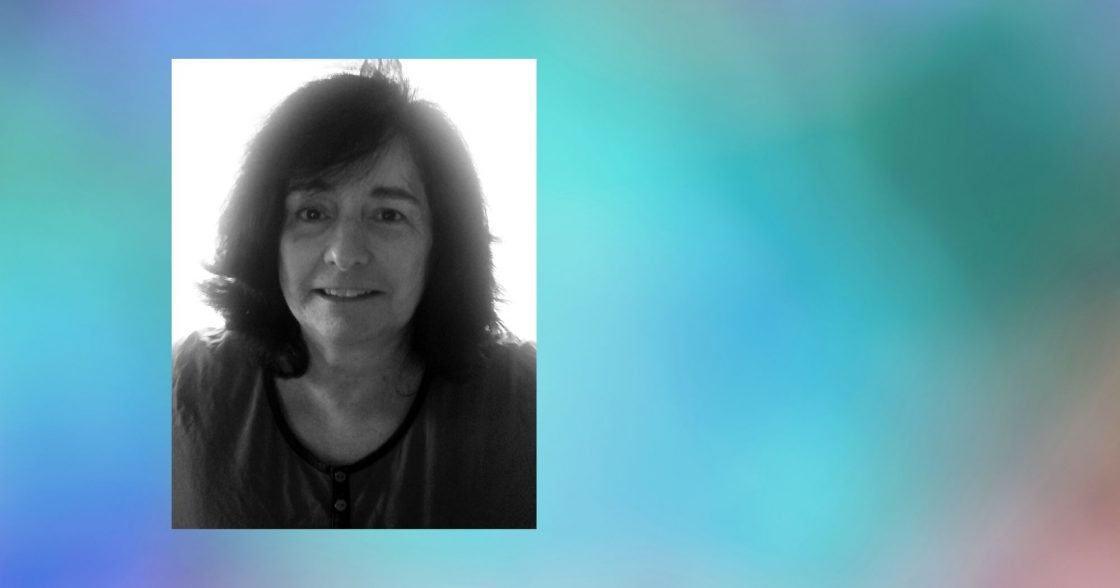 One of the things that has helped me to express myself in later life is my writing. It may sound like a cliché but writing is therapeutic in every sense. Pouring out your emotions and feelings on a blank page and making sense of them. And many times any anger, or antipathy towards people or a situation can be released on the page.

Now as I slip rather too rapidly into old age, I finally realize that we can help ourselves out of the darkness that we seem so easily to slip into. In the same song by The Cars, there’s a line, “Who’s gonna drive you home tonight?”

The answer is for me: No one is going to drive me home tonight. I am well enough to do that myself.

I have reached an age and a stage in life that I no longer feel I need to justify or explain. Everyone, I think, reaches an age when they look around them and think, “I no longer give a fuck what you all think.” Too many knocks make us like that. I have lived my life maybe unwisely, but it has been with honesty. I am reaching a stage now where I accept who I am.

Lena Walton started writing (or perhaps started writing again) when she was in her forties. She mainly focuses on travel articles and wildlife stories. She’s also branched into novels. Her book can be found here. She finds the creative process very therapeutic and often loses herself in her work. If you would like to see more of that work, check her out on Twitter @LenaWalton12 or see her previously published articles in Focus Magazine.

Men in the Black community are viewed as weak if they seek mental health treatment, but Derrick McQueen, a Black man with bipolar schizophrenia, didn’t let stigma stop him from getting help.