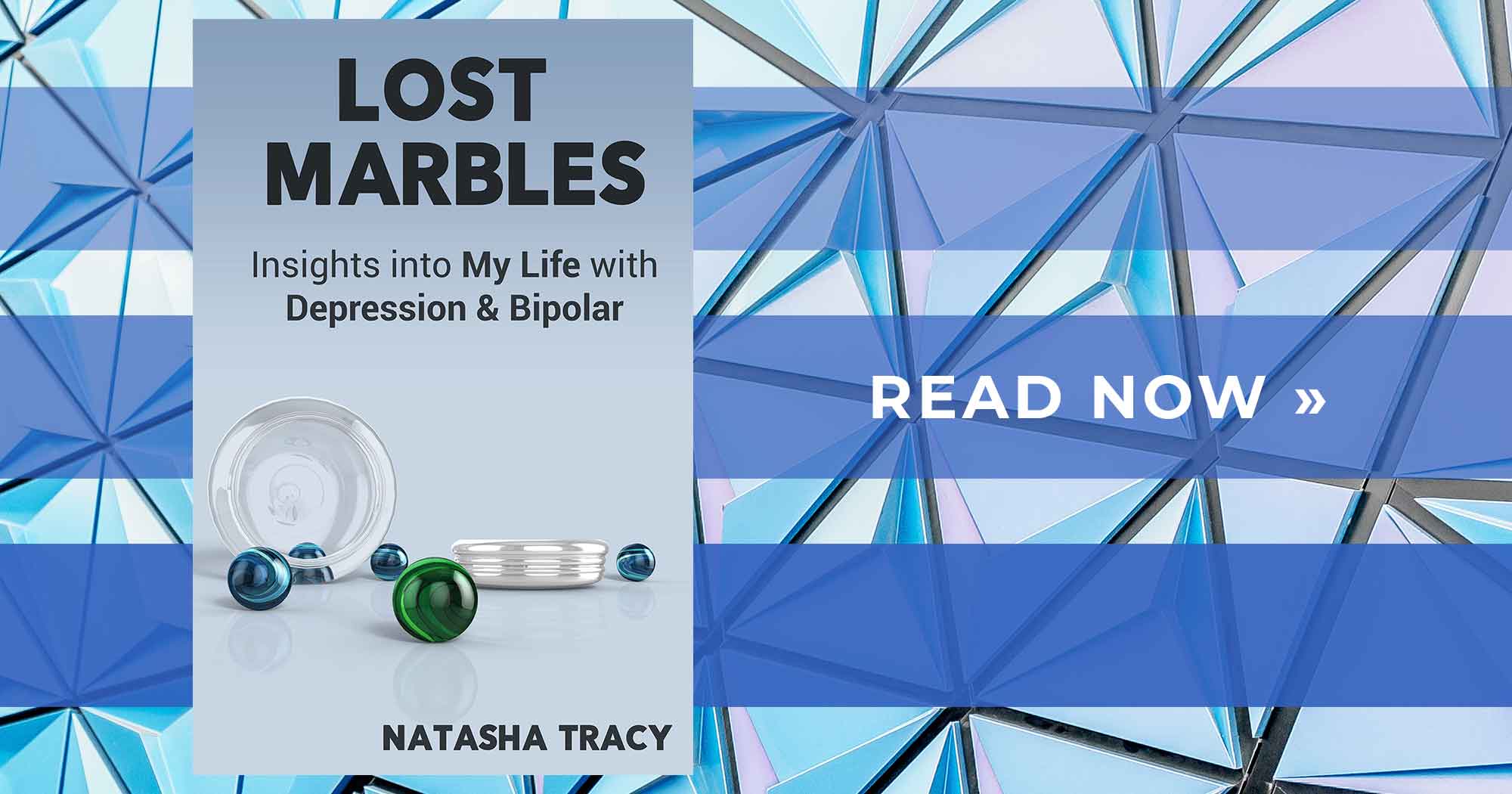 Challenges of Writing a Bipolar Book When You Have Bipolar

I have bipolar disorder and I’ve written a book about my experience living with bipolar disorder and depression. At first glance, these two things seemingly go together – you write what you know, after all. But I found that taking on an endeavor like writing a book while being sick with bipolar disorder myself was no simple task. In fact, while a lot about my illness made it onto the page, the way I was feeling while writing the book couldn’t. It was too dramatic, harsh and even, at times, life-threatening.

I was hoping to write my book in about twelve weeks. I put pressure on myself to make this happen. I thought if I took time off from my other work, I could get it done, I already had a good foundation of writing. My plan was to take every other week off to work on the book and at the end of that, I assumed it would basically be finished.

However, here’s the thing: writing a book is hard – like, really hard. And, regardless of the content, my timeline was aggressive.

No one really explained that to me. Or, if they did, I didn’t take them seriously. I thought I was the exception to the rule. I thought I was doing something difficult, but doable. Even though stressful experiences in the past had made me sicker, I was convinced this one wouldn’t do that to me. I made the mistake of forgetting that history foretells the future, no matter how undesirable that truth may be. I did not pay attention to my bipolar, something I need to constantly check in with. 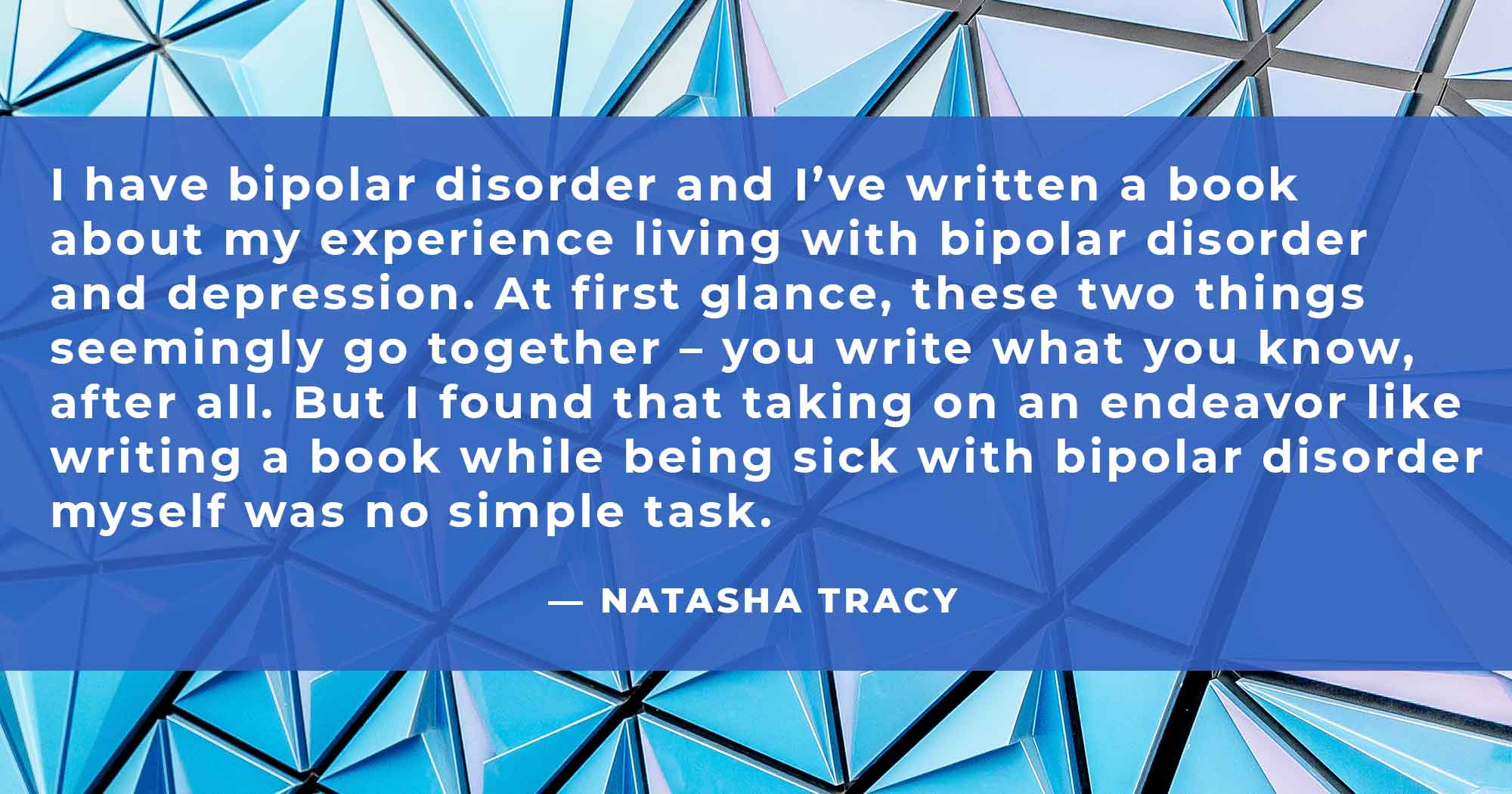 The Stress of Writing a Book’s Effects on Bipolar Disorder

What I found was that, a couple of weeks into the process, the stress was getting to me. The drive for perfection and a deadline, looming far too closely, was causing me to spiral. All the stress started to trigger a hypomanic episode (similar to bipolar mania, only less severe).

This hypomanic episode began in small ways. At first I was just moving too quickly. I was sleeping less. But these changes in my behavior made me more productive, in my mind, so I wasn’t about to give them up. I should have because, as I always tell people: the higher you fly, the farther you fall, and the bigger the crater you make when you get there. Had I have turned things around at that stage, the crater would have been more of a divot and, therefore, be easier to deal with. But, I did not turn things around then.

Hypomania has an allure to it, especially at the beginning. It’s a siren song that sings, “You’re better than everyone else, you’re smarter than everyone else, what you are doing is genius.” Countering that voice, even though it would have been best for me, was unthinkable. My advice to others is the best thing to do in a mood episode is to quell it, but its initial positive effects caused even me to fail to take my own advice.

Writing a book is exciting. I had the capacity to sit down and create something magical. That is one of the appealing things about it. Sometimes it can be hard to sit down and write a thousand words for a client, but to write them for yourself? Much more enjoyable. 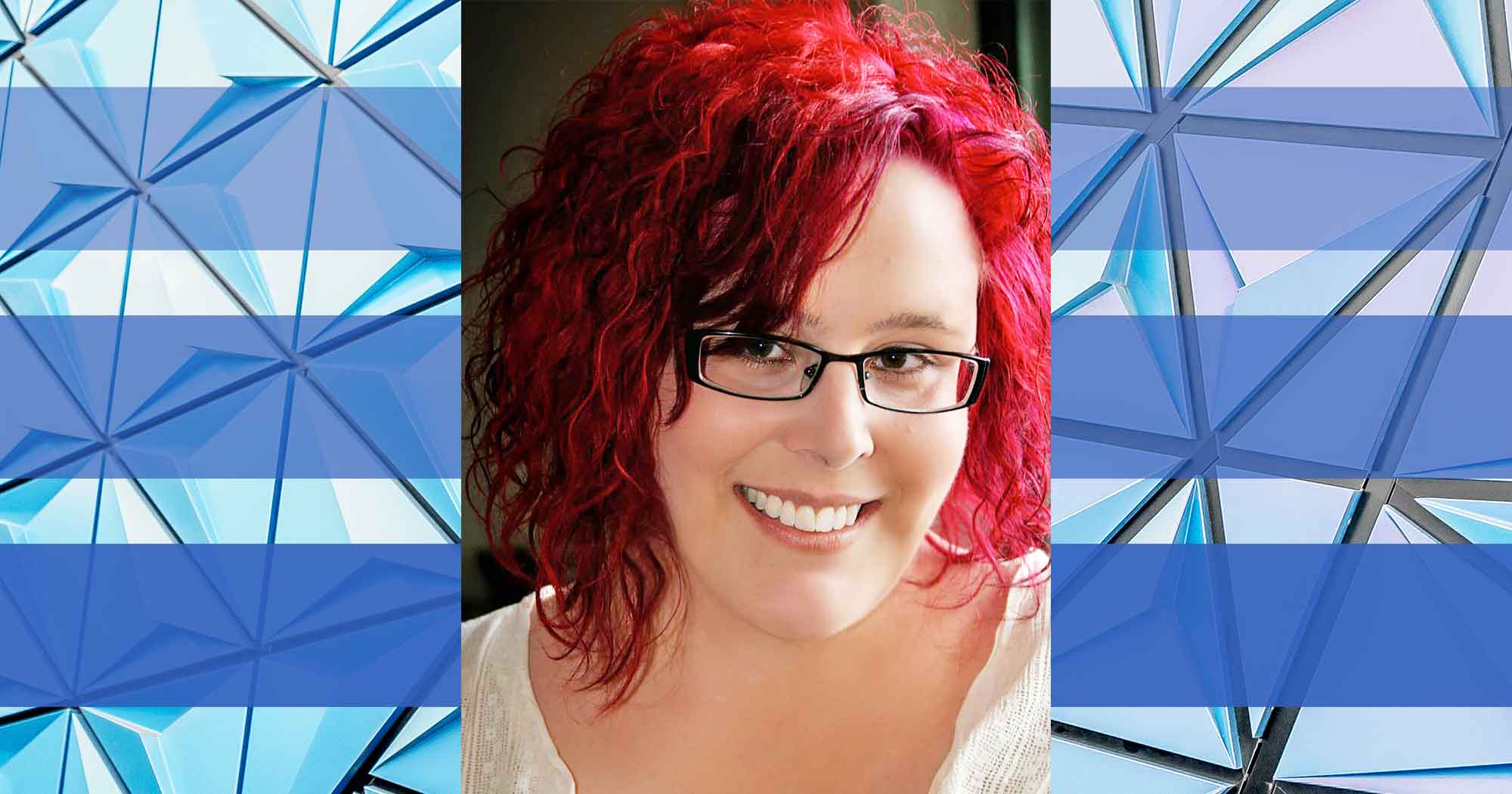 And sometimes it’s just as much of a slog as anything else. And what I felt needed to be in the book wasn’t just personal stories and experiences of effective coping techniques, but also technical detail that I knew people with depression and bipolar could use. I knew I wanted a section on treatment that could help those that were labeled “treatment resistant.” “Treatment resistance” in bipolar disorder has no official definition but what it does denote is a person who has tried several treatments and has shown little-to-no improvement.

I found a set of guidelines for treating major depression, and another for treating bipolar disorder that provided algorithms for treatment, which included information like what treatments to try and in what order according to the evidence. This isn’t the kind of information that is easily available to patients. Typically, patients wait for their doctors to make a decision, but with this algorithm in their hands, they could evaluate the evidence for themselves and make recommendations that suited them best, giving them agency in the process. While I am not a doctor, I have directed my own treatment for years. I look at my doctor as a partner in my wellness and I know this view is an important part of facilitating my health.

Translating this information into something people other than doctors could understand wasn’t easy and it took far longer than anticipated.

Then, when I had a renowned psychiatrist, (thank you Prakash Masand, MD), review this section, he told me there were more current guidelines and the section had to be rewritten. I was practically in tears when I read his email. I knew the book needed the revisions, and now I would have to start again.

This really put the pressure on as I threw out so many hours of previous work. And, because I was taking time off from my other work to focus on the book, money was becoming a problem. 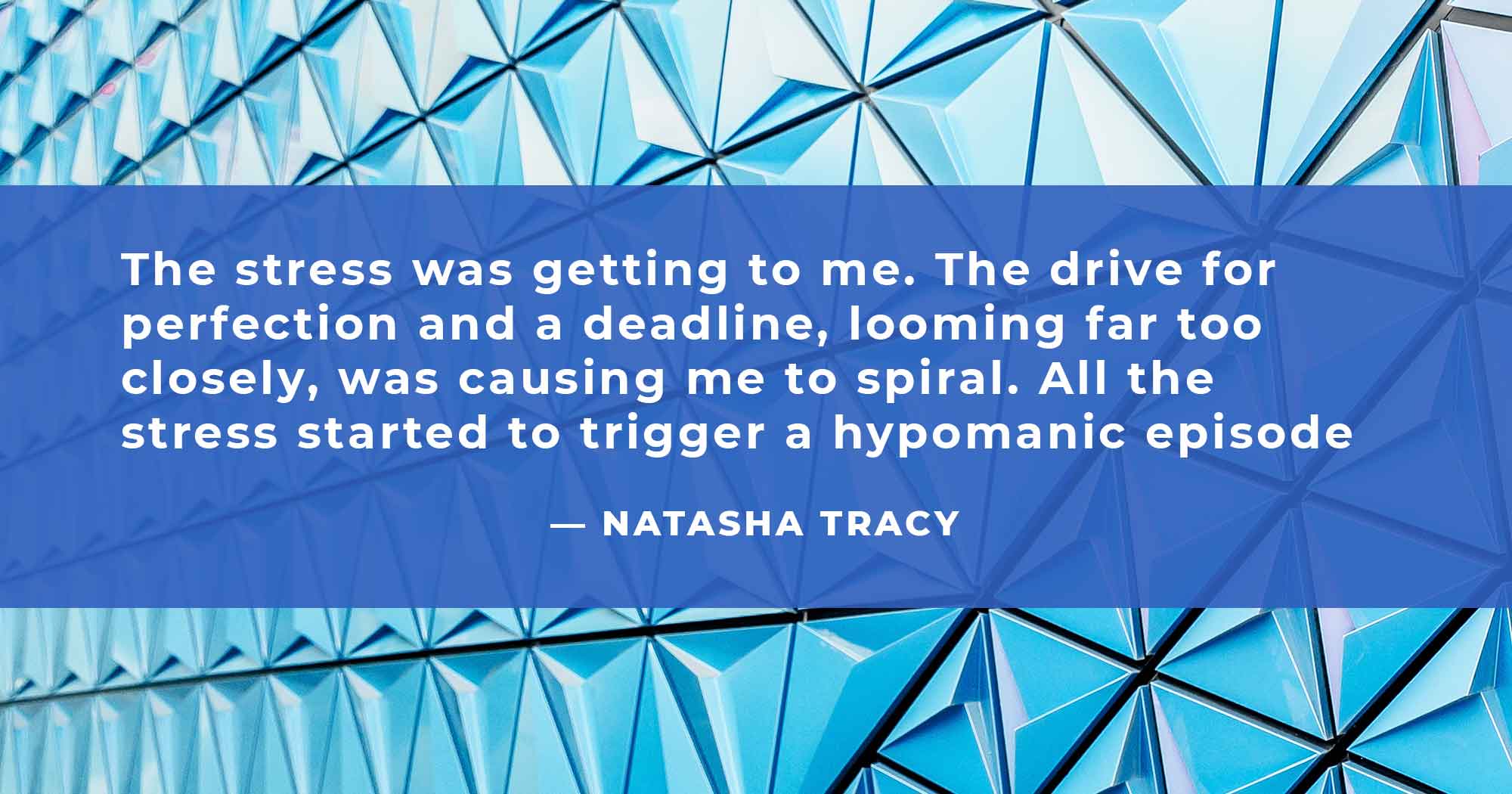 A Bipolar Mixed Mood While Writing a Book on Bipolar

Meanwhile, my hypomania worsened and transformed itself into a mixed mood. A mixed mood is where symptoms of mania/hypomania appear alongside symptoms of major depression: take the worst of two illnesses and glue them together.

This is not a fun thing to live through. In fact, more people attempt/die by suicide during a mixed mood episode than during a straight depressive episode. No one knows why this is, exactly, but I suspect it’s because people in mixed episodes often continue to experience suicidal impulses and the energy associated with the hypomanic symptoms drives them to act on those impulses. Brainwaves and bodily sensations feel like constant vibrations that rock your consciousness that you can’t control and don’t want. Mixed moods feel suicidal and fast, painful, and aggressive. At least, that’s how my mixed mood felt to me. My mood would go from threatening self-harm during the more anxious times to threatening my life during the plummeting depressive times. It felt like pain was relentlessly grating against my bones.

I didn’t get out from under the spikes of my mixed mood until long after the book was completed and published. While the stresses of writing the book, especially the chapter on suicide, brought it on, simply removing that stress was not nearly enough to fix it. Once started, a mood can be like a boulder headed downhill with its own unchangeable momentum. And for me, that momentum never ends until medication works. Until medication works, I can be a danger to myself. 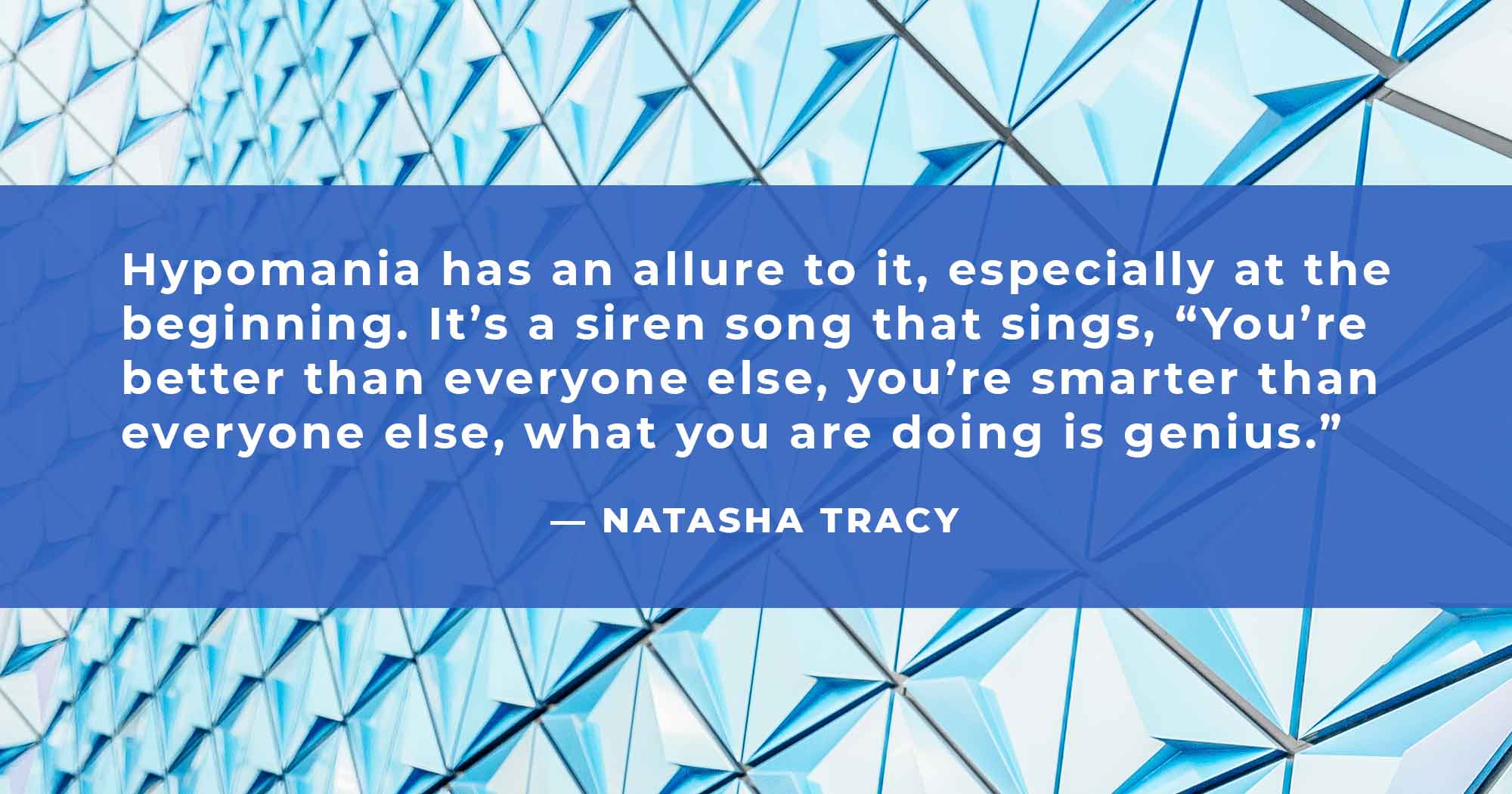 Recovering from a Bipolar Mixed Mood

Lost Marbles was published in October of 2016 and my mixed mood didn’t start to subside, thanks to medication, until January of 2017. When it did subside, it left that crater that I knew it would would present itself. Mixed moods expend more energy than is humanly possible to comprehend. This leaves you with a deficit and, at some point, that deficit catches up to you.

When this happened, I could barely move. I could barely stay awake. Writing was impossible as it took all of my energy just to feed myself. My life was an endless series of sleeping spells – not really naps –more like sleep after sleep after sleep, waking up only to eat, occasionally, and use the bathroom. I couldn’t fight these symptoms, they overcame me.

What was I supposed to say to clients? “Sorry I was unavailable for weeks last year but now I’m too sick to function. Oopsies.”

Mixed moods are no-win situations and treating them feels no-win, too. It almost feels worse than having them, for a while, anyway.

So you have to keep the faith. Keep the faith that treatment will work and treatment will bring you back to some sort of equilibrium. It took months for me to stop sleeping. I would go to my doctor and complain about sleeping and he would just look at me and tell me I was still recovering. After months of a mixed mood, recovery can take months, too. What goes up must come down. 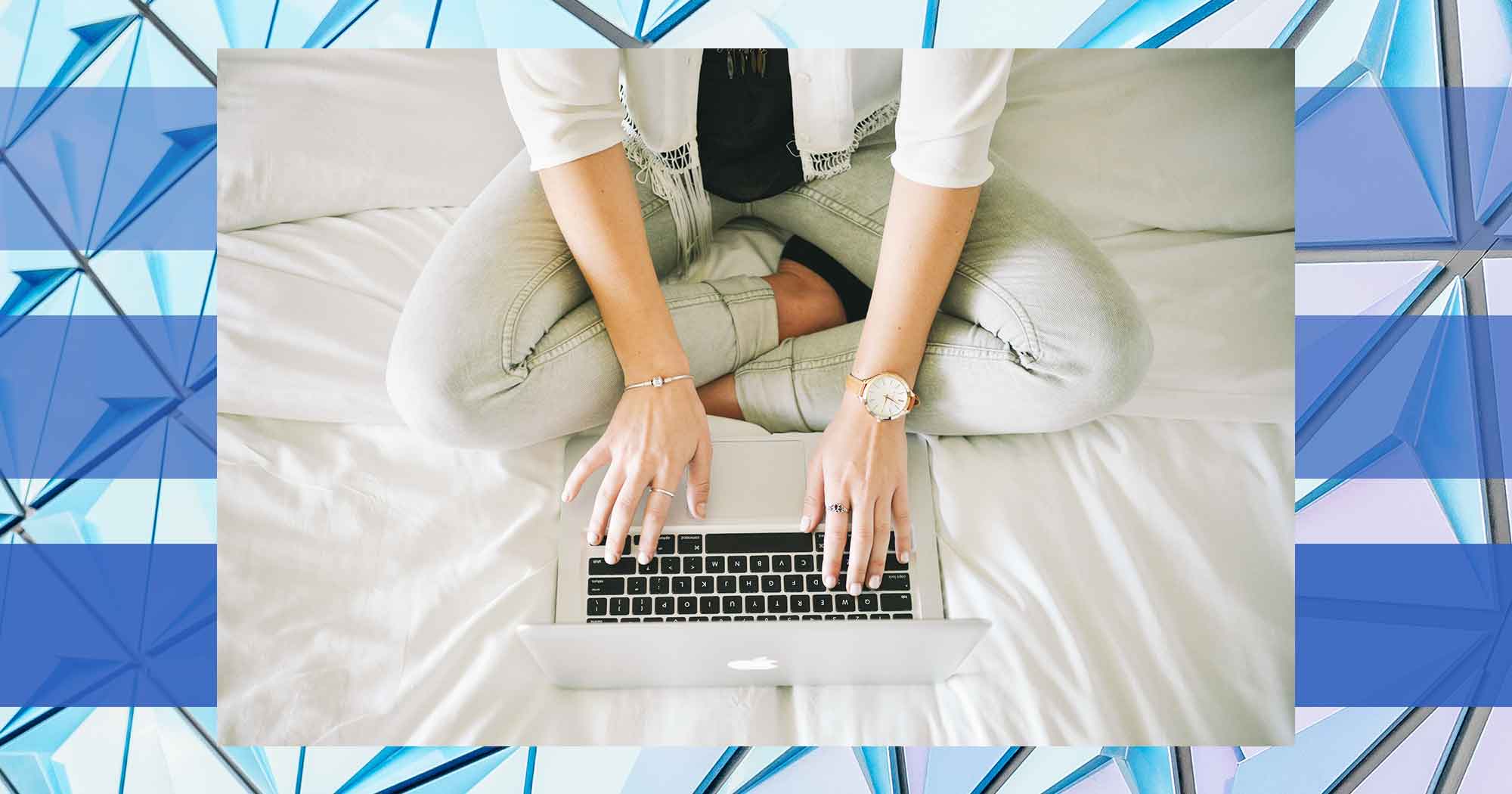 Luckily for me, people have been very supportive of Lost Marbles. I can thank the bipolar community and its supporters for helping me through such a horrendous time.

I can honestly say that my health hasn’t been so great since. I’m still cycling through medications to try and find something that is effective on my depressed mood, which I continue to experience. But this is nothing new for me. The mixed mood is gone and, for that, I am thankful.

I do not regret writing Lost Marbles. The feedback and reviews have been amazing and people are truly grateful I did put the work out there. I always knew there were books in me and I know that this is only the first one. I paid a high price for my book, but the good news is that now I know what to avoid. Truthfully, I should have known before, but regardless, I now have learned. It’s not the first time I have learned the stress equals bipolar mood episode lesson, but I hope this will be the last.

In short, my book allowed me to share what I have learned about mental illness with others while teaching me a lesson, too. It isn’t exactly what I envisioned but I’m happy with what I created. And I’ve learned something new about the way I need to care for myself. 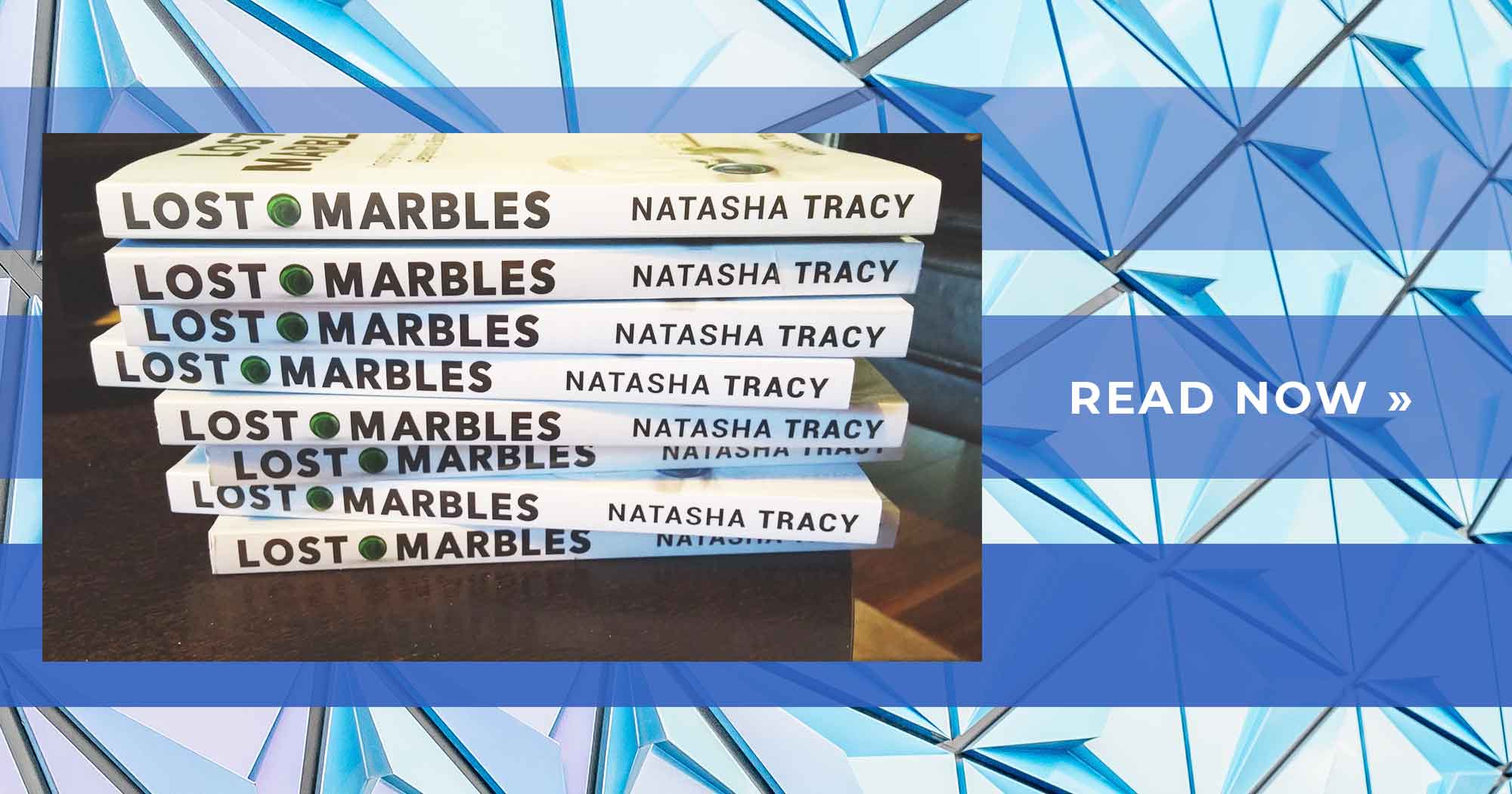 Natasha Tracy is an award-winning writer, speaker and consultant who has been living with bipolar disorder for 17 years. She was the proud recipient of the Beatrice Stern Media Award from Didi Hirsch in 2014 for her work in erasing the stigma around mental illness. Her writing has been featured around the world in publications like the Daily Mail in the UK and the Huffington Post in the United States and she has spoken across North America. Natasha believes that knowledge dispels fear and she aims to provide quality, trusted information on mental illness and use her story as a way of reducing the prejudice people with these illnesses face. Visit Natasha's website natashatracy.com to learn more. Buy Natasha's book Lost Marbles: Insights into My Life with Depression & Bipolar »

A memory, a word, a smell, an instance can take one back to the exact moment the trauma first spoke to them.