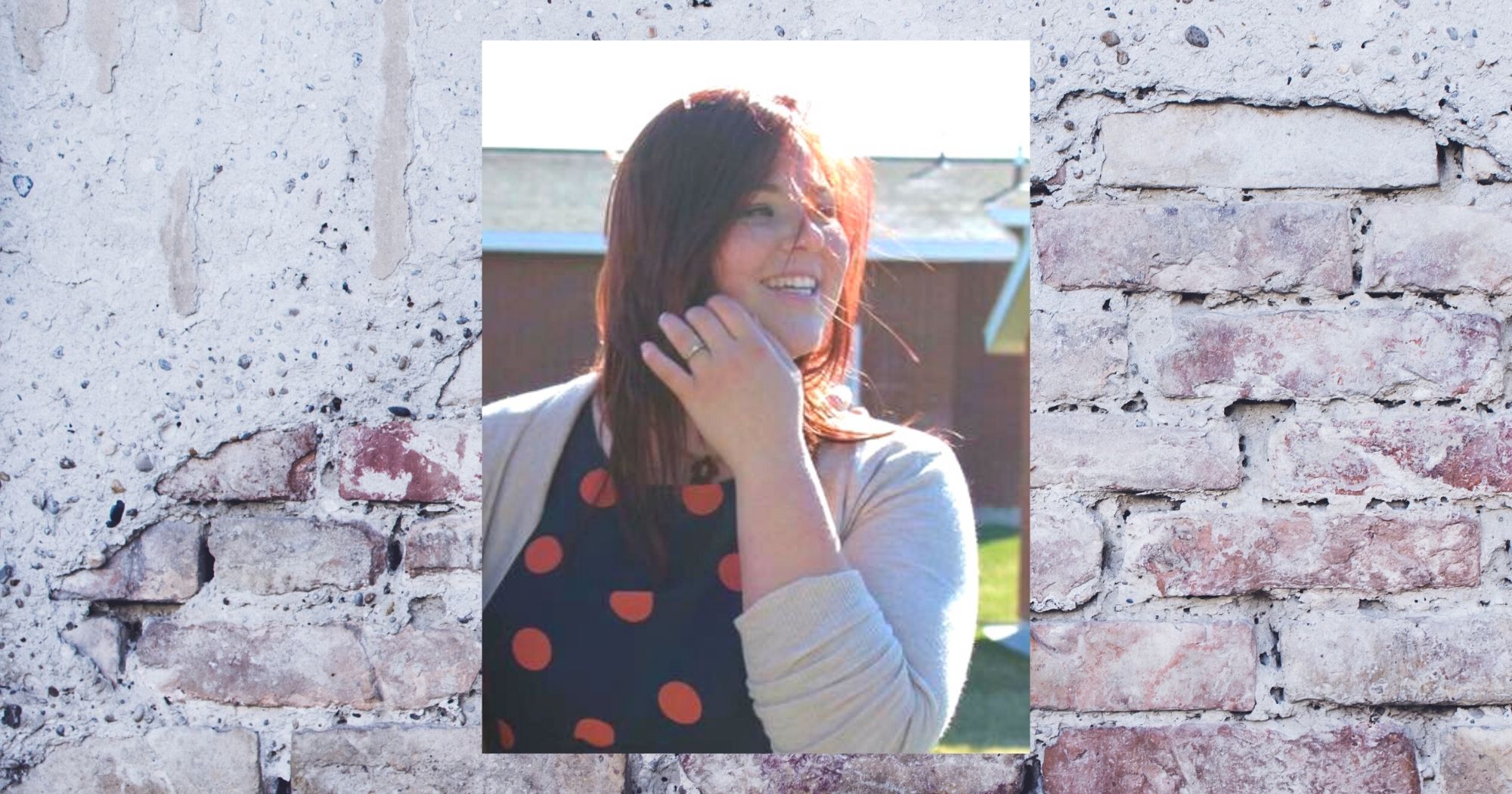 Knowing Your Limits: Where Anxiety and Eating Intersect

Anxiety is weird. It’s difficult to diagnose because it presents itself so differently in so many people. The symptoms vary and often sufferers are unaware that anxiety is what’s causing their suffering. I think unpredictability is what makes anxiety so volatile. I’ve had anxiety and panic attacks for nearly ten years now and half the time I’m still surprised when they happen. My therapist tells me to look for patterns, to notice what I was thinking or doing in the minutes or hours before the attack. I’ve been working on “noticing” for months now and have had quite a few “light bulb” moments.

One of the most significant discoveries was not made by me, but by my husband. We were eating dinner one night and I was doing my usual anxiety routine: shaking my leg uncontrollably, rubbing my hands together, continuously clearing my throat and complaining that my stomach hurts. After the meal, my husband pointed out that this happened nearly every time we ate. I knew immediately that he was right. Every time we had a meal I battled a panic attack. Even the thought of eating nearly put me over the edge. I felt relief that I was finally aware of one of my biggest triggers and excitement at knowing there was something I could do about it. 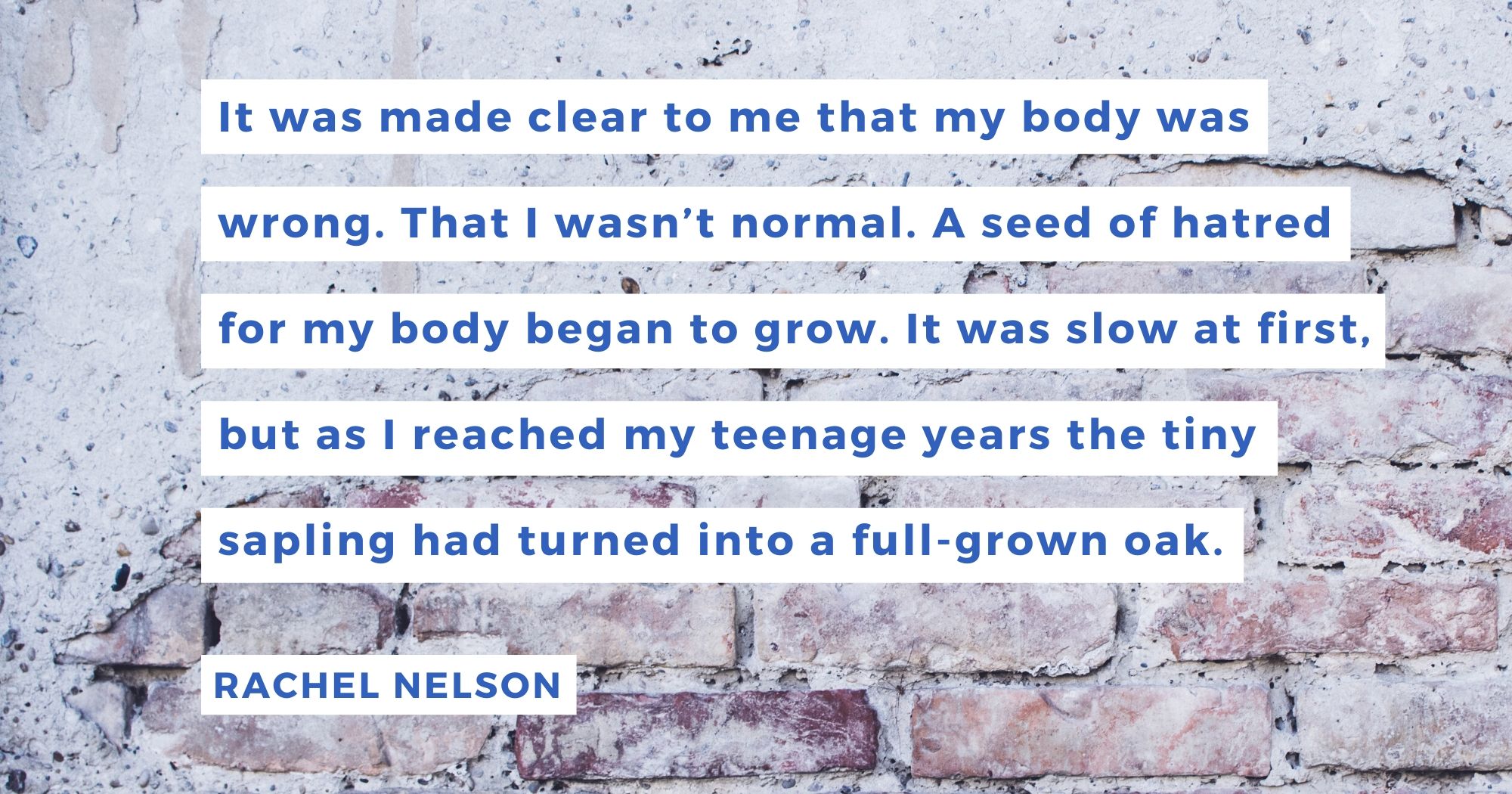 After making this connection between eating and panic attacks, I eagerly awaited my therapy appointment, excited to dig to the core of this problem through a process called EMDR. Eye Movement Desensitization and Reprocessing is a psychotherapy in which the clinician tracks the patient’s eye movement while they remember past trauma. It’s probably the most life-changing treatment that I’ve experienced for my anxiety and has become most of my therapy to this day.

Just like I’d hoped, we delved into my newfound trigger head on during our session. The session began as usual—I was asked to pick my “target” memory. A target memory is either the most recent memory associated with the trauma you’re focusing on, or the most severe. I decided to go with my most recent food anxiety event—that day at lunch. My therapist asked me to focus on this memory, and asked me the usual set of questions.

“I feel it in my throat and stomach. It’s probably a 7 on the scale. It makes me feel like I’m not going to be able to breathe and that I’ll die.”

I was then told to focus on that memory and to follow my therapist’s hand as she waved it back and forth in front of my face. My mind flooded with past anxiety-ridden memories of eating. 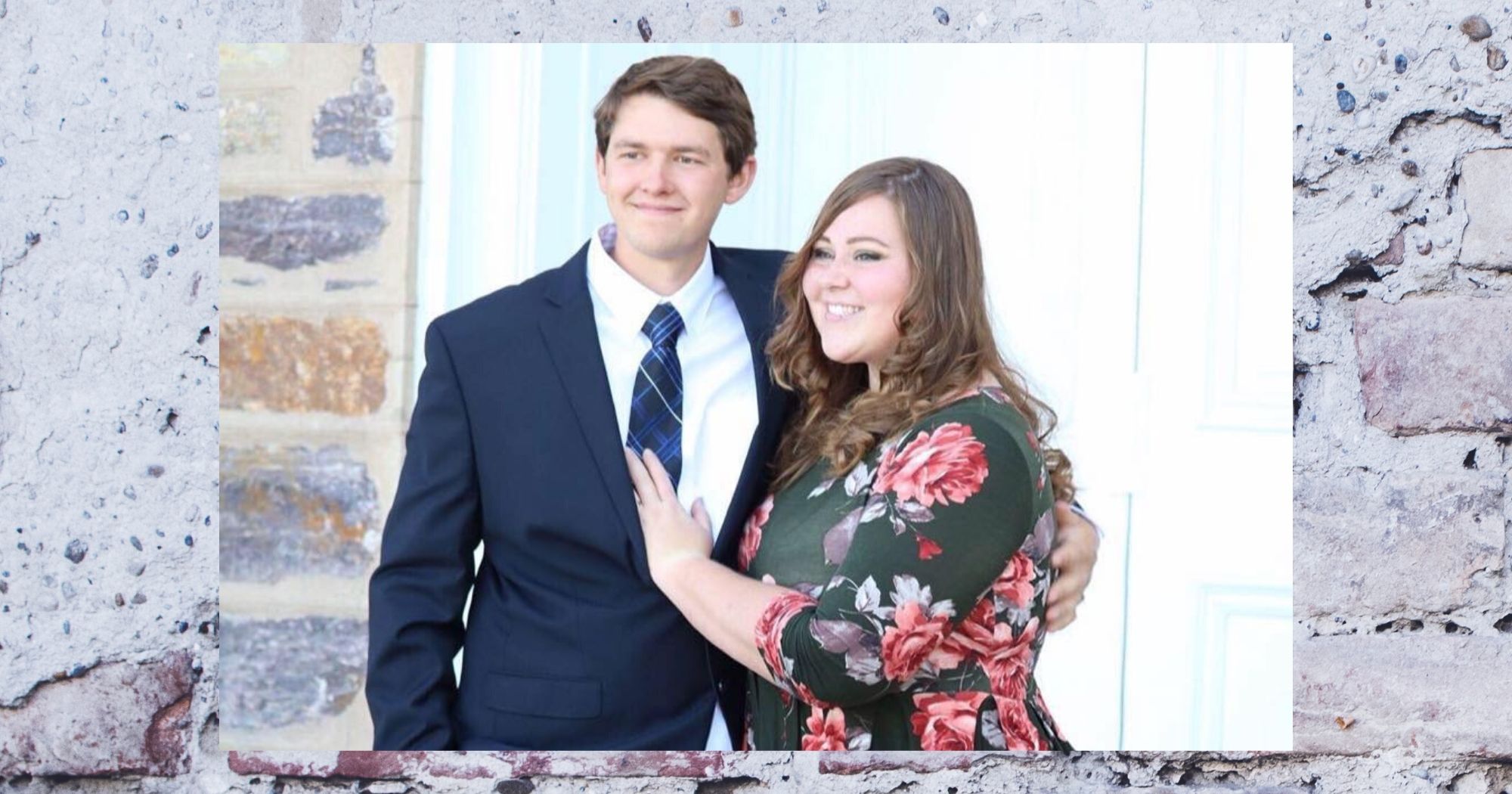 I was amazed at what I learned about myself during that meeting. Not only was I having panic attacks almost every time I ate, I was also avoiding tons of food, for fear that I would eat it and go into anaphylactic shock. If I ate anything that my brain determined was “dangerous,” I would go into a full-on panic, even with foods that I used to eat on a regular basis. To make matters worse, my brain’s list of dangerous foods was pretty astronomical, and included anything that it thought could cause me to gain weight: breads, pastas, fruits, sugars, nuts, starchy vegetables, red meats, and many others. A much shorter list would be what I was “allowed” to eat without having a panic attack, like fish and green vegetables.

To most people, that kind of fear is unfathomable. How can someone fear for their life while eating foods they’ve had hundreds of times before? Honestly, that’s exactly what I thought as well. I just didn’t understand how I could be so detached from reality in this way. It took about five really difficult EMDR therapy sessions to get any real movement on the distress I was experiencing with food, but just like all the other traumas I had processed in therapy, I began to understand why. 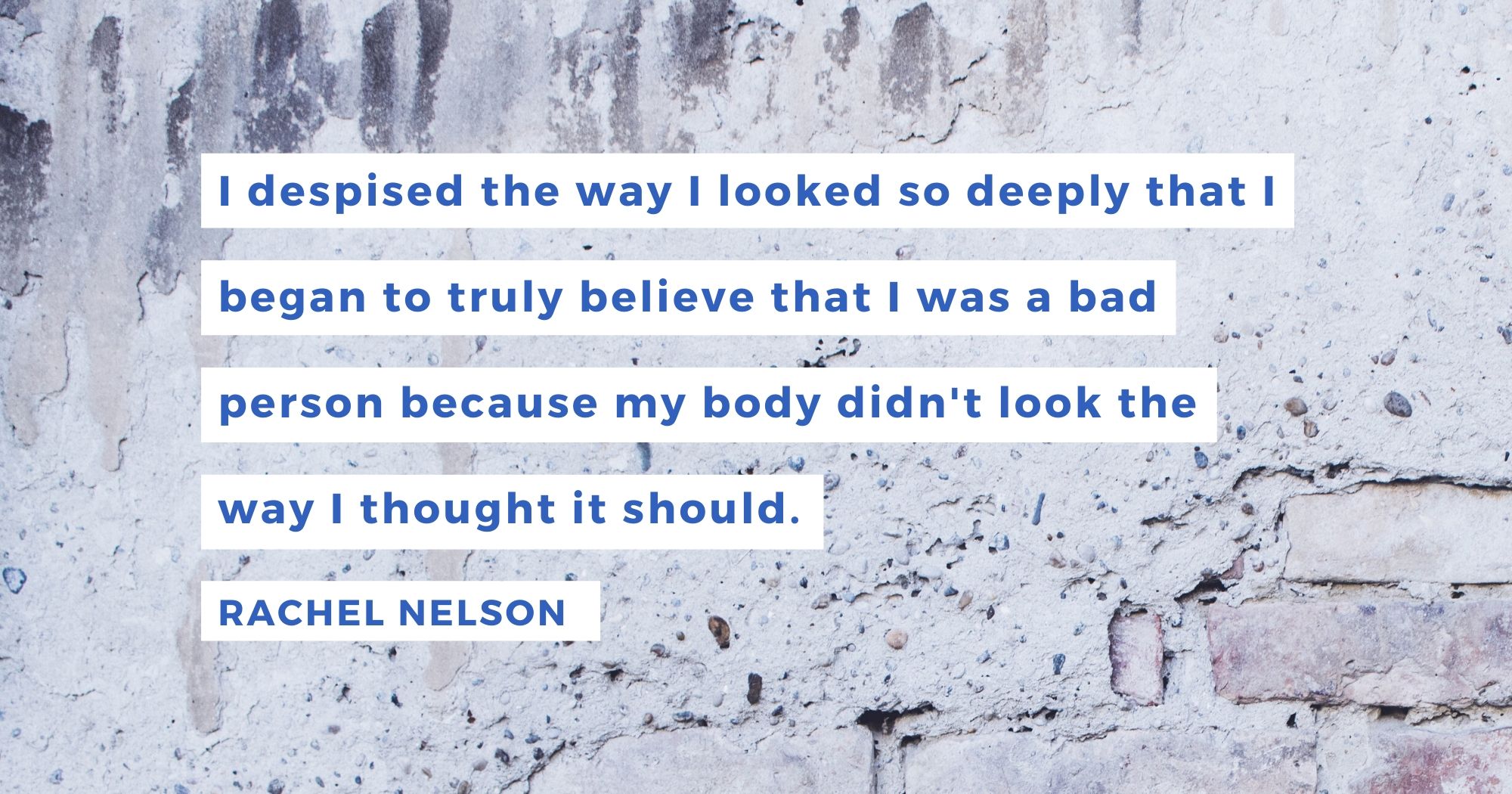 I’ve been told I was “too fat” since I was about five years old. Although my parents provided nutritious and healthy food for me, I was bigger and taller than all the other children. When I was about six years old doctors told my parents that I needed to be on a diet, and from that point on I was on and off every diet in the book. Weight Watchers, Nutrisystem, South Beach, Atkins, Low-Carb, Low-Fat, No-Fat, the list goes on and on. It was made clear to me that my body was wrong. That I wasn’t normal. A seed of hatred for my body began to grow. It was slow at first, but as I reached my teenage years the tiny sapling had turned into a full-grown oak.

In high school I developed a full-blown eating disorder. I almost stopped eating entirely while continuing a severe exercise regimen, because I wanted to be “normal.” At fourteen years old, a visit with an endocrinology specialist determined I had a problem with my reproductive system and that’s why I struggled to maintain a low weight. I hated my body even more. I despised the way I looked so deeply that I began to truly believe that I was a bad person because my body didn’t look the way I thought it should. To make matters worse, people always thought they had some sort of right to make comments on my body. Peers, family members, coworkers, people at church and even people I didn’t know commented on my weight, clothing and appearance. All of this, compounded by my own assault on my inner-self, hard wired my brain to think food was bad for me. 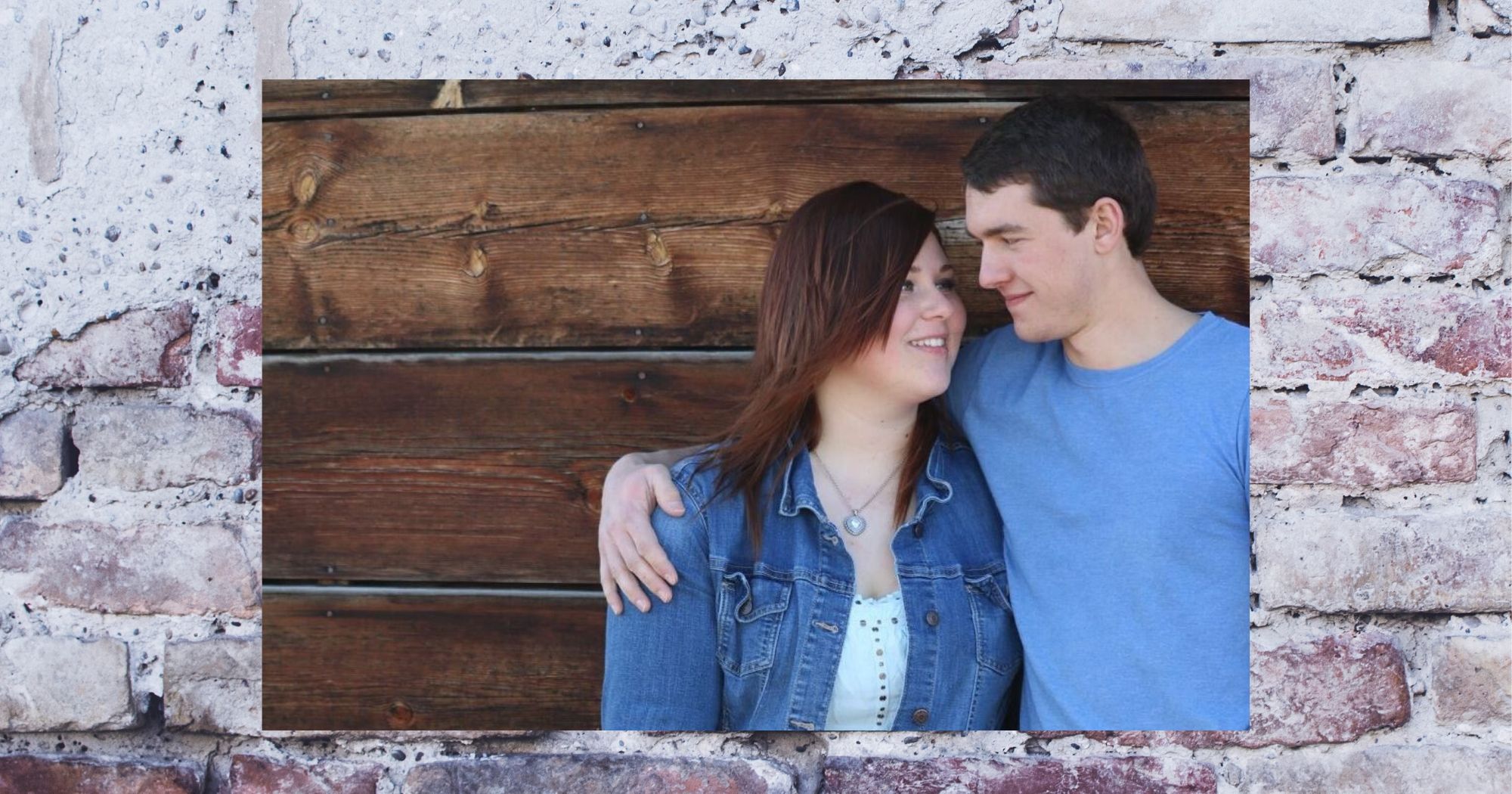 How could it possibly know any different? In its own twisted way, my brain thought it was keeping me safe, keeping me away from food because I had been told for so long that I was not allowed to enjoy it. Things finally started to make sense to me, but what surprised me even more was that along with this heightened sense of understanding, healing began to take place. I spent so long hating myself and my body that it became my “normal.” I didn’t know there was any other way to feel about yourself. I didn’t realize how much mental scarring those years left me with. I began to understand that eating disorders don’t just go away, even when you’re not physically participating. 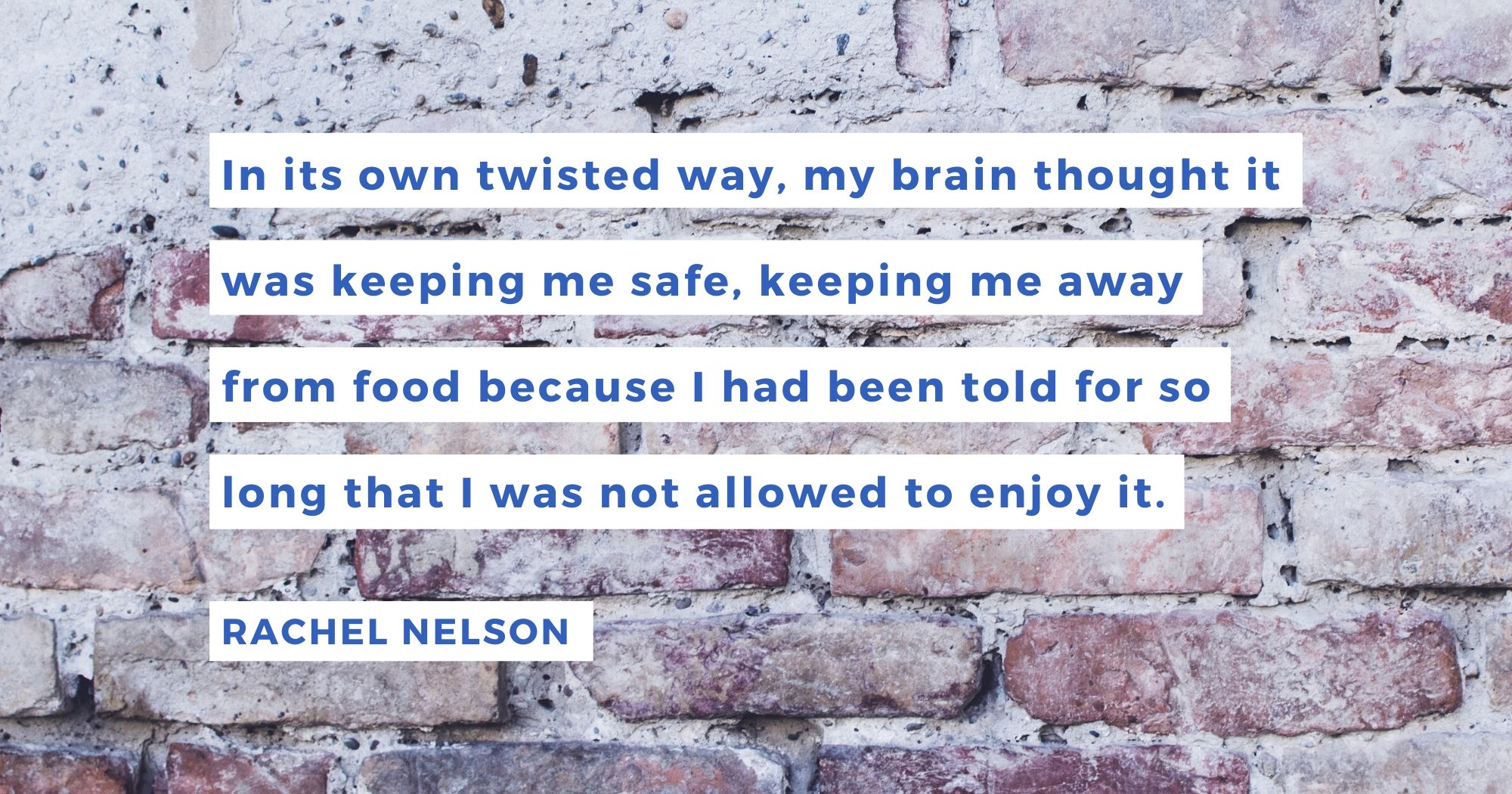 The deeper I dive into the anxiety I feel now, the more I understand that a big portion of it is directly related to where I’ve been and how my brain has tried to cope with those traumas. It was strange for me to learn that most people are not consumed with destructive thoughts about their outward appearance but it helped me understand that, in regards to my food anxiety, negative self talk is the driving force. Because I know that, it’s easier to control. I started out just noticing whenever I was thinking bad things about myself. The more I noticed, the more I was able to create distance between what my brain was thinking about myself, and who I really am, and, it’s become easier over time. I’m way better now than I used to be, and I know my limits.

For me, alleviating some of the distress really comes down to knowing those limits and constantly evaluating how I feel in the moment. Just because I’ve processed a significant amount of my eating anxiety in therapy, doesn’t mean that the distress doesn’t occur anymore. I know now that my brain creates new neural pathways—mental patterns—every time I behave or think a certain way. The more often a thinking pathway is used, the easier it is to use again. That’s how habits are formed. So of course my eating anxiety isn’t going to go away overnight. I have to make new pathways to replace the unhealthy ones. The key is determining when I’m capable of doing the work to make new pathways, but also determining when I’m not capable. 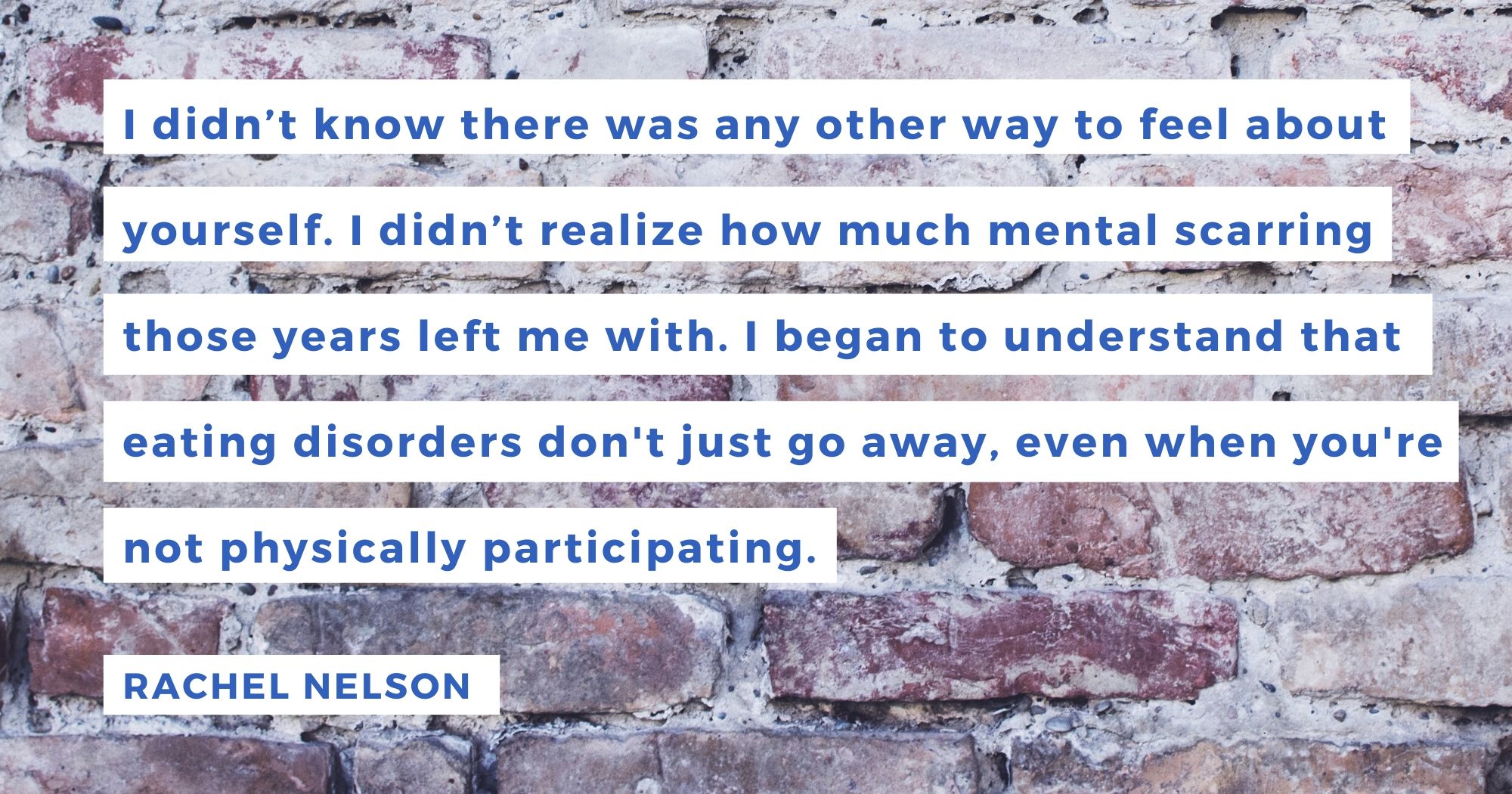 For example, I know myself well enough to know that if I haven’t had a good night’s sleep, then it’s easier for my anxiety to take hold of me and keep me in a dark place. So on days that I didn’t sleep so well, I’m not going to try a new dish at a restaurant, because I know it will be too overwhelming. But if I’ve slept well, and I feel brave, maybe I will try that new dish, if I feel I can handle it. Each time I overcome fear and eat food I’m scared of, I dig a little deeper into a new, healthier pathway, until eventually there’s no anxiety at all when trying a new food. I can literally change the way my brain thinks! 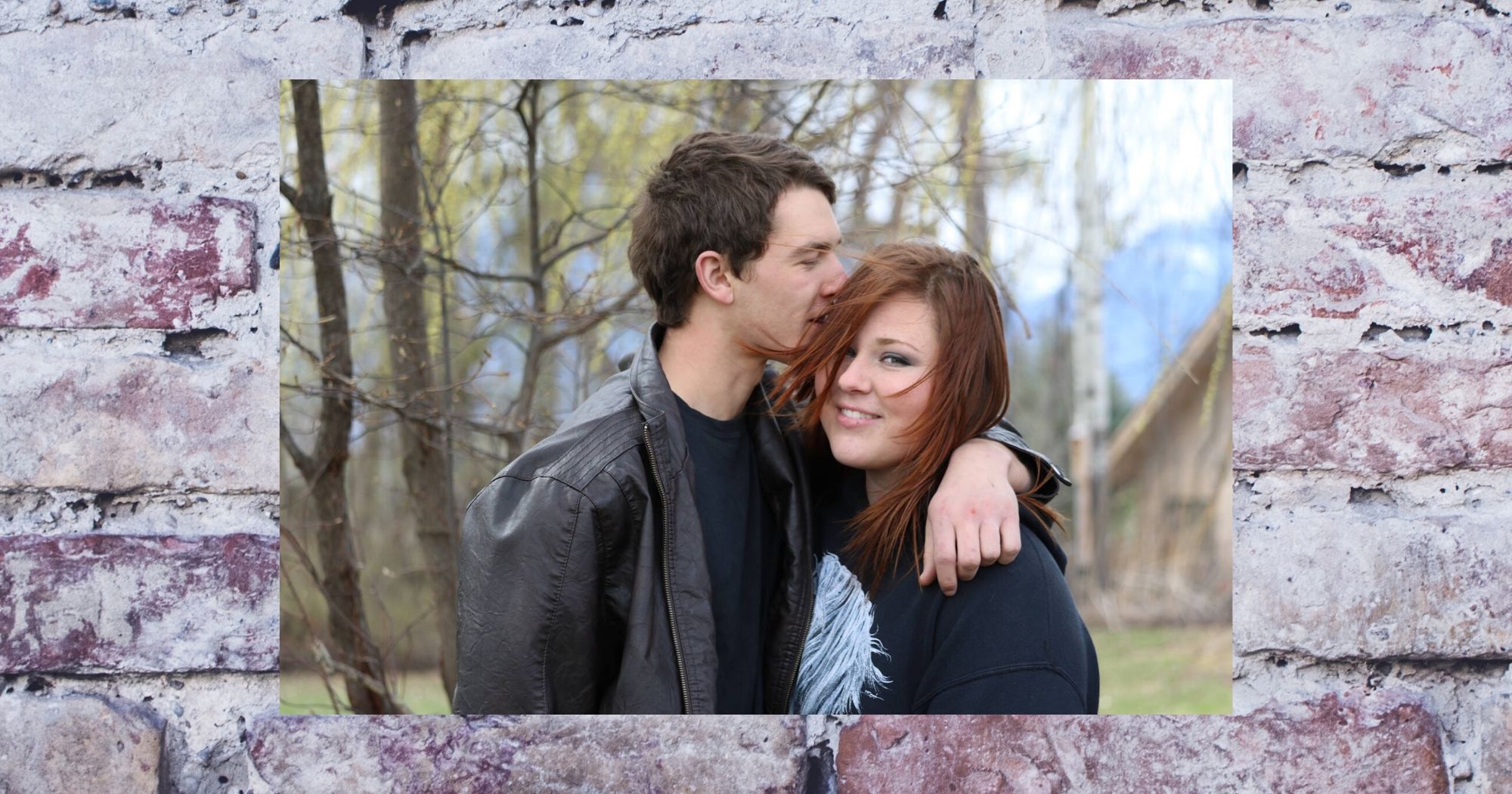 I know that awareness around the extent of my limitations has helped me maintain my mental, physical, emotional, and spiritual health. I know that if I don’t push myself to be better then I’ll never get better, but if I push myself too much every single day, then I’ll just end up chasing my tail forever. And although I am a fan of chasing tails whereas dogs are concerned, I don’t want to be stuck in the anxiety cycle for the rest of my life. So I won’t be.

Rachel is a mental health advocate who once spent most of her time serving those with severe mental health diagnoses in small-town Montana. She now writes full-time, maintaining her own blog, where she continues to advocate for mental health awareness through her own experiences. She also writes for two other websites, covering myriad topics, and is in the process of finishing her first book. When she's not writing, you will find her working with her husband on their dairy goat farm, scratching her pot-bellied pig's belly, or riding her horse in Montana's Bitterroot Valley Mountains with her Irish Wolfhound, Camo. She also has plans to begin teaching a Restorative Goat Yoga class this year, in hopes of spreading her belief that peace and healing can be found through spending time with animals.

Sonia's intrusive thoughts about her body controlled her behavior; how Sonia regained control of her life through identifying her disorder and finding help.