The Biggest Storm of My Life: My Precarious Journey with Anxiety and Depression - OC87 Recovery Diaries 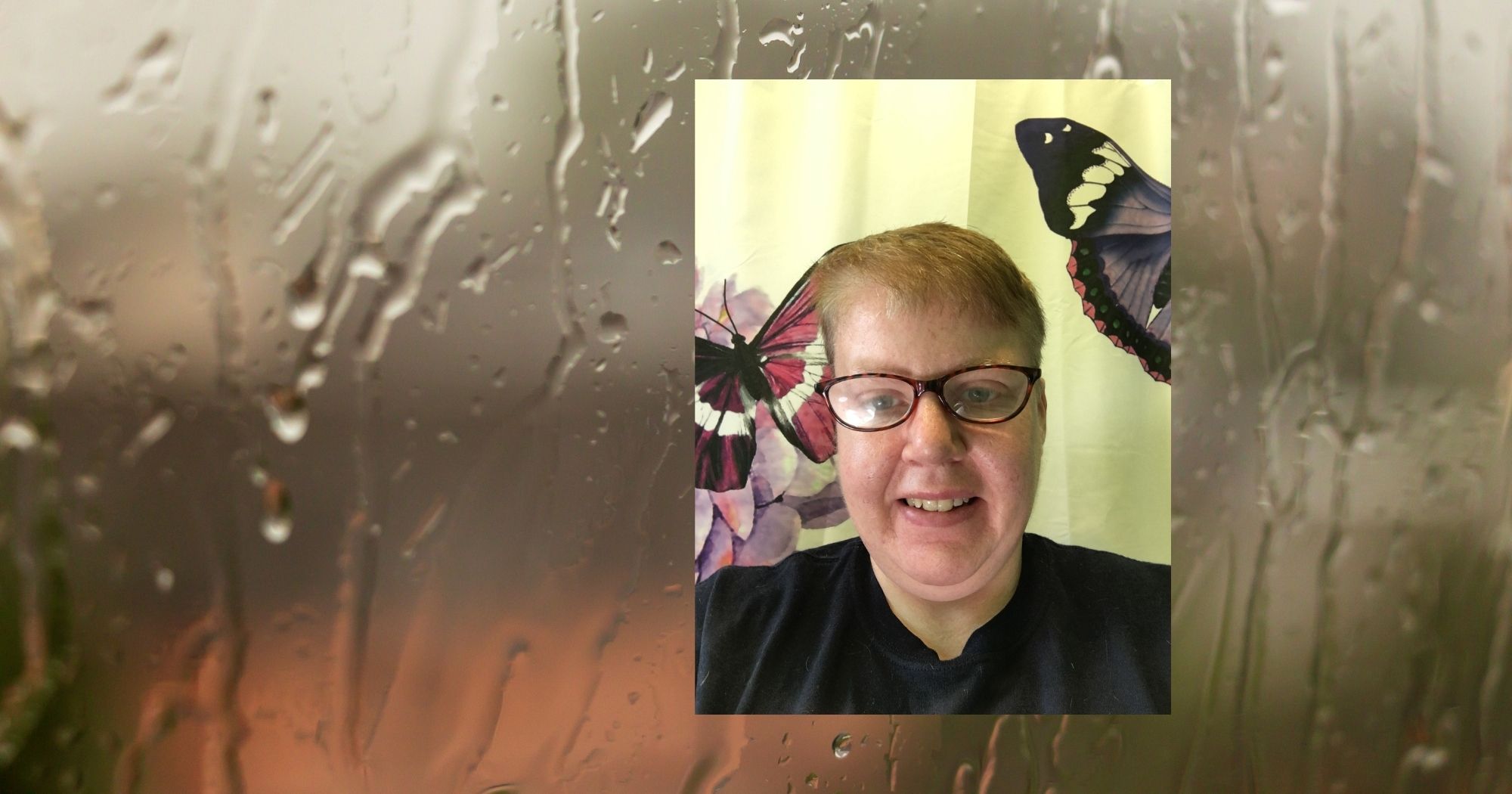 ​I’ve often struggled to stay afloat on the choppy seas of life. Small waves have peaked behind my back, and in a flash, I’ve found myself in a deep, black spiral abyss that has sucked me under, with no oxygen and no chance of survival. This was the life-altering tsunami that led to my anxiety and depression crisis, many years ago. However, after the tsunami began to recede, there was a glimmer of light in the distance, and I was able to slowly swim to the surface, breathe, and eventually made it safe to dry land. When I made it to dry land, I knew the storm was over, because I made it out alive. This is the journey of my tsunami, from the darkest crevasses of my mind, to the current peaceful regions of my brain. Now I can enjoy sailing on calm seas most days.

Growing up, school was painful and I struggled socially. I was always on the outside looking in. I felt like nobody cared if I missed a day of school here or there; I felt invisible. I was a fat girl with red hair. I will never forget when the entire eighth grade class played a vicious joke on me and another social misfit by voting for us as the “King and Queen of Hearts” at the eighth grade dance. It was really some ironic, cruel hoax. 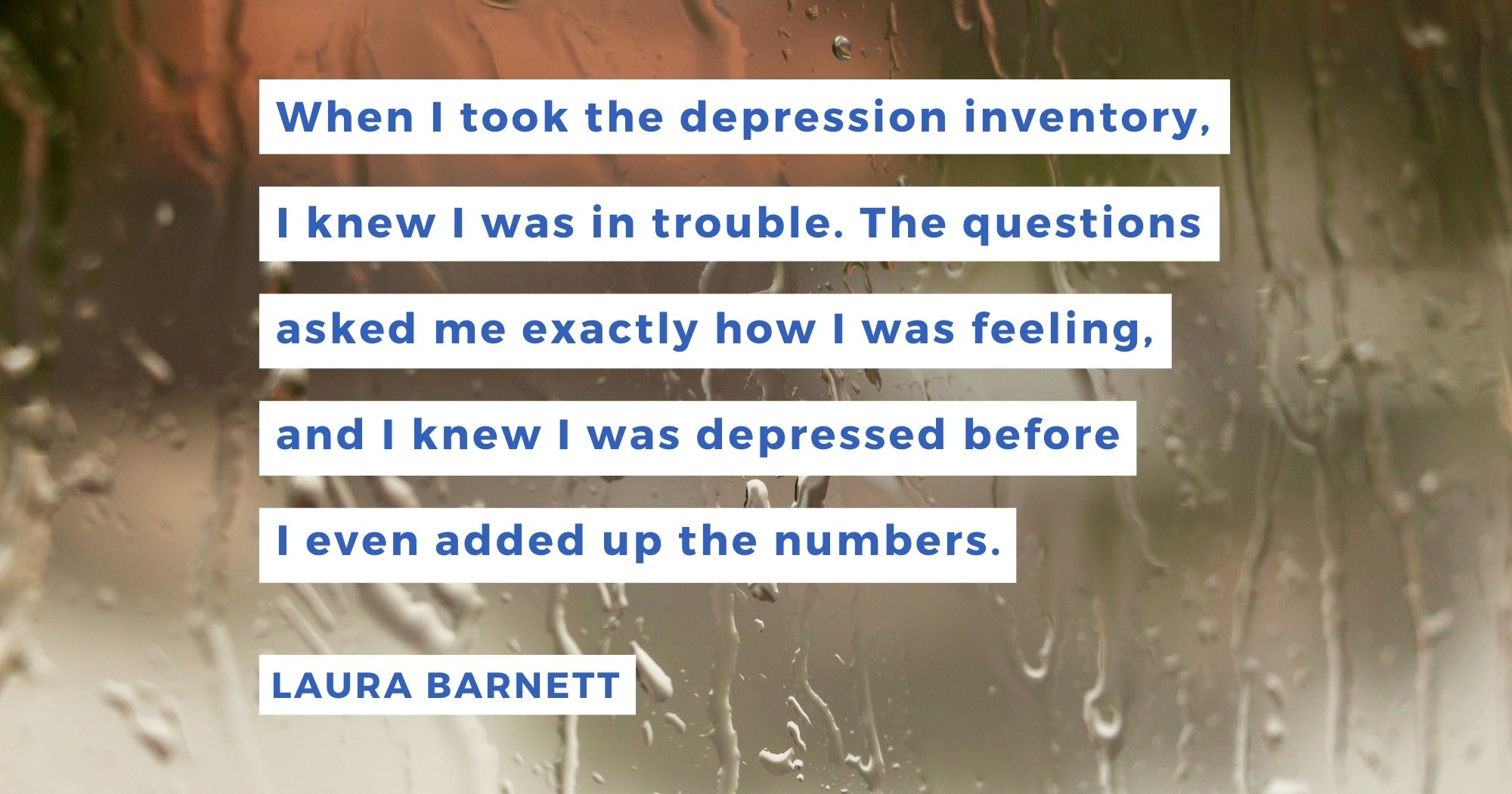 Even though school was painful, I always wanted to go to college. At the time, I thought it would be a magical experience. I lived only thirty minutes from home, so I would be close to my parents if I had any problems, but I was determined to have the full college experience. However, everything was a struggle and I could not keep up. Classes were harder than they were in high school, I had roommate problems, and I missed my family dearly.

I decided to talk to a therapist because I was having such a hard time. She thought I was clinically depressed. When I took the depression inventory, I knew I was in trouble. The questions asked me exactly how I was feeling, and I knew I was depressed before I even added up the numbers. The doctor put me on an antidepressant, which helped for a while, but my parents weren’t thrilled that I was taking medication. Everyone on my mom’s side of the family took antidepressants and they weren’t emotionally stable, and she didn’t want me to turn into “drama queens” like they were. My friends weren’t very supportive either. They would give me sideways glances and make inappropriate comments about my medications. At first, the medication made me nauseous, but I kept taking it quietly because it helped me get out of bed. In combination with counseling, it helped me function and kept my head above water. However, things went from bad to worse, my worst nightmare was about to come true. 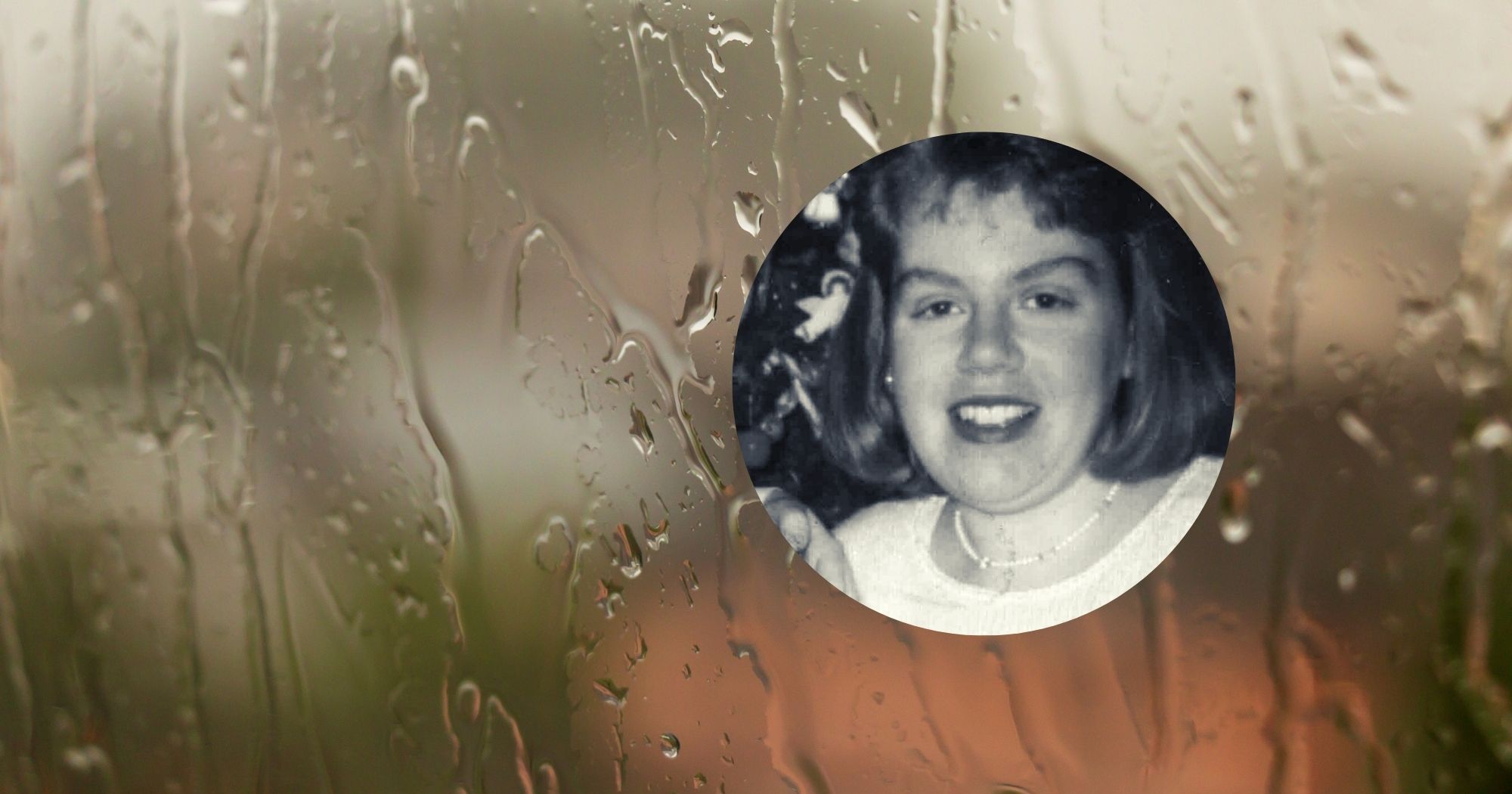 My mom was diagnosed with stage three breast cancer during the first semester I was in graduate school. She was a preschool teacher and director and I was a classroom aide at that time and I ended up taking over daily operations on days when she was too sick to get out of bed. Even though my mom paid me as a teacher’s aide, I was still broke.

One thing I swore I would never do was be a teacher in the public schools of Philadelphia. But there was an ad in the newspaper looking for teachers, and they would accept anyone with a four-year degree. They would provide training, benefits, a decent salary, and union benefits, over ten months.

Eventually, I was placed in a fifth grade classroom, teaching science and social studies, on my own. I was totally out of my element. I also took every problem the students had personally, and became extremely frustrated because I desperately wanted to save the world, but I just didn’t have the power or ability to do it. 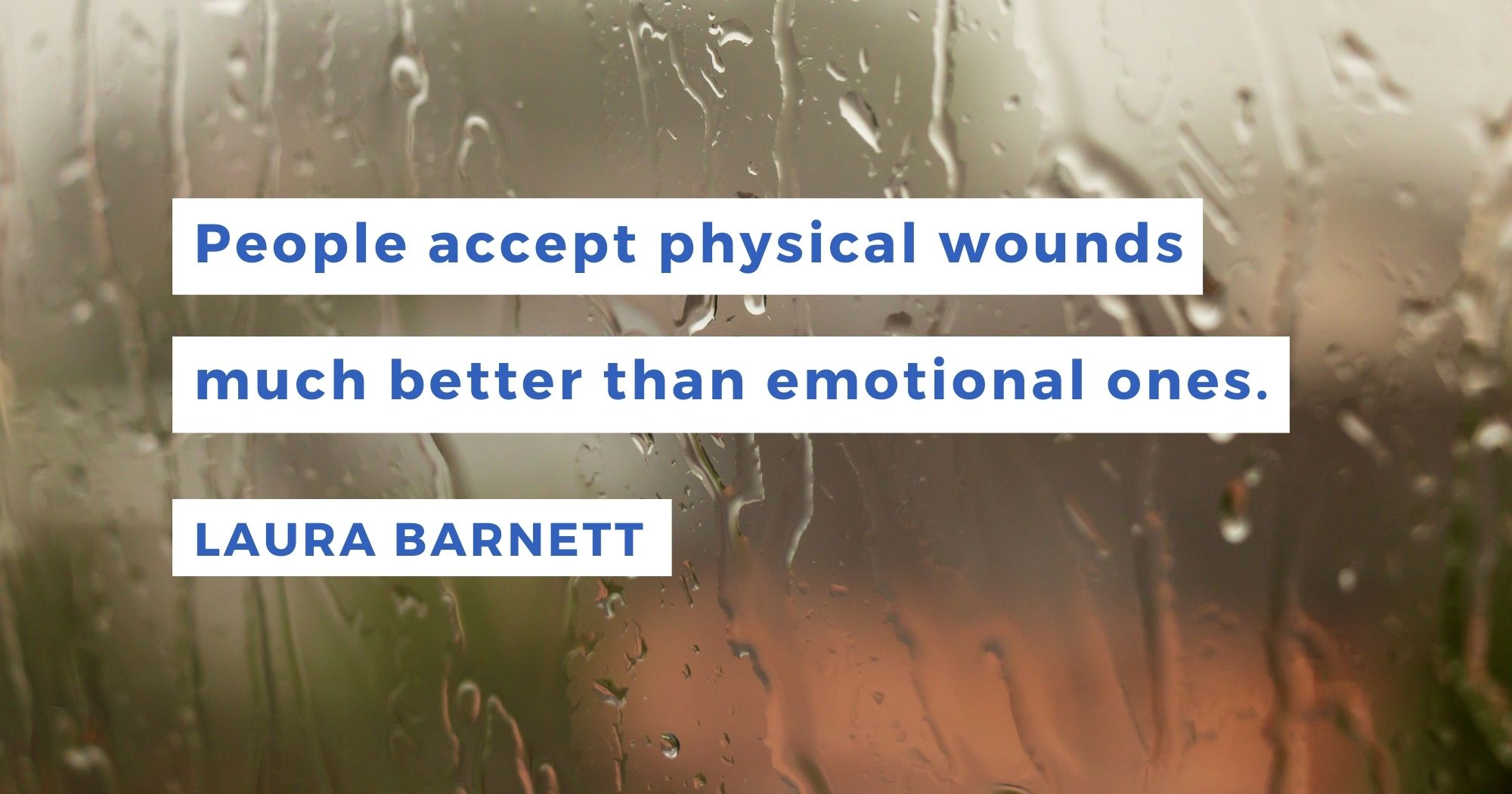 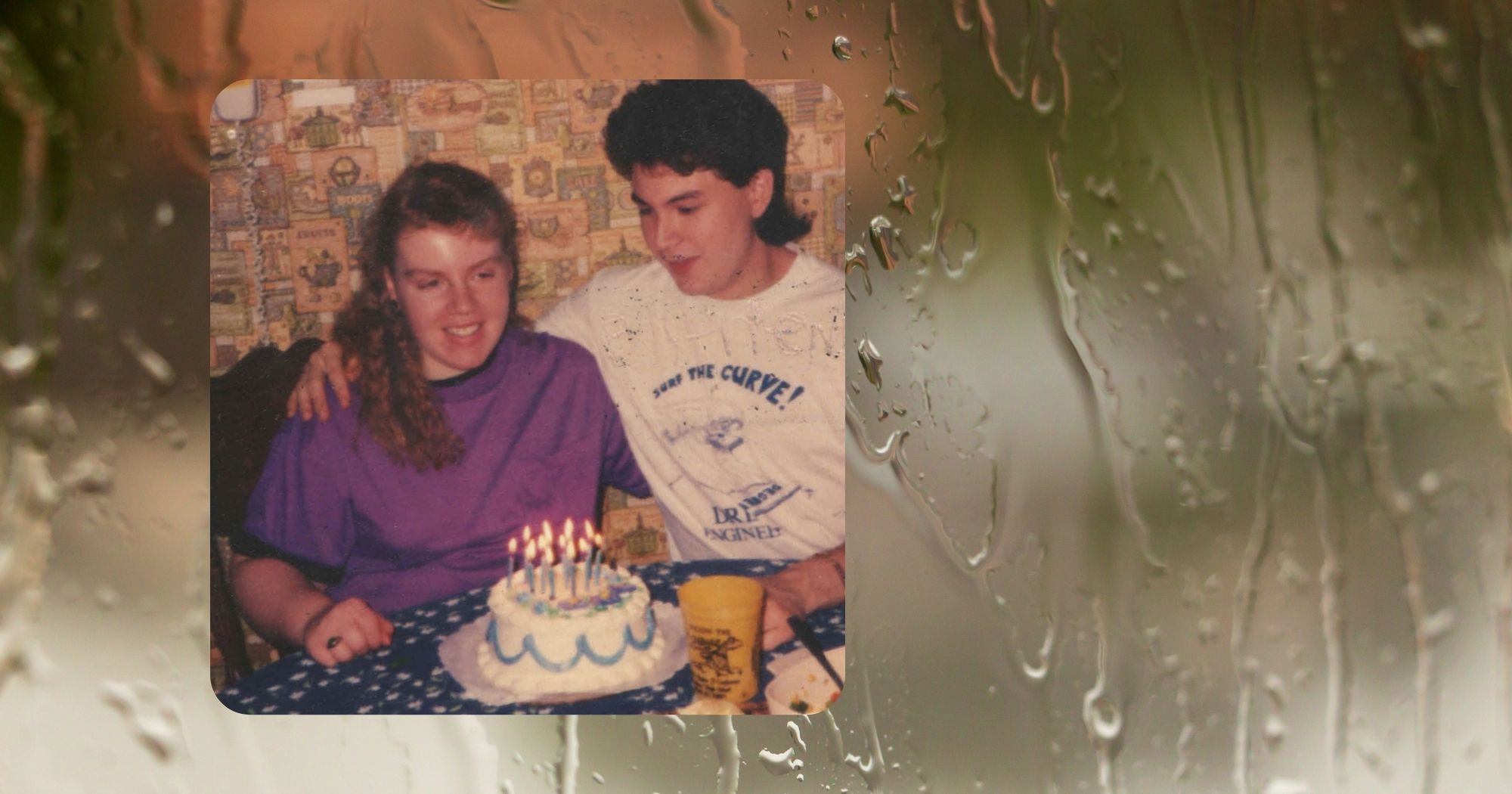 The school district gave me a raise that year, so I was able to move into my own apartment, something that had been a dream of mine for many years. However, when I came home from teaching I was exhausted, and the apartment was too quiet. I was too anxious to relax. If I did take a nap after work, I wouldn’t fall asleep until the wee hours of the morning, then I would have to get up for work again. I called in sick at least once every two weeks, but I figured I had to have a visible excuse. So, my first excuse was that I was changing a light bulb and fell off a ladder and sprained my wrist; that’s why my wrist was wrapped in an ace bandage. I wanted people to see my pain. People accept physical wounds much better than emotional ones.

My anxiety became out of control. I was under tremendous stress and felt worthless at my teaching job. I began self-mutilating as a way to relieve my anxiety. However, one night I was alone and made a wound so deep, it would not stop bleeding. I got scared because I really didn’t want to die, so I called 911. Paramedics came and I was taken to the psychiatric crisis unit, but eventually sent home with my family. This was only the first in a string of hospitalizations and crises that occurred over the course of a year. I remember feeling ashamed for being such a burden to my family and screwing up my life so badly, when I knew I had so much potential. At that time, living hurt. 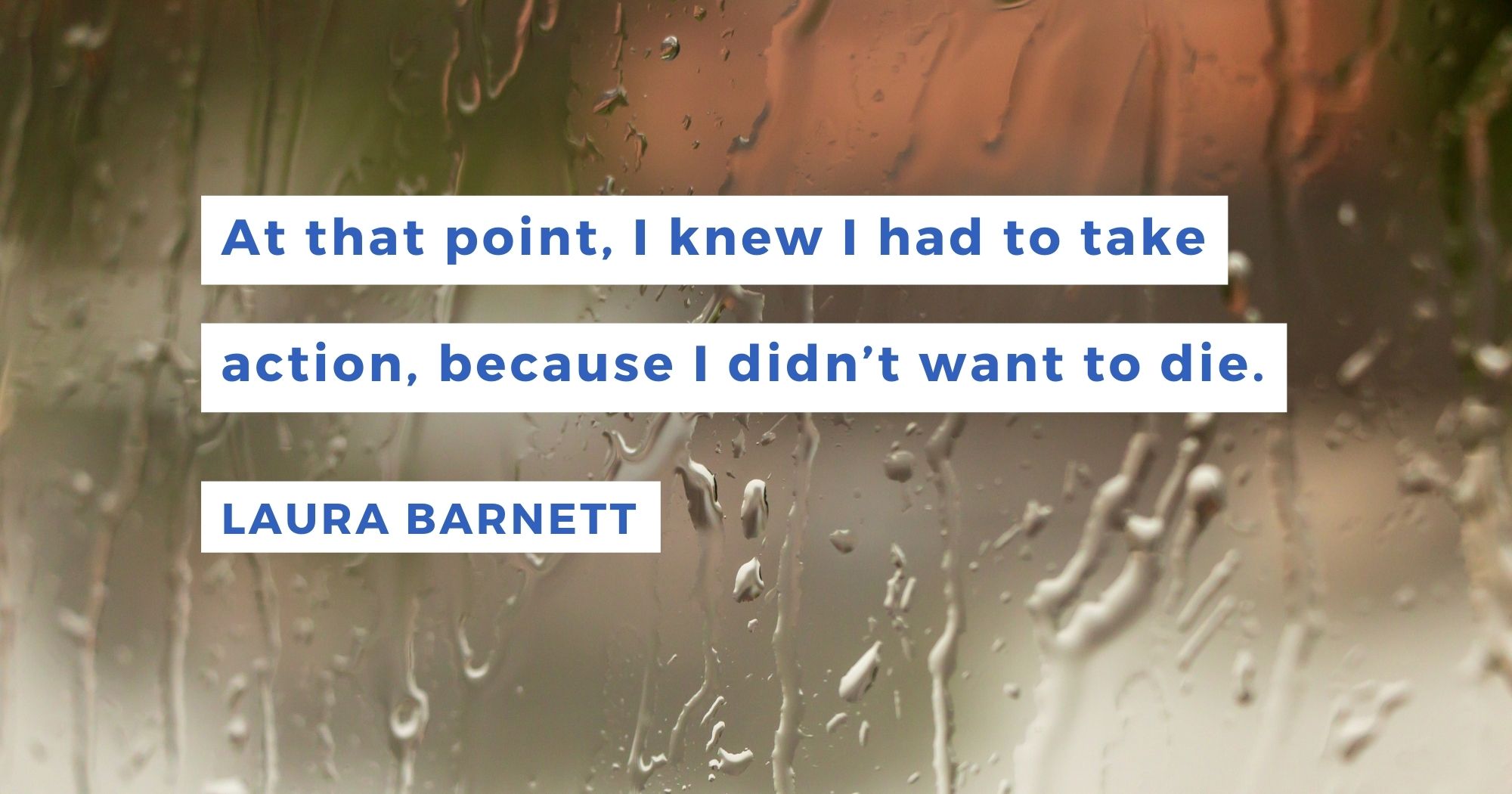 Dry Land Off in The Distance

It wasn’t until I had my fourth crisis in the same year, that my mom finally screamed at me and said, “Laura, when are you going to get your shit together?” I knew my family had lost patience with me. When my mom initially screamed at me, I cried for a while and felt even worse than before because I knew I had become a truly heavy burden for my family to bear. At that point, I knew I had to take action, because I didn’t want to die. I finally found a doctor who was willing to try a long list of medications at high dosages. I was terrified about taking so many medications, but I was in a life or death situation.

After a very long month, the cocktail finally worked. I was able to get out of bed and function. I was finally able to sort out my self-esteem problems, along with my issues of guilt and shame for putting family through an absolute living hell. The continuous loop of negative thoughts in my brain were finally slowing down. I went on social security disability to pay my bills, and moved back in with my parents. I had many heart-to-heart talks with my mom, and found out that she blamed herself for my recent struggles, and wanted to know what she did as a parent that made me become so depressed. I tried to convey to her that she did her absolute best as a parent, but the combination of my weight problem, being bullied, my overall struggles in school, plus genetics were a recipe for a perfect storm that had been on the horizon for many years. After our talks, the tsunami gradually receded, little by little, I began to see peaks of sunshine now and then, and even came to the surface for gulps of oxygen day by day. 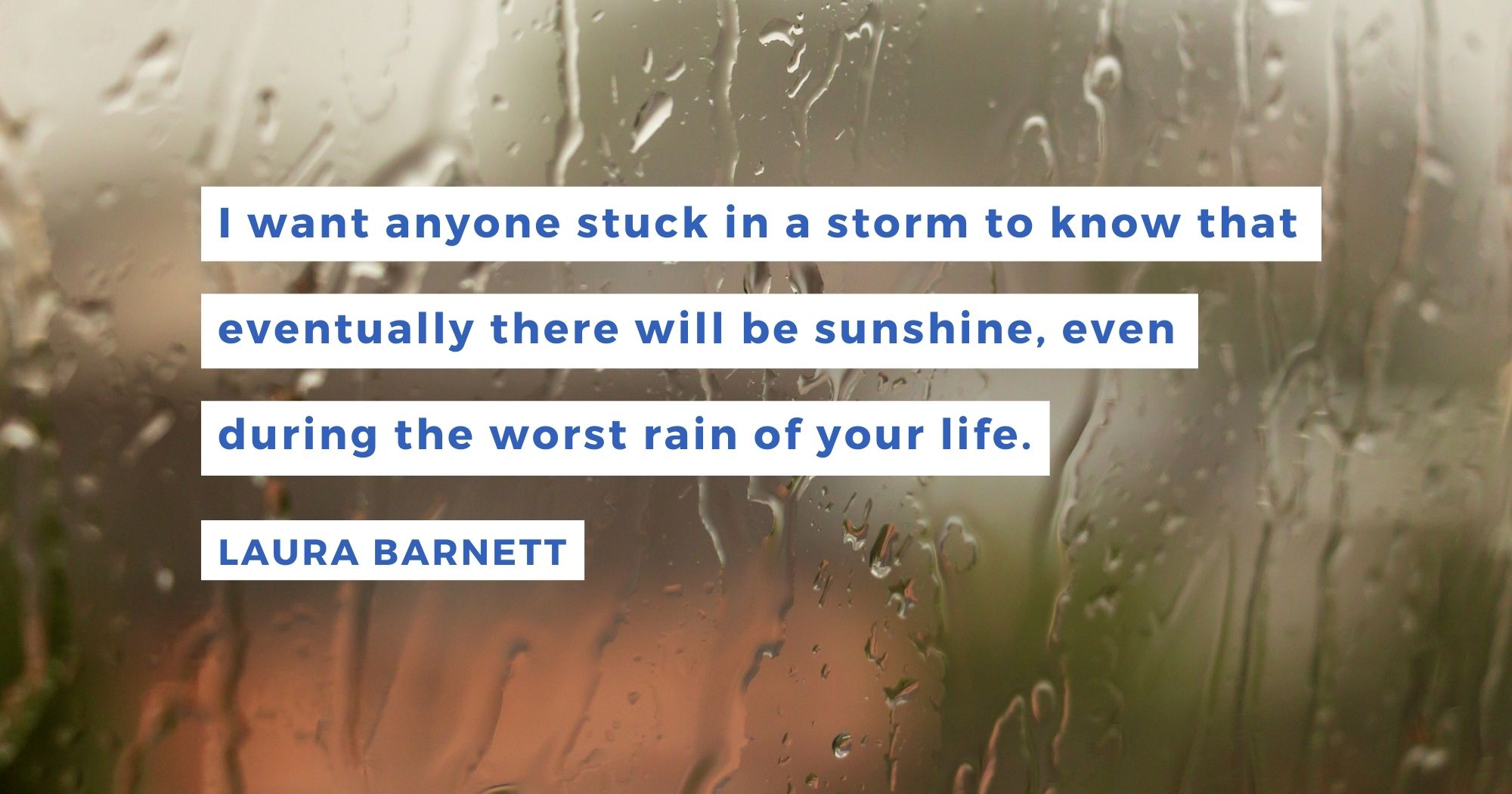 Peaks of Sunshine (Most Days)

Now, twenty-five years later, I’m still struggling, with anxiety mostly, but things are much better. I don’t think anyone fully recovers, but they can find treatments and habits that help them live a more satisfying life. I’m still living with my parents because I can’t handle living on my own, and I only work part time. I only make enough money to pay my bills, but I can’t afford to pay rent, or get a full grocery order. I only work ten hours a week. Fittingly, I work through a mental health agency that supports clients with emotional challenges. I provide support for an adolescent in his school setting to make sure he receives special accommodations, so he can learn and cope in spite of his anxiety.

I have to remember that I survived three suicide attempts and hit rock bottom many times and have come out alive on the other side. Each day takes work to stay stable, I take my meds, eat right, exercise, get support from my family, and the love of my life has finally come back into my life, and has brought sunshine that has been missing for a very long time. I feel like I’m walking on dry land most days. I want anyone stuck in a storm to know that eventually there will be sunshine, even during the worst rain of your life. 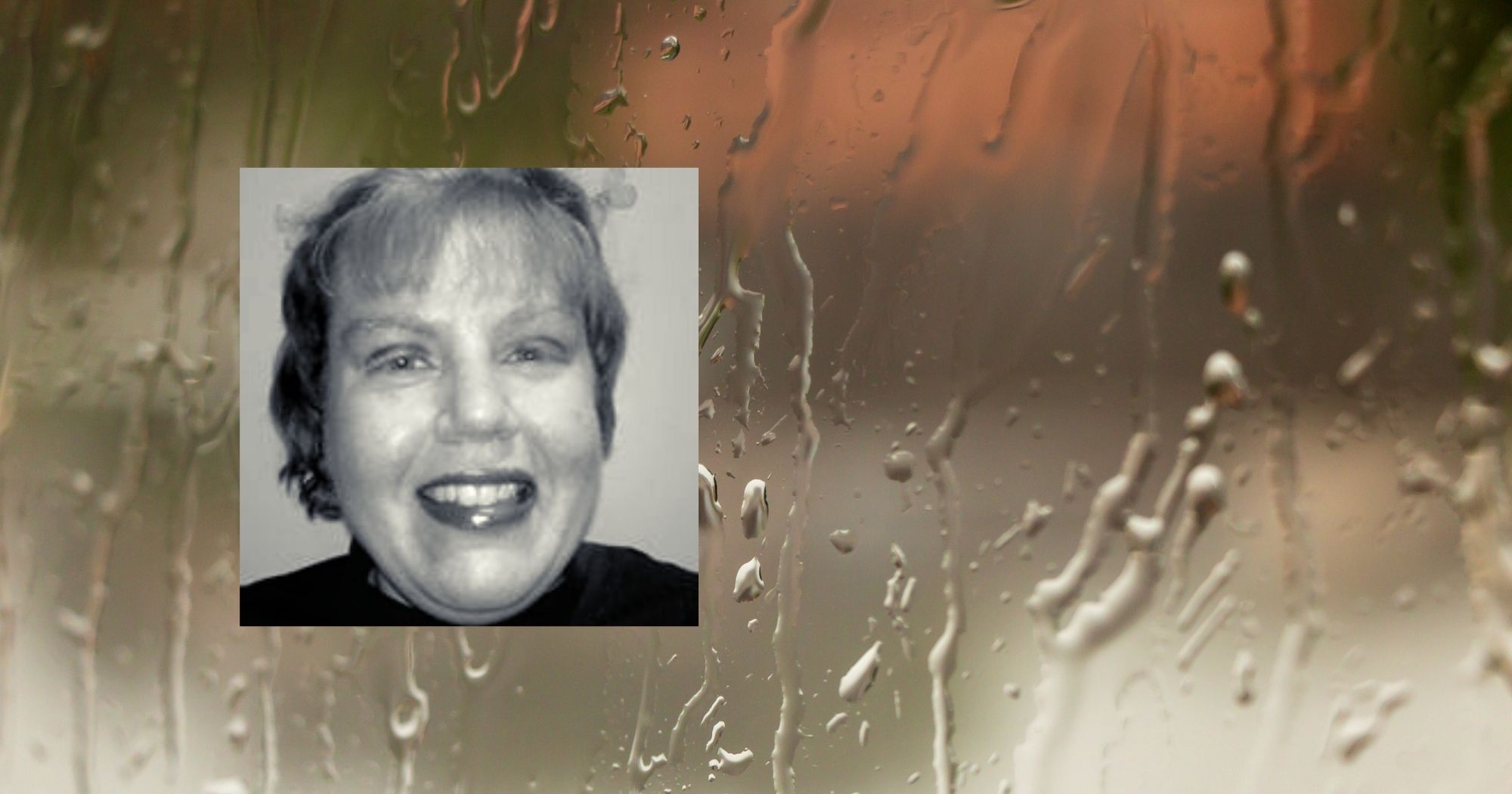 Laura Barnett lives with her family and Beagle, in Delaware County, Pennsylvania. This is Laura’s first public publication: she has found the process extremely therapeutic. Laura intends to work on writing a book based on this story.

When panic and anxiety come for the accademic, how does she cope? Sarah Barnette shares her recovery story.