After a Suicide Attempt: What a Difference a Dad Makes - OC87 Recovery Diaries 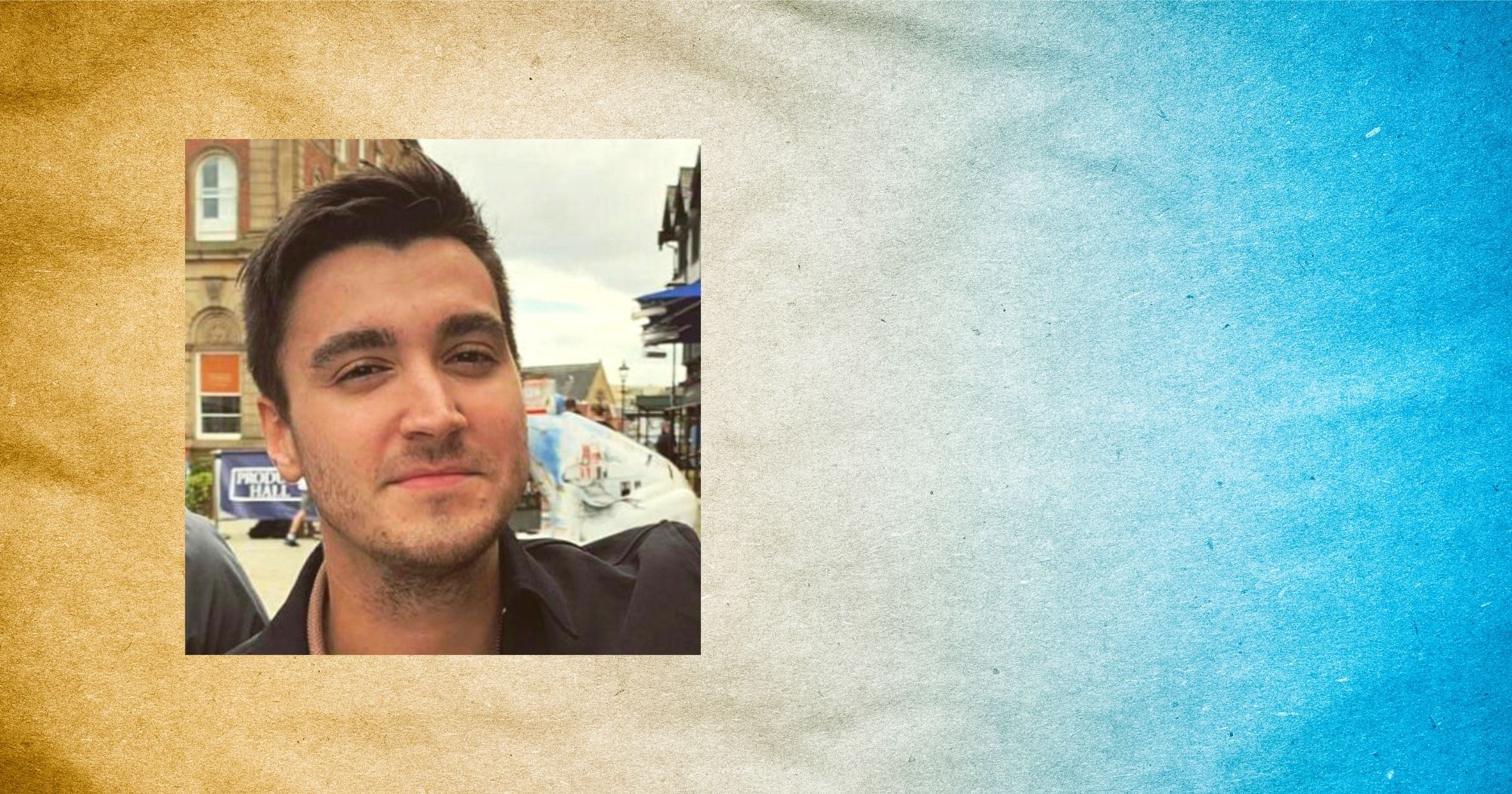 My yesterday was blue, dear.

Today I’m a part of you, dear.

My lonely nights are through, dear.

The title of this essay is not just a play on words from Dinah Washington’s iconic single, despite the lyrics within the song also resonating with me when I consider my bleak past. 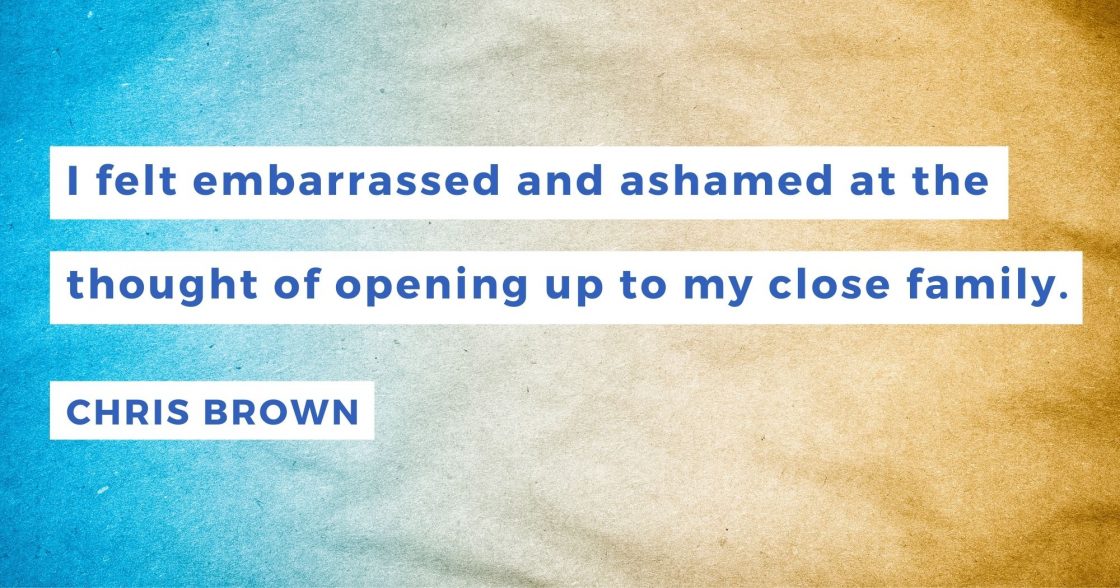 My yesterday was blue, my lonely nights are through, I… cannot quite twist the second line into a metaphor for mental health, but still. The song’s title is “What a Diff’rence a Day Makes” and, if you don’t recognise it straight away, you likely will after listening to it. What a difference a day can make. It’s astounding how much one’s mindset can change in twenty four hours.

Following my suicide attempt many years ago, my dad drove two hours in the early morning hours to be with me in hospital. He had no previous idea of what I was going through, but the situation forced me to open up to him. An abundance of readers here will likely relate to this point; I felt embarrassed and ashamed at the thought of opening up to my close family. Revealing my suicidal tendencies to those close to me would have altered their world, in the worst way possible. There are two factors here which made it extremely difficult for me to speak out; firstly, the stigma surrounding males which enforces an ideology to be naturally strong rather than discuss your mental health, alongside the shame one would feel upon telling their parents they want to kill themselves—in most cases the parents would blame themselves in some way, even though there really is no one, and nothing to blame.

​You travel along a long and peculiar road in the run up to a suicide attempt. In my experience, it was a complete disregard for how much I hated my job and general lifestyle. I was not eating nor sleeping well, two things I didn’t think were affecting me much at the time; however, in retrospect, it now seems obvious how vital those poor sleep and eating habits were. 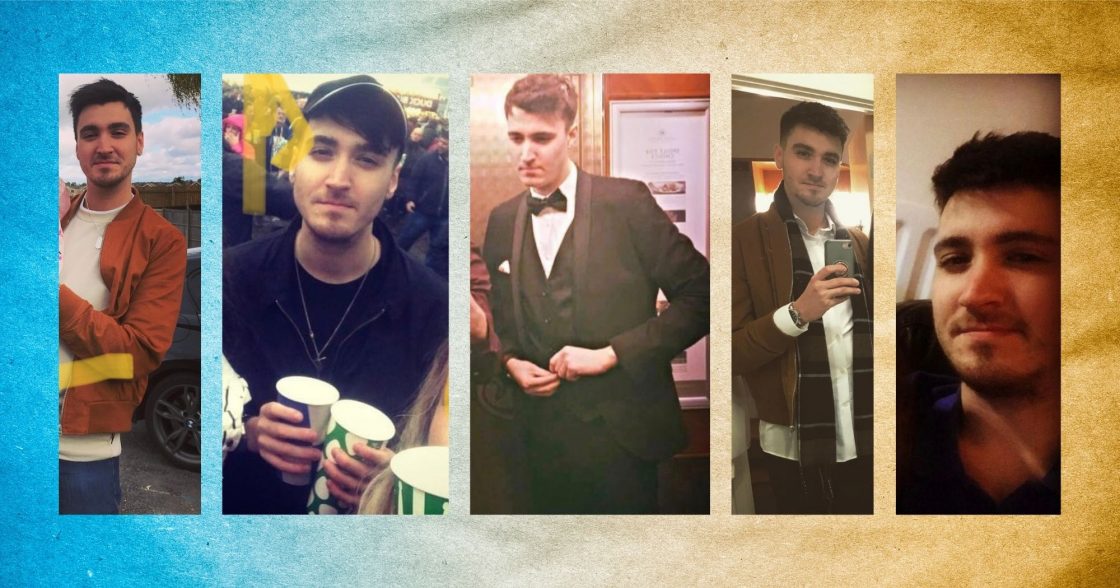 On top of my poor basic life aspects, I subconsciously dealt with my hatred of life by drinking silly amounts of alcohol, to numb the pain. I’ve always enjoyed a drink previous to my mental health struggles, but no more than your average Joe. Drinking was usually a social activity, one to be enjoyed with my friends—never normally a form of escapism. Alcohol worked in disguising my pain for the few hours before I went to bed, but was always counterproductive with how much I struggled through the following work day. It didn’t stop me repeating that drinking behaviour next day though, ignoring how tough that day in the office was. Work, drink, work, drink, repeat… My mental state declined so rapidly that I didn’t genuinely realise how bad it was getting. The ridiculously low and depressive state I hit initially made it even harder to tell anybody what I was going through—until I tried to end it all. 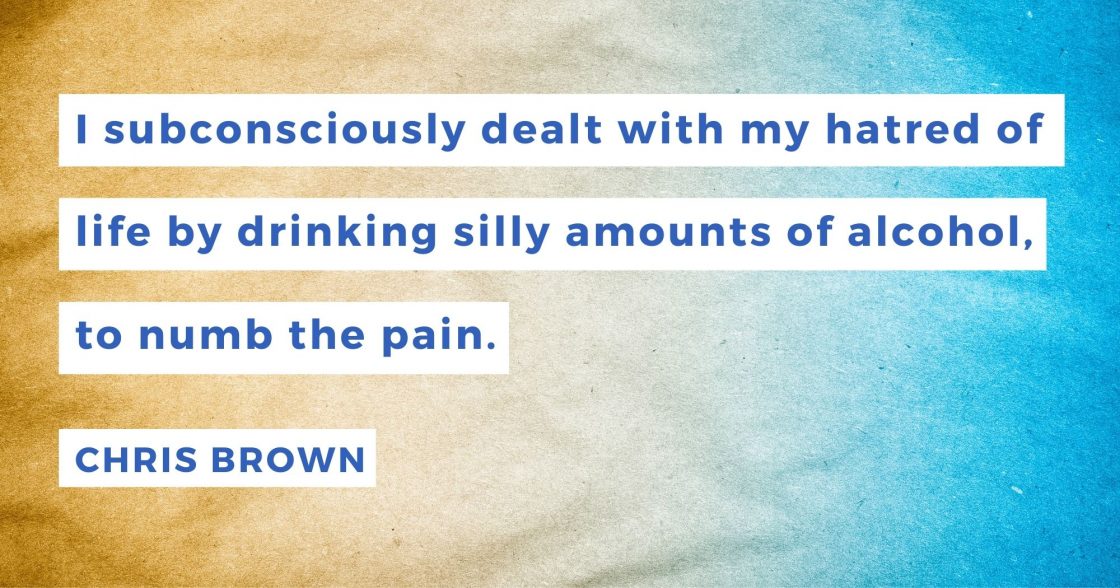 It was then impossible for me not to talk to my dad, to explain why I’d done what I had, to try and make him understand. We had always had a close relationship, but trying to justify an action that nearly led to him outliving his son, was arduous and painful. I don’t think he will ever understand, but he doesn’t need to. He listened, he made me realise that I am loved—which should’ve been obvious but wasn’t to me at the time—he most importantly made me realise that my parents will listen to my issues—no matter how deep they go.

​Am I saying that talking to your loved ones will solve all your issues? No. However, talking about what you’re going through before you do something rash can only be beneficial. The people who love you do not judge, they want to help. 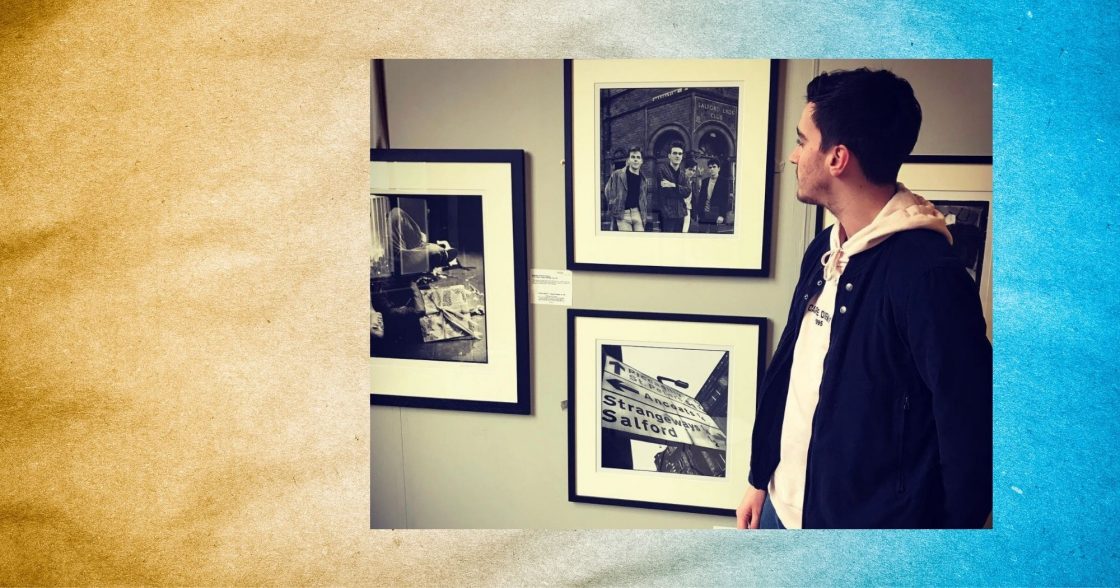 We’ve come a long way in terms of the stigma surrounding mental health, but it still exists. Breaking a bone opposed to struggling mentally are still worlds apart in the public’s general perspective. It’s easy, in this fast-paced, hyper-connected world to feel insignificant but you’re not and, if we all talk about how we’re feeling, it’ll only help break the stigma. 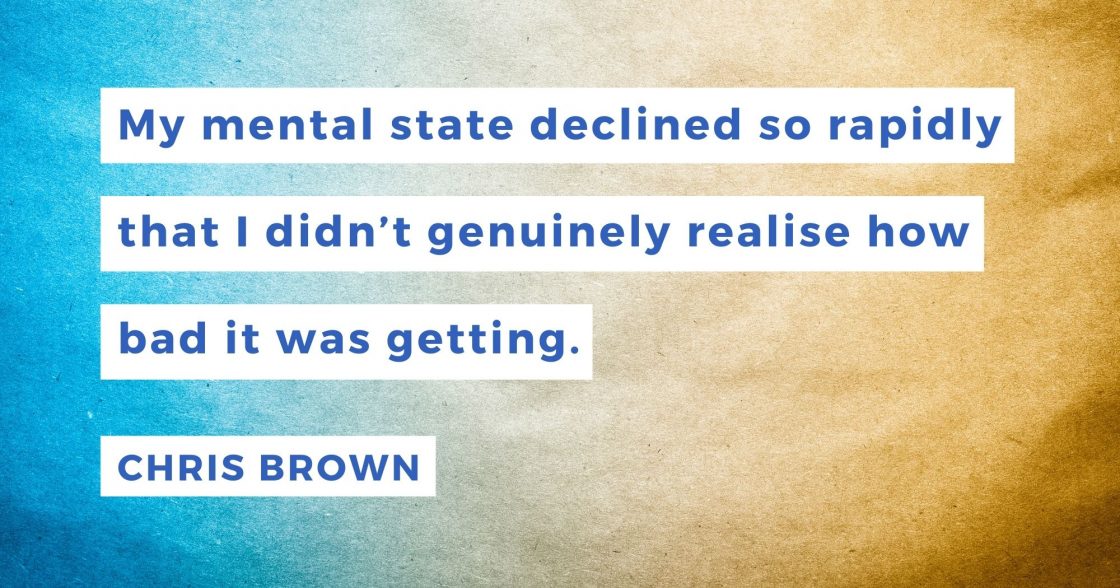 I was terrified of letting my dad down, but I let him down most by not confiding in him. He blamed himself at first for me not being able to speak honestly to him, which was never the case. The support I got from my family after finally being honest was incredible. Whilst I think speaking to loved ones is the most effective practice, it might not work for everyone. I have friends who possess similar stories of their own, who have benefited from medication—although I’ve never been prescribed pills to help deal with mental health, it still should be a consideration for some. I did attend therapy briefly which taught me methods for dealing with anxiety, which I highly recommend. The most essential point for me though is that we all talk about mental health issues freely, to eliminate the stigma that still surrounds it.

​Fast forward four years since my most serious suicide attempt to now, I’m a completely different person. I rarely ever drink in the week as I value good quality sleep more so I can perform better in my job. I’m working as a teacher which perhaps has enabled me to be much more self-reflective overall about my past. I found it practically impossible up until now to discuss any part of my suicide timeline to anybody. My father reads my mental health articles and although he finds bits of my writing tough to read, he supports me massively as he also realises mental health amongst young men needs to be spoken about more. 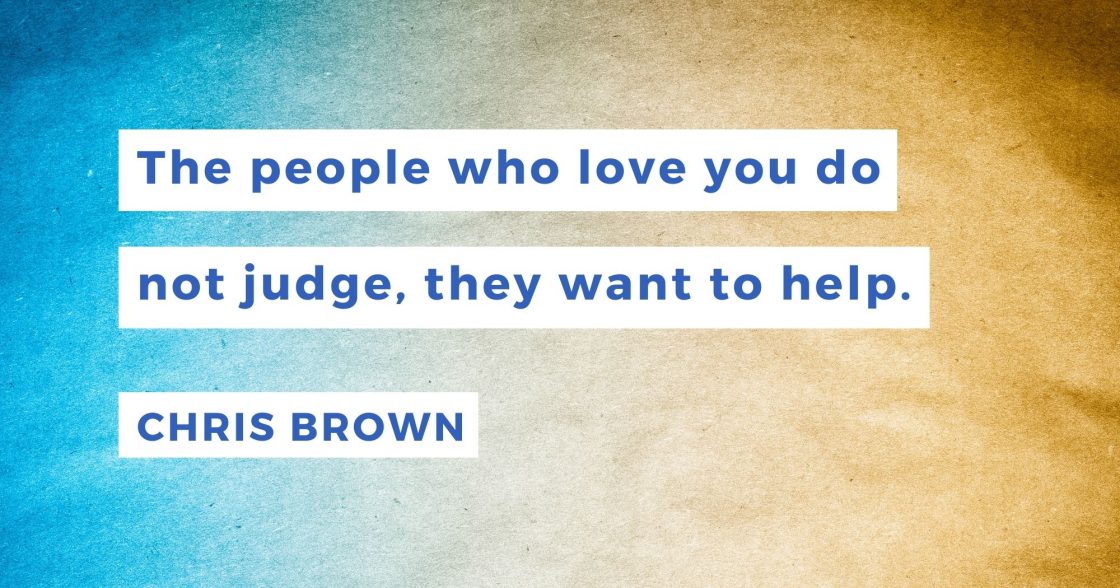 People care so much more about you than you’ll ever realise. Reach out if you’re struggling, when you share your pain and problems, it suddenly lifts a weight off your shoulders. You’re not alone, no matter how much you try to convince yourself you are. You’re loved, never forget.

Skies above can’t be stormy

Since that moment of bliss, that thrilling kiss

(It’s heaven when you find romance on your menu)

I’ll finish with the ending to our opening song, alongside my reasoning for how it fits into this piece. It might not be coupled romance when referring to the general definition, but there’s romance with how much the people around you love you—even if you still struggle to comprehend it after reading this. You’ll find romance and self-love upon speaking to those around you, trust me. Stay strong, you’ve got this. 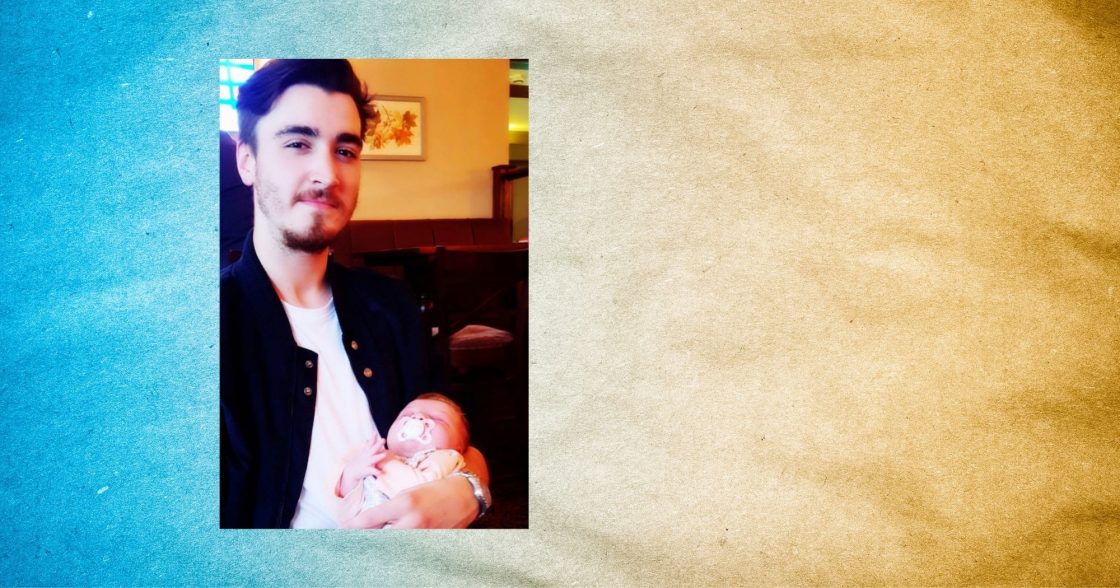 Chris Brown is an English bloke in his mid-twenties who is determined to alter the stigma surrounding men’s mental health. It took him years to overcome the anxiety of being comfortable enough to write about his past experiences… but here we are. Chris used to write predominantly about football and music, take a look here.

While hospitalized under the mental health act, Dominic found himself feeling hopeless and desperate to end his mental pain, read his story to learn how he moved through the pain and found hope again!