Addiction and Schizophrenia: Journey to Independence 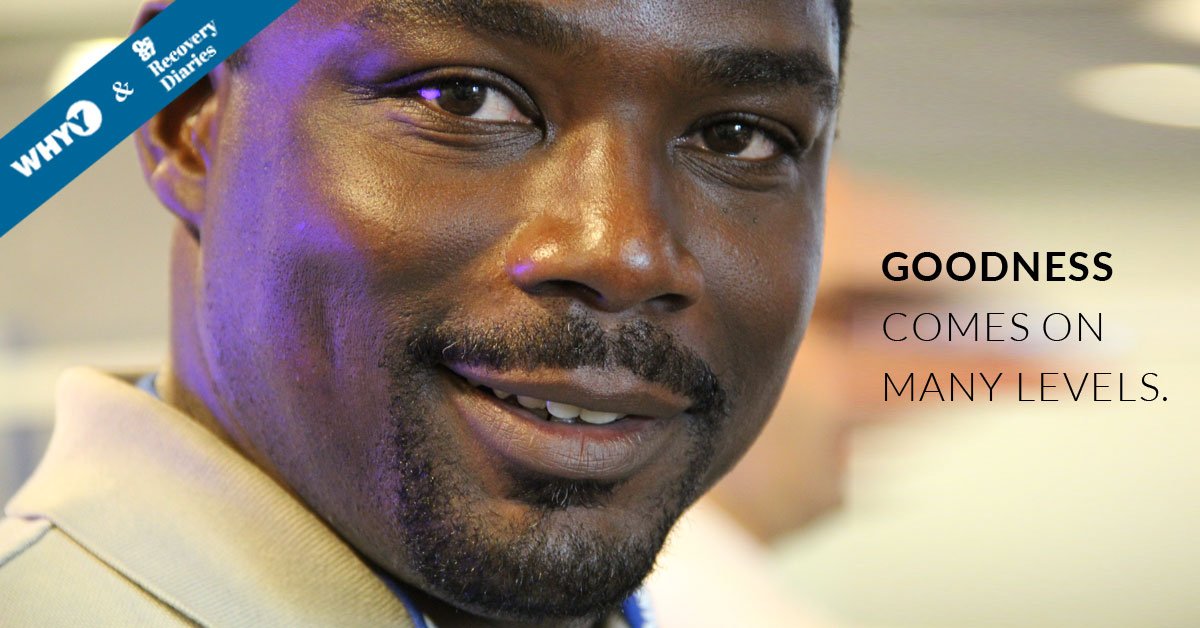 Eric Cureton’s life — like all of our lives — can be viewed as a series of transitions. He and his video partner Richard Canty decided to use the idea of “transitions” as a structural device to tell Eric’s story.

Eric lives with schizophrenia and has a history of substance abuse.

Hello my name is Eric Cureton. I’m 37 years of age and this is my story.

I wouldn’t take care of myself. I couldn’t hold a relationship. I burned all my bridges. I lied, cheated, and stole.

Eric’s story begins with sadness and isolation. His parents died, and his relationship with his siblings was a difficult one.

He was unhealthy. He abused his body and wandered the streets at night, looking for momentary fixes for life’s problems. He reached a very low point when he was without a home, without a reason to move forward in life.

I used to sit in my basement a lot and drink in the dark and come out when it was way passed when you [were] actually supposed to be asleep. I was outside in the street running around, trying to get what I can get — eating out of trash cans. And you know, just standing outside convenience restaurants asking for change.

One day I was getting clothes from a friend of mine, you know, some things that I could put on because I had nothing to wear. And I went to the bar, then I went down the street. 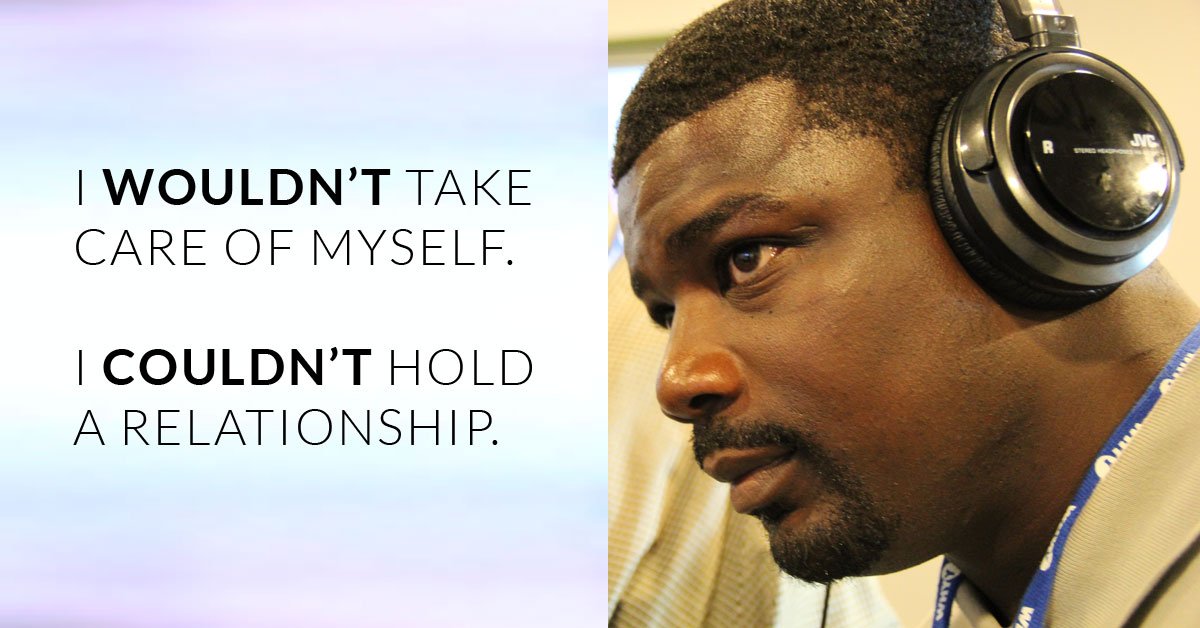 I had copped me a nickel bag and I was in this abandoned house. I was smoking, and something just popped in my head, like, you know “He’s kicking you out of the house, so you have nothing else left to lose.”

So I started a fire while I was doing crack cocaine.

And from that point on, I knew God touched me.

That night, Eric began his climb toward a life filled with hope and meaning. Eric was arrested and court ordered to enter treatment at Norristown State Hospital.

[The hospital was] like a jail almost. Someplace I did not want to be.

In the meantime I was hearing voices. So I would take my meds at night, and I still felt like people didn’t know who I was. I was prepared for anything, though. If anything was to happen, or pop off, I get into a fight — which happened — I would be alright. 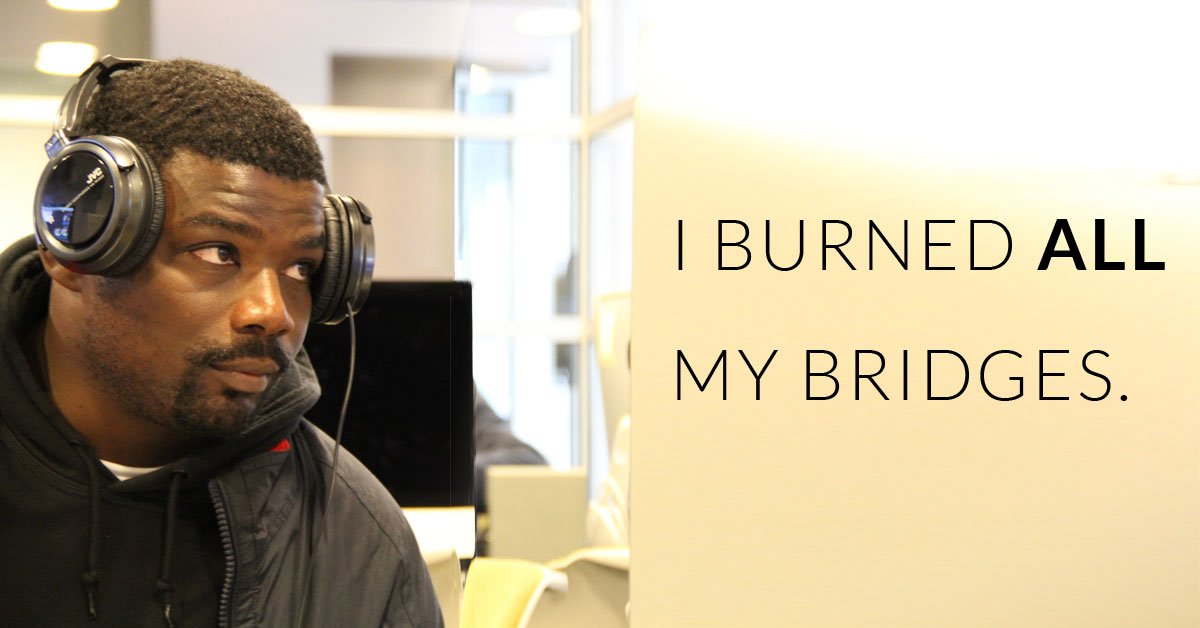 After about a year at Norristown State, one day Eric was ready to move on. He transitioned to Girard Medical Center and was granted more freedom in a friendlier atmosphere.

I wasn’t feeling good when I first got there, because I didn’t know what the requirements were to actually like, fit in. Or to get people to like you. Because I was a people pleaser, you know what I mean?

One guy that I really got along with through my transitioning from Norristown to 8th and Girard was this guy named Raymond. And we used to sit down and drink coffee.

You know, he was in a wheelchair, he did things on his own. I was cool by that. I didn’t have to go in there and flip the script and do things for him. You know what I mean? He had it done himself. I felt encouraged.

Goodness comes on many levels, you know what I’m saying? When you’re mentally stable and got a good heart you can start to develop off of other people. And that’s just the way I felt. 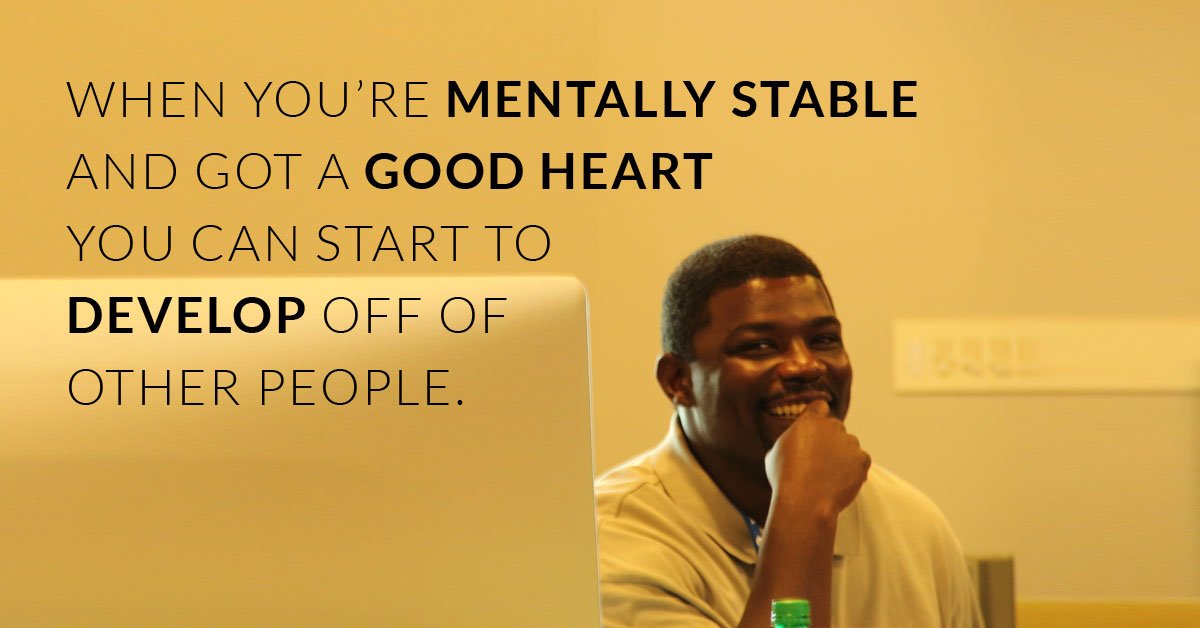 After about 10 months, Eric was ready to transition to Gaudenzia, a treatment center closer to his neighborhood, where he received a range of services and supports.

When a counselor first came to see me, I was happy. I felt like I was in a comfortable place, I knew the neighborhood. You know they hooked me up with a whole set of people that I can reconnect with, once or twice a week. And we would go out, do a little bit of shopping, go bowling, things of that nature.

Finally, with the right peer support and life skills, Eric was able to transition to independent living. 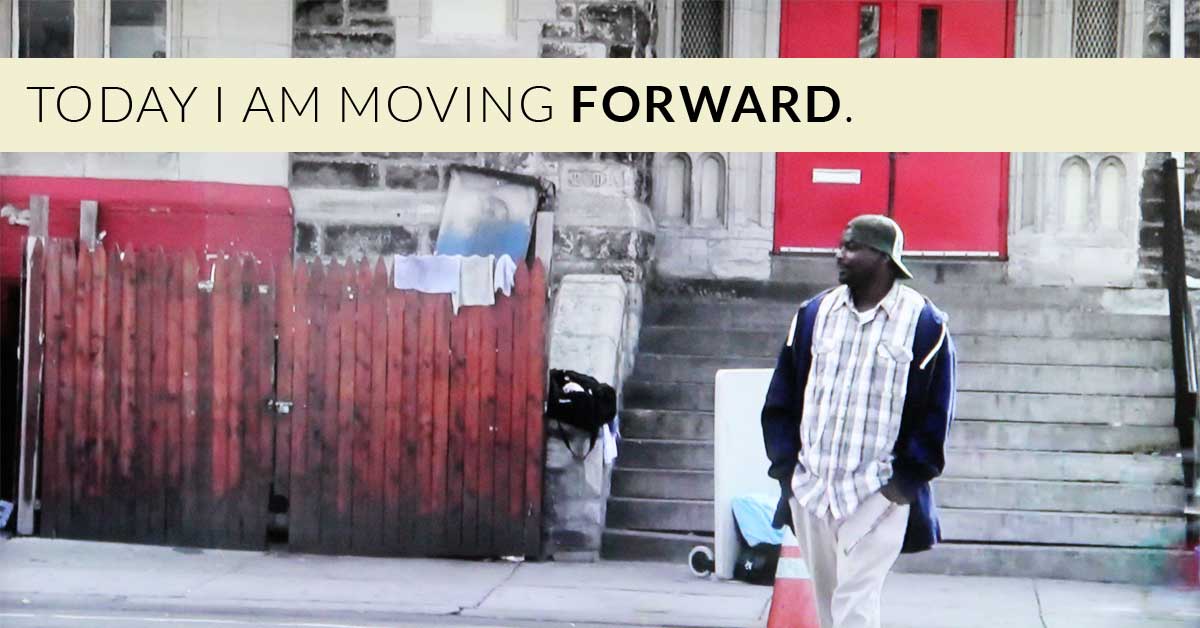 It feels good. I get to cook my own food, which is extraordinarily good, I get to meet new people out in the community.

When I first lived in my apartment, with that comes responsibility, so I had to meet some responsibilities, and I just felt aware of having new freedom. It was a good thing for me, you know?

Today I pay my bills. I live independent. I have lasting relationships. Everyday I do my best. Today I am moving forward becoming a productive member of society.

Now that Eric lives on his own, he has visions of getting a job someday. He accesses peer support services through PeerNet, which is part of the Mental Health Association of Southeastern Pennsylvania. He is building a positive social network, and enjoys going to sporting events with friends from his PeerNet community. 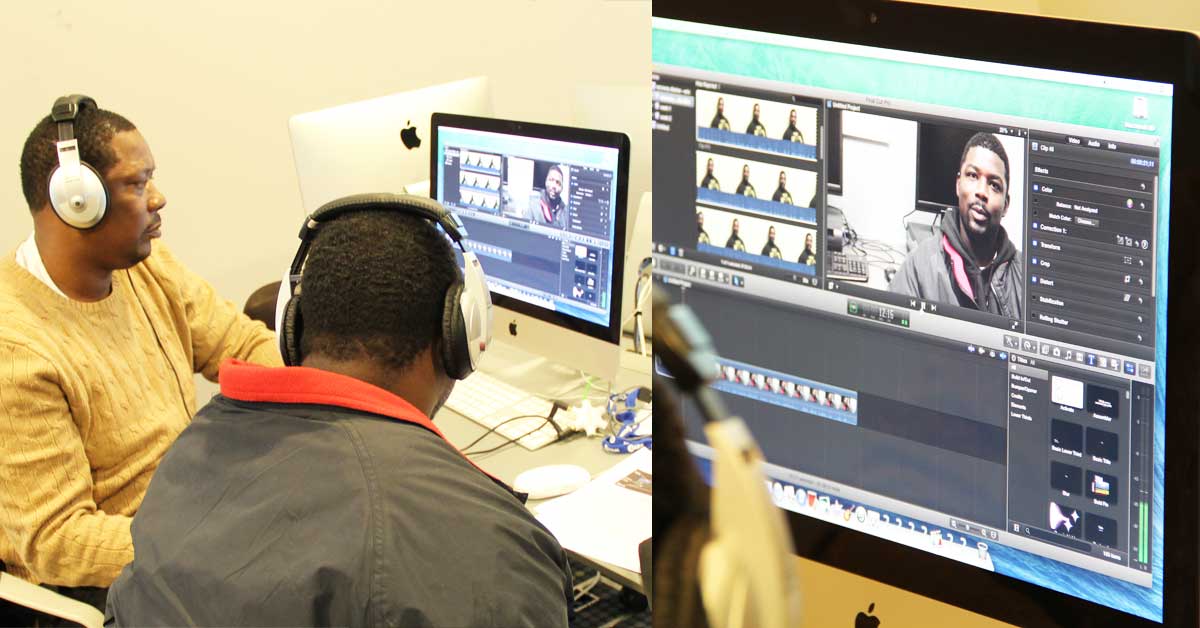 Richard Canty, who worked with Eric on his video, is Eric’s recovery coach.

“My relationship with Eric, is one in which information, encouragement and hope flows back and forth between recovery coach and peer,” says Richard. “The relationship is professional, however, it feels genuine, and mutually invested.”

Eric’s story is a superb example of a shift in the recovery movement that views recovery as a personal journey, rather than a set outcome. He has lived through a series of empowering transitions that create hope and meaning in his life. Along the way, he has uncovered a strong sense of self, created supportive relationships, and learned coping skills that help him make it through each day.

The journey is the story.

Eric’s video is part of the collaboration between OC87 Recovery Diaries and public television station WHYY. The partners teamed up with first-time filmmakers to create a new series of videos that tell inspiring journeys of recovery. 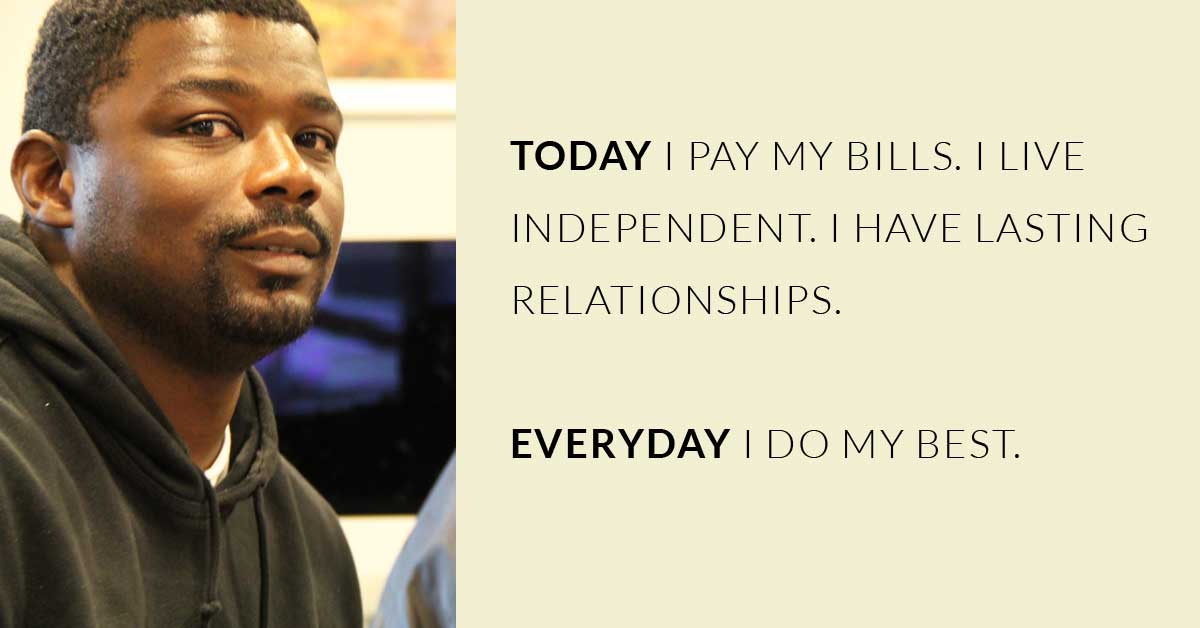 To cope with depression, Grace Kim set out to do something scary every day, and the Best Day Project was born, giving Grace a new perspective on life.