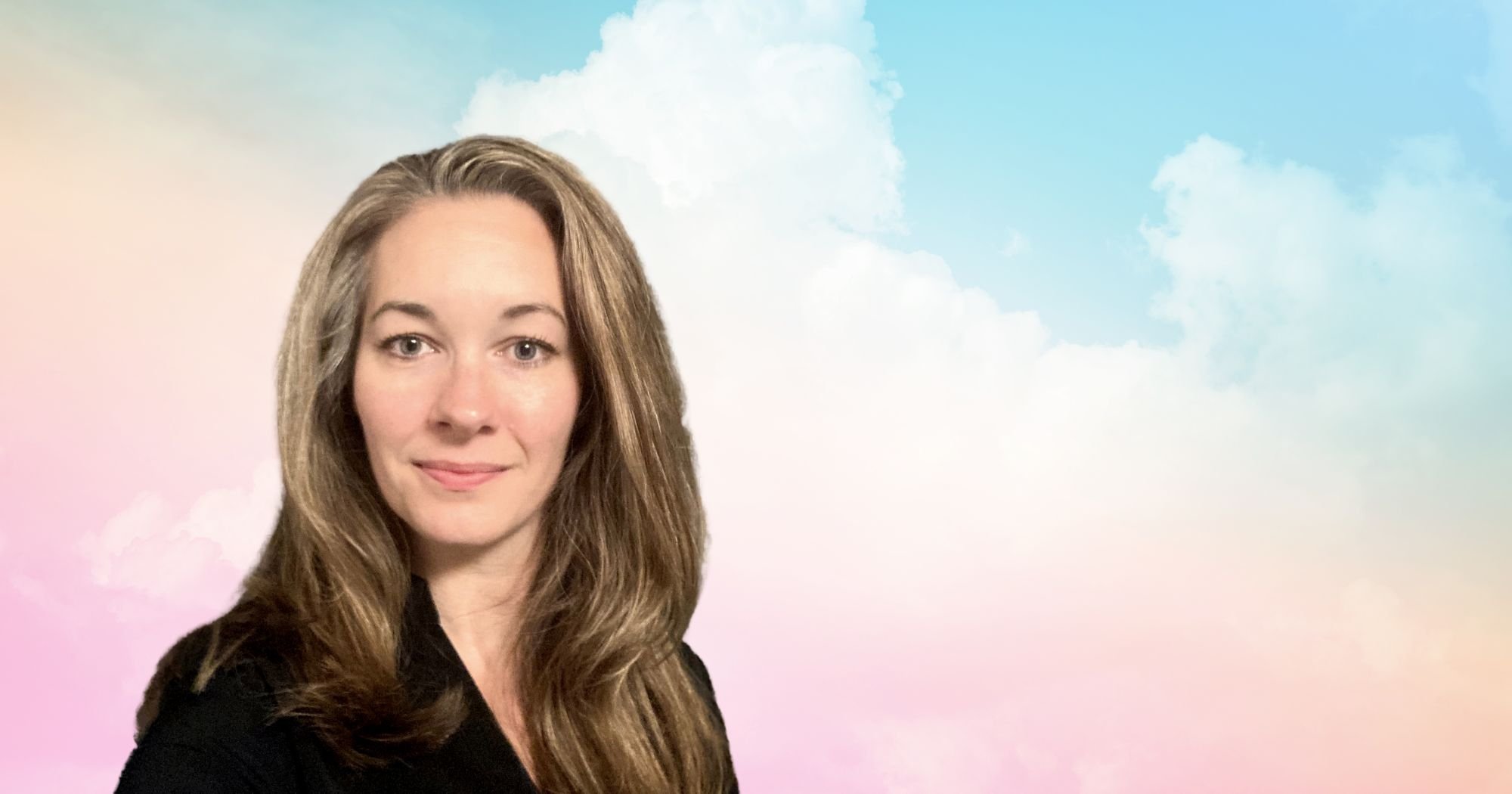 While I am happy to report that I have been mania-free for almost two years, it still haunts me. The reality is that manic episodes are never very far from me. Even on medication, I can feel a manic episode within reach, unless of course, I want to be so medicated that I am a walking zombie.

Over the last two years, I have worked very hard to cultivate my self-awareness and implement tools and strategies to help keep me safe and stable.

It’s important to me not to have a manic relapse because I don’t want to put my family through it again nor do I want to go through it again. My manic episode, while it had its highs and delights, was also very scary.

I had just finished taking an amazing course on the importance of cultivating fun and play as an adult. I was skipping on clouds and also literally dancing and waving pool noodles (#poolnoodlewave is a movement that stuck). 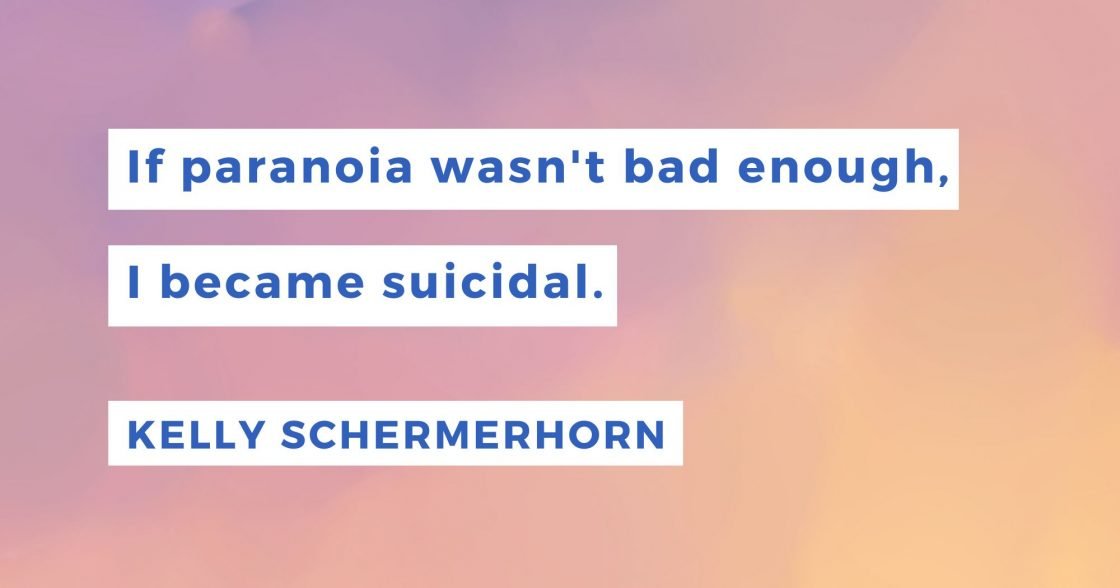 I was happy, joyful and on an energy high. Not even knowing what bipolar was, I had no idea that this energy high was dangerous. Instead, I rode the energy high for weeks. And, for weeks it was fine; until it wasn’t. When my energy high mixed with a ‘perfect storm’ of stress—the switch flipped.

I had been trying to balance many spinning plates of stress—the isolation of the pandemic; working for a healthcare improvement organization in 2020; leading our marketing team’s COVID response; witnessing the umpteenth divorce in my family; a breaking heart over racial injustice; and the polarization happening in America at the time—I snapped.

Suddenly, my speech was too fast, my thoughts too rapid, and my sleep insufficient. I became paranoid that my family was going to be harmed driving down the road or crushed by a power line. I thought my friend died in a pool and I feared that my spouse would never come home. Paranoia was the absolute worst.

​Or, so I thought. If paranoia wasn’t bad enough, I became suicidal. As a person who loves life, it scared the bejabbers out of me that my brain flipped.

I suddenly saw the “Dead End” sign in my neighborhood. I questioned, “was that sign always there? Why did it now read, “DEAD End?”

Then, I was at the gas station, and I read the dangers of fuel ingestion. I thought, “Really, fuel ingestion can lead to death? Fascinating!” Wait, what?!? Has that sign always been there? Why would I find that fascinating? More like creepy!”

Finally, I’d see a knife on the counter and immediately see it as a self-harm device, not as kitchen cutlery. 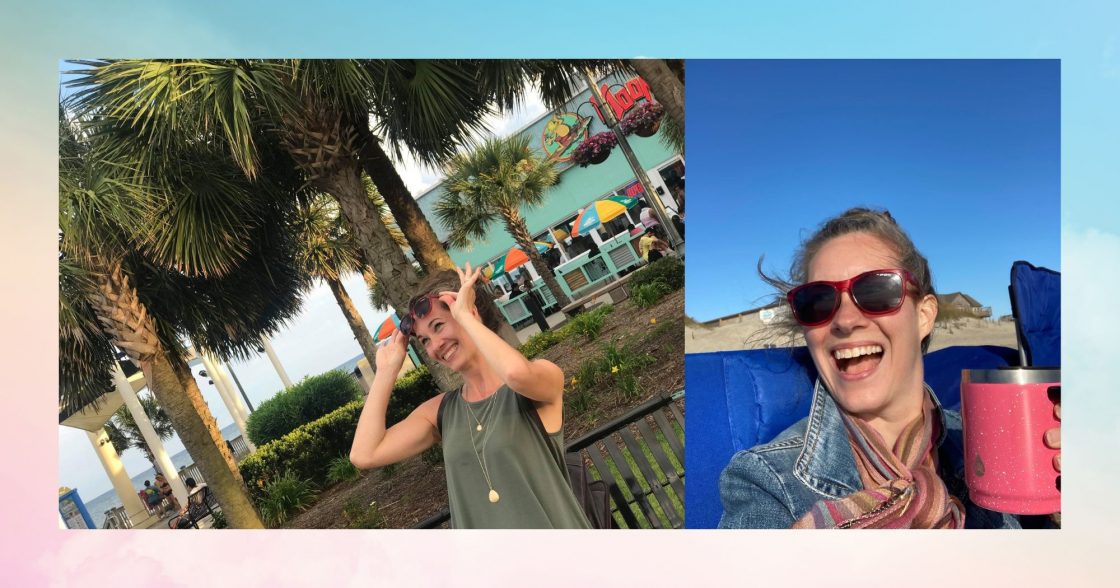 While I was limited to suicidal ideation, that was scary enough. I wanted to live and have, thankfully, never had any other thoughts but a zest for life.

I admitted myself to an inpatient mental health wellness site where I received two weeks of inpatient care.

Now, two years later, I still fear relapsing into a manic episode. I know I shouldn’t fear, but I still do. 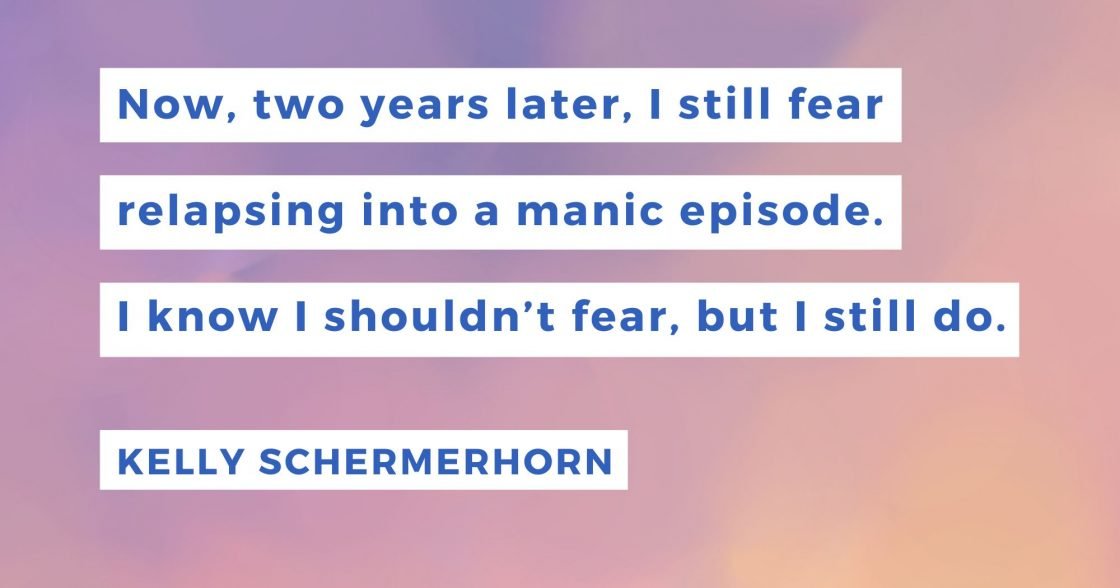 I fear, when I go to sleep and wrestle in the night, that I’ll wake up a different person in a manic episode.

I know fear only exacerbates the problem. Therefore, I try to focus on some of the tools that I have found very helpful, useful, and successful over the last two years.

First I start with my faith. For me, my faith is very important. So, in the middle of the night, as goofy as may sound, instead of counting sheep, I envision myself playing baseball with Jesus.

I am on the pitcher’s mound and Jesus is the catcher. I’m throwing the ball hard and He’s catching every single one. Then, He’s setting each ball aside; keeping that ball safe. Except for the balls that I’m throwing aren’t balls, they’re actually my ideas and thoughts.

One of my challenges is a high level of nocturnal creativity. But, I’ve learned that reaching for my phone, not only lights up my face, it lights up every creative cell in my body, which turns me completely on when I need to be turned off and sleeping.

I cannot skim by this point; engaging in my creative ideas in the middle of the night, while seemingly an harmless artistic exploration, is highly dangerous for me, a person with bipolar. Instead, I must focus on limiting my creative energy at night and growing my hours of quality, deep sleep. 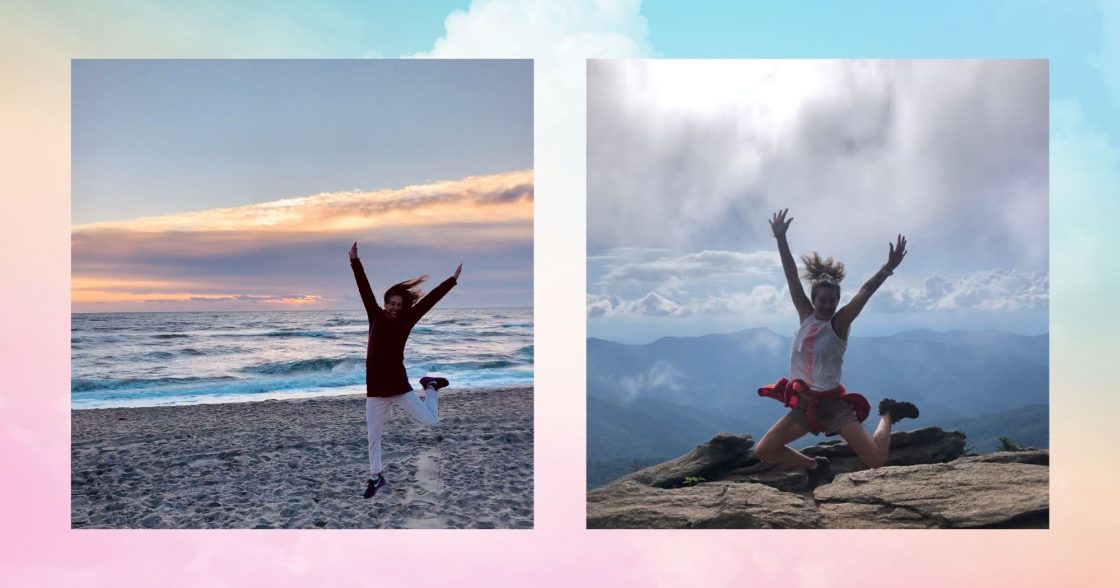 Thus, while I love the thoughts and ideas that come to me in the middle of the night, I must refrain from writing them down, a tactic that works for many, but doesn’t work for me.

Instead, I hit the ballfield with Jesus. Every thought or action that comes my way, instead of leaning into that thought and letting it take me on a wild journey, I take that thought, crumple it into a ball and throw it into Jesus’s catching mitt. I trust that Jesus is going to keep that thought, that creative idea, the artful concept safe and He will give it to me tomorrow or another day, when my brain is rested and the time is right.

Playing baseball with Jesus is one of my favorite nightly rituals. But, if that doesn’t work, I turn to yoga. 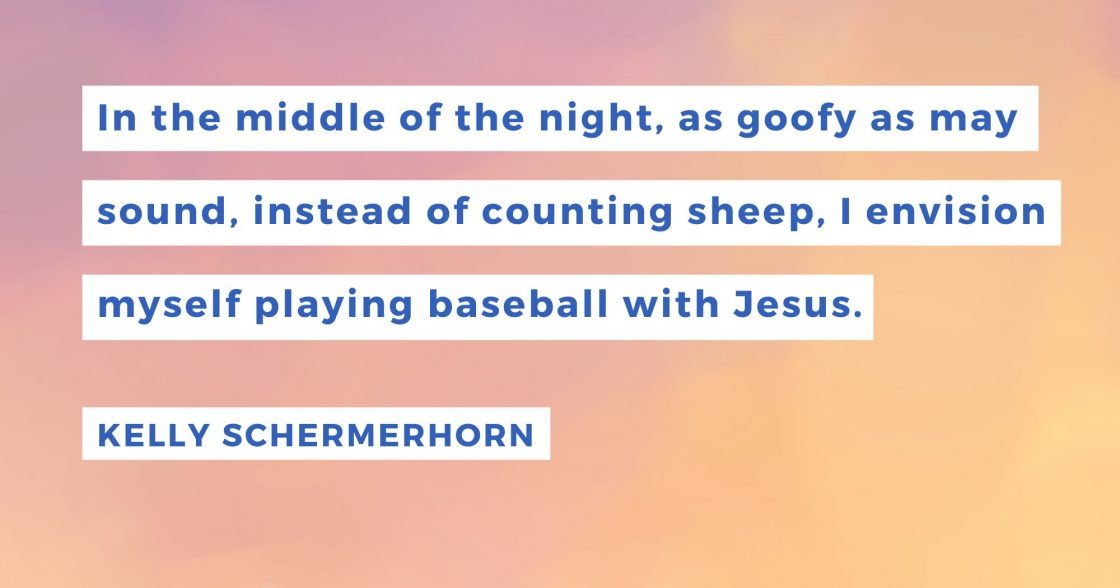 I have found yoga with Adrienne‘s 12-minute wind-down practice immensely satisfying and 100% successful. Of course, I have to have enough energy, beyond my energized brain, to want to do yoga. But, when I do yoga it’s so physically rewarding for my body, calming for my mind, and exactly what I need to send me back to a good night’s rest.

Some of my favorite moments in this particular yoga with Adriene track are:

When we bring our knees up to our chest and we hug ourselves, I give myself the biggest, tightest, best, most secure hug. I feel safe. I feel comforted. I feel relaxed.

​Then, there’s a time when we do a supine twist, in which Adrienne invites us to think about being a twisted rag with all of our stresses from the day being wrung out. This position reminds me that all of my concerns and worries are being twisted and wrung out dripping from my body. But, Jesus is catching all of those worries and taking care of them!

Finally, toward the end of the practice, Adrienne invites us to lie completely on our backs and think about being fully supported. I imagined myself being carried on a strong, stable rock that is supported by Jesus. We always hear that we are standing on the solid rock of Jesus. I imagine being weightless as this rock is carried throughout my life, with good decisions being made on my behalf as I am watched over and cared for. 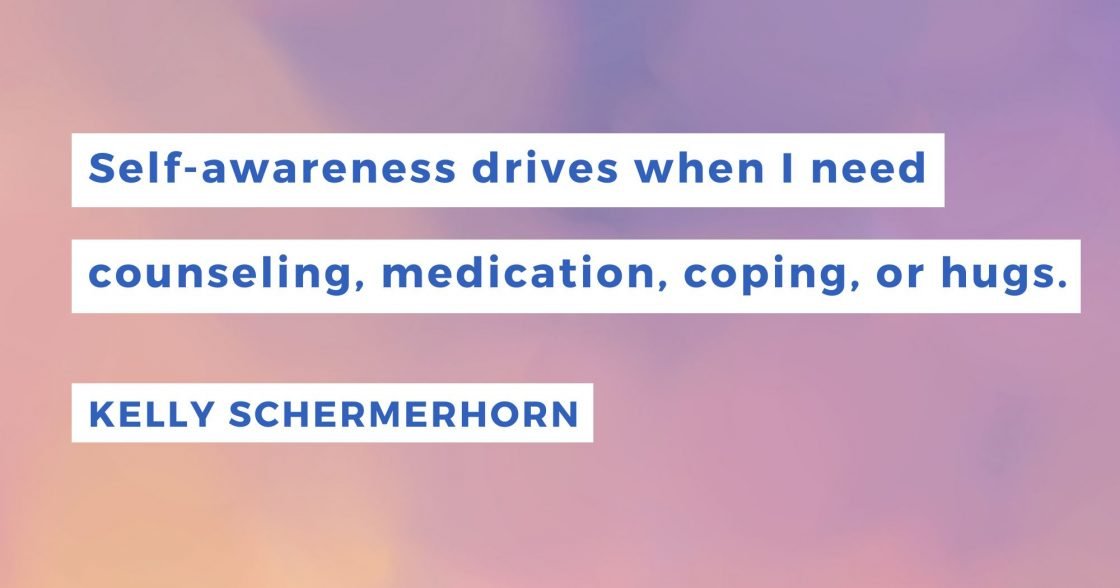 Between the yoga practice and this faith-based imagery, I fall asleep like a baby.

Finally, once back asleep, I woke up the next day as me. Stable, safe, fun-loving, sun-shining me!

Trusting is just one part of my recovery. While getting a good night’s sleep has been instrumental in my wellness, the biggest differentiator in remaining mania-free has been self-awareness. Self-awareness drives when I need counseling, medication, coping, or hugs.

Many things and, most importantly effort, have gone into my recovery and stabilization—with sleep being a major contender. So, tonight when I go to bed, I’m again going to wake up feeling confident that I’m the stable, safe, fun-loving, sun-shining me! 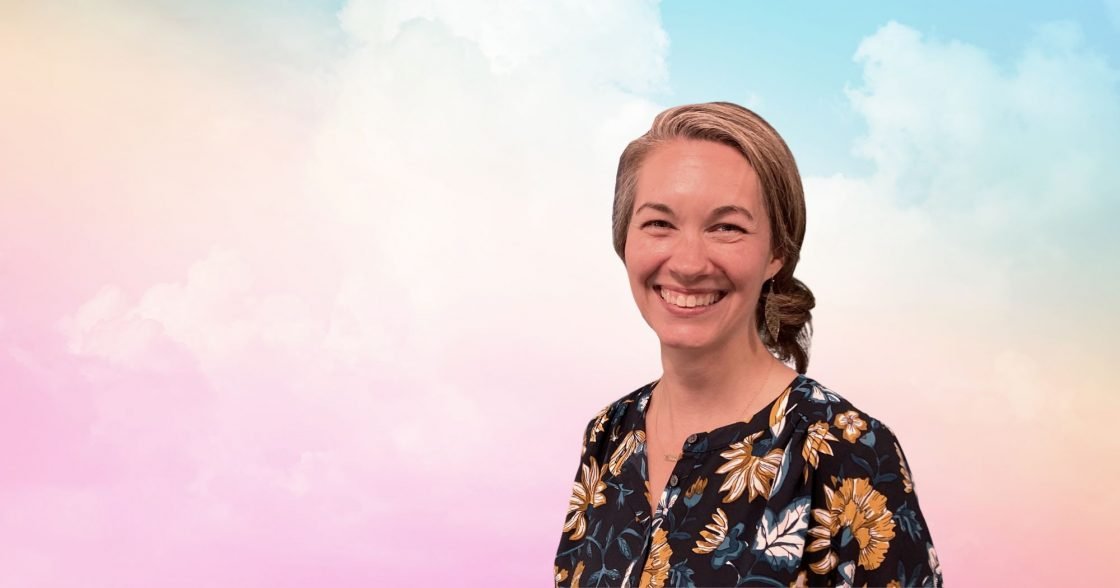 If you or someone you know may be in crisis or considering suicide, please call, text, or chat the Suicide & Crisis Lifeline at 988.

Kelly Schermerhorn identified as a lifelong accolade-collector and overachiever until she was diagnosed with Bipolar in 2020. On her path to diagnosis, Kelly learned to turn her self-hate into self-love. She ditched collecting accolades in return for being her authentic self. She's now on a journey to kicking the mental health stigma to the curb by sharing about her bipolar journey on social media (#MyBipolarJourney). She can be found on LinkedIn, which is where she currently does most of her advocating.

Living with anxiety and working as a housekeeper in a nursing home, Veronica L. Asay keeps herself together as best she can, pushing her cart, holding on for dear life.